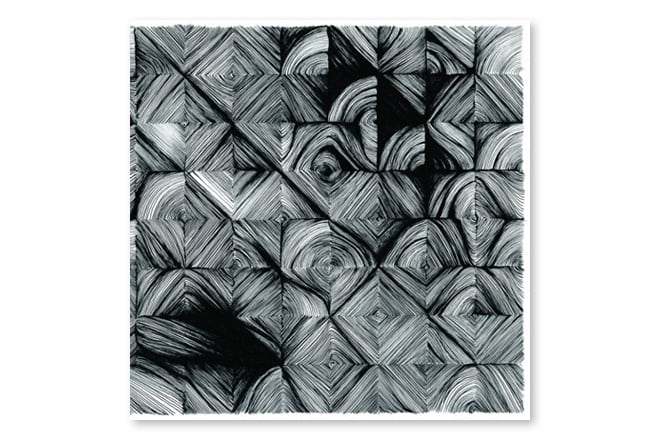 It’s no surprise that Gold Panda (first name Derwin, last name unknown) hasn’t been the most prolific of beatsmiths over the past few years.  Lucky Shiner landed like a ton of bricks in 2010, and it was always going to take time to build another collection of tracks that could even begin to match the impression that his early work made.  This cheeky four-tracker is a solid effort though and does stand on its own as a quality piece of ambient electronica.  Good work Derwin.

Trust feels much more stripped back, cleaner and less cluttered than any of his previous efforts, meaning more space for fatter synths to weave in and out of each other.  The intro is  a bit on the moody side, but that moodiness is necessary to ease the transition into the title track ‘Trust’.  When the warm horns kick in they seem to draw you in to an uncanny sense of melancholy.  Kind of like going out to sea on a foggy day.  Kind of.

A thudding 4/4 backbone frames slightly off-kilter melodies, leading in to ‘Burnt-Out Car In a Forest’.  Here, clashing hi hats give way to an assortment of clicks, claps, bells and bloops, which keep the EP driving forward freely.  Derwin even claimed on Twitter that this is the best song he’s ever made.  Worth a listen for that statement alone.

Which leads us to ‘Casyam_59#02’, the slow-burner.  This is Gold Panda in downtempo gear, going for the jugular in terms of sincerity.  Although he doesn’t quite hit that mark, it’s still a soothing end to the record, more meditative than mawkish.  It’s also the best exhibition of how Derwin’s mastery in arrangement has developed.  The synths are nowhere near as rough or fuzzy as they were on Before and the cuts are kept on much tighter reins.

That said, I suppose part of the charm of his earlier releases did stem from their raw, gauzy quality.  It’ll be very interesting to see what the album brings later this year.  Now that Derwin has sharpened his tools, we may have to get used to a more refined Gold Panda.  A polished Gold Panda.