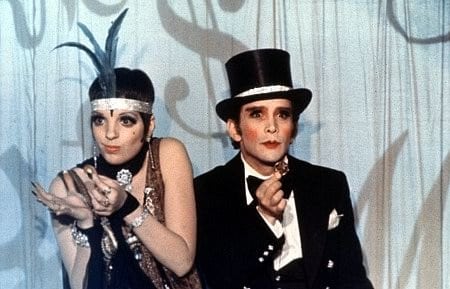 This film follows the Muppets on a journey to reunite in order to save their old theatre from an evil oil tycoon. With songs by Flight of the Concords’ Bret McKenzie, who won an Oscar for the wonderful ‘Man or a Muppet’, it is one of the happiest films I have ever seen.

Funny Face stars Audrey Hepburn and Fred Astaire, both on form, as the reluctant model Jo and fashion photographer Dick Avery respectively. This is the best film to cheer me up on a rainy Sunday afternoon with beautiful views of Paris and a wonderful wardrobe.

A tale of doomed love between a young poet and a beautiful courtesan, loosely based of Verdi’s La Traviata, Moulin Rouge is a modern masterpiece.  It has a sumptuous set and a brilliant score that reworks modern songs into the 19th century time frame. It is a film that is a treat for the eyes and ears.

With an unforgettable performance by Tim Curry as Dr. Frank-N-Furter and classic songs such as ‘The Time Warp’, The Rocky Horror Picture Show has become famous for its devoted fans and midnight screenings. A true cult classic.

While it may not have the cheeriest subject matter, being set in Berlin during the early 1930s, Cabaret is a truly great musical. Winning 8 Oscars, it has brilliant songs and fabulous performances from the whole cast especially by Liza Minnelli and Joel Grey.