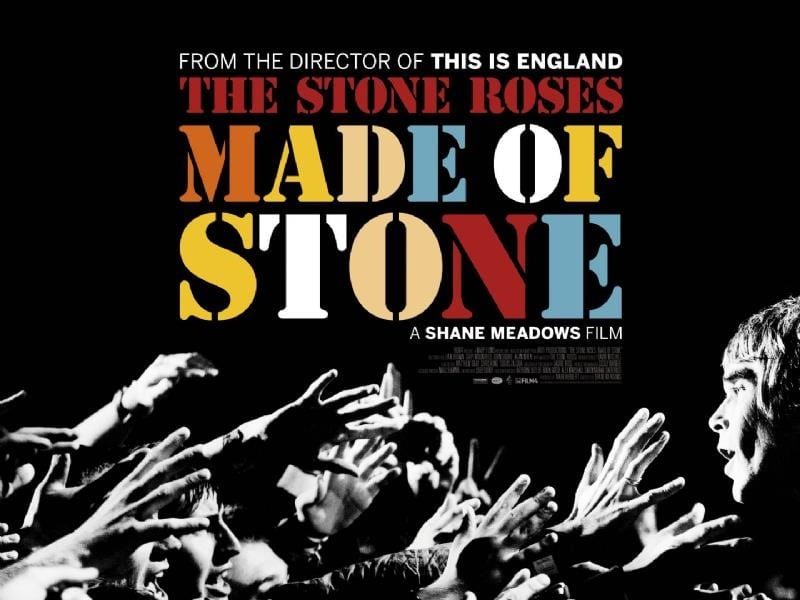 Preview: ‘Made of Stone’

June 2013 is a red letter date set in the diaries of all Stone Roses fans. Almost a year on from their much anticipated reformation the band are set to be the subject of Shane Meadows’ latest big screen project, Made of Stone. Despite missing the infamous 1990 Spike Island gig Shane Meadows has been offered a chance to recapture his youth by documenting one of the most anticipated comebacks in music history.

Having shelved a major personal project, in addition to receiving unrestricted access to the band since the early stages of their resurrection, Meadows will bring audiences a fanatic’s insight into the Stone Roses; one filled with poignancy, nostalgia and ecstasy. Meadows has stated that Made of Stone will capture the tension and excitement of the four piece coming back together without attempting to expose any member; after all, this is Shane Meadows, not Michael Moore!

The promise of interviews with fans, unreleased rehearsal footage along with professional film of various concerts leading up until the shows in Manchester’s Heaton Park is bound to entice fans who have spent hours trawling YouTube for snippets of rehearsal footage. For any fan that was caught up in the buzz of the resurrection, Made of Stone promises to allow them to relive the excitement once more from the comfort of their cinema seat.

Shane Meadows is an auteur director known for his biting realism and use of music within cinema, having directed films such as Dead Man’s Shoes and This Is England; two films which attempt to bring aspects of British life to the screen whilst incorporating music from Aphex Twin to Toots and the Maytals. Meadows’ honesty, directorial eye and passion for The Stone Roses are bound to produce a film which stands out as being both musically stunning and cinematically breath-taking.

Made of Stone will premier in Manchester at a venue which is yet to be announced; the premier will feature a Q&A session with both Shane Meadows, Ian Brown, John Squire, Mani and Reni so keep your eyes peeled for the mystery venue! For those who do not get a ticket, the premier is to be screened at many cinemas across the UK with both the Cornerhouse and the Didsbury Cineworld partaking on May 30th.

Made of Stone, surely a must for any Stone Roses fan; you would be foolish to miss it!