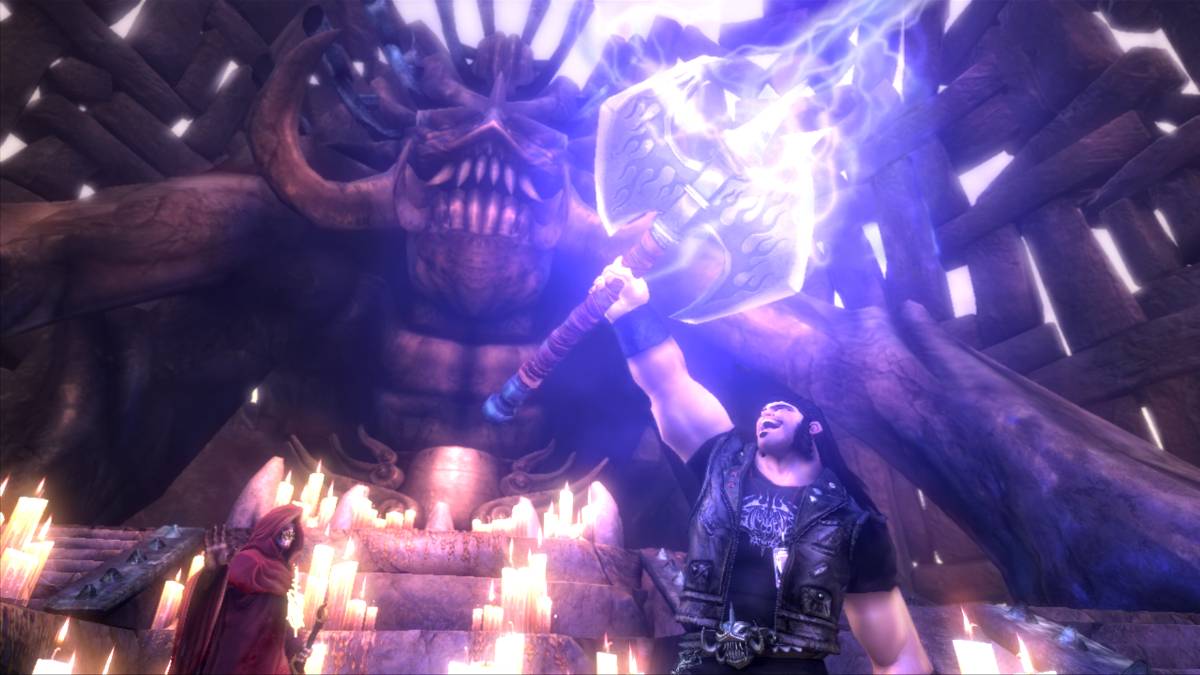 Just in time to save freshers from spending huge quantities of their student loan on games, Humbe Bundle Inc. have released the ninth Humble Indie Bundle. The concept of the bundle is to sell a set of four games and allow the buyer to name their price. If you should pay more than the average spent, two bonus games are unlocked. At time of writing, the average price paid was $4.61 or £2.90. Soundtracks for all of the games are also included.

Included in the latest Humble Bundle is Brütal Legend, the action adventure game starring Jack Black as a Nathan Explosion-esque roadie who finds himself in a fantasy world that echoes the artwork of his favourite artists. Paying more than the average also gives you FTL: Faster Than Light and Fez, both of which are outstanding titles. Fez is a mind-bending platformer that has seen successful releases on PC and consoles. One of the early Kickstarter success stories was FTL, a game that tasks you to strategically make your way across a randomly generated galaxy and deliver your important information before you’re destroyed by the enemy fleet. It draws inspiration from great sci-fi TV shows such as Star Trek and Firefly.

After agreeing to pay, you can also allocate your money exactly as you see fit, dividing between the developers, charities and Humble Bundle Inc. themselves. The promotion supports several good causes, all game related in nature. The Electronic Frontier Foundation is aimed specifically at defending the rights of the people in digital matters in courtrooms and beyond. Another supported charity is Watsi, a website similar to Kickstarter in design that allows people to browse profiles of others around the world desperately in need of medical care and fund them directly, with 100% of the donations going to those in need. Childs Play also benefits, and they aim to bring gaming to unfortunate children in hospitals in the form of games and consoles.

Humble Bundle Inc. also runs a weekly bundle that is worth keeping an eye on as it usually features some top quality titles for low cost. All games in the bundles are for PC, and often support OS X. Purchase also comes with keys to activate the games on Steam, or you can download them directly.