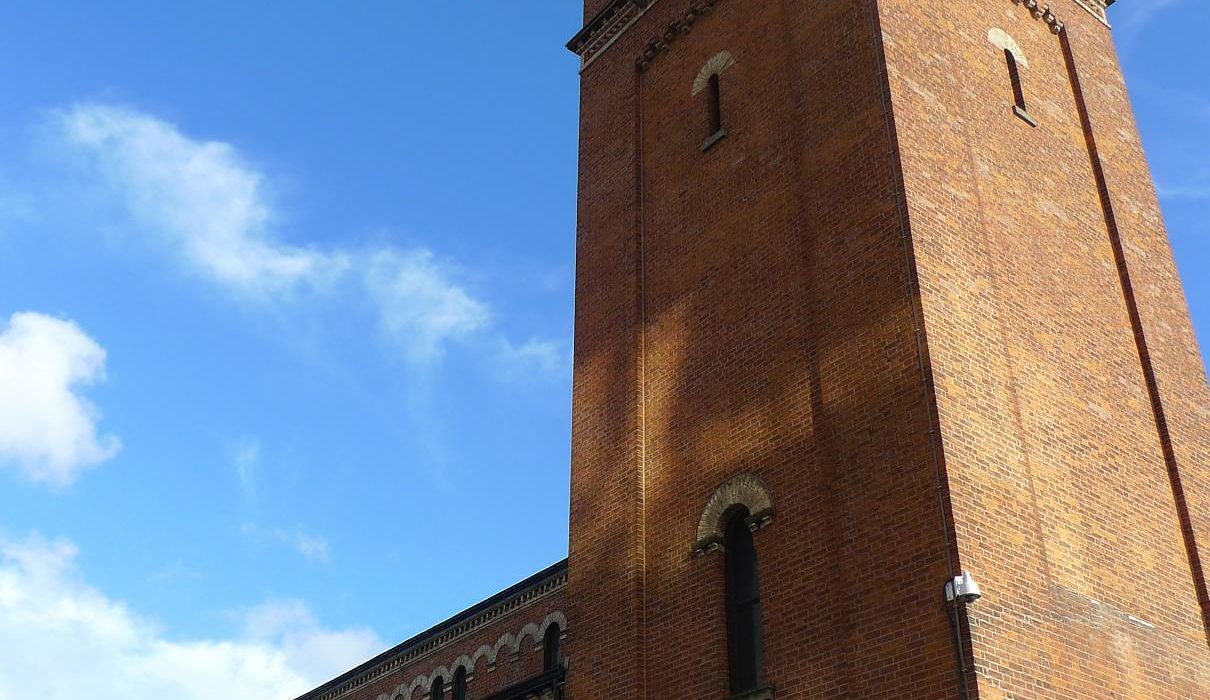 Just behind the Northern Quarter you will find Hallé St Peters, a former church and now a rehearsal centre for Hallé Ensembles.

When Hallé St Peters was built in 1859, Ancoats was a very different place: a thriving industrial district with a population of more than 50,000, scattered with giant red-bricked cotton mills which stood between the Ashton and Rochdale canals. Now, on these once overcrowded streets – Cotton Street, Blossom Street, Hood Street – empty buildings stand quietly, with bricks where windows used to be.

Poets & Players put on a free Manchester Literature Festival Event every year. This year’s line-up featured the two poets Michael Symmons Roberts and Michael Schmidt, alongside the Nat Birchall Quintet – who were missing a member so became a quartet for the day.

It is a beautiful space: white with perfect light coming from stain-glass windows as well as dozens of bulbs. The poets had to stand on a painted wooden-box platform so the vast audience could all get a glimpse of them as they read.

Symmons Roberts read first, after the warm, twinkly jazz. He read poems from his latest book Drysalter, which won this year’s Forward Prize for best poetry collection. The book is composed of 150 poems of 15 lines, which he said he liked because knowing how long each poem will be is ‘one less thing you have to worry about’. He read two of his ‘booth’ poems – ‘Hurricane-booth’ (apparently there’s one at Chester Zoo) and ‘Photo-booth’ – and explained that he found this sort of space subconsciously recurring in his poetry.

Schmidt read from his new collection of poetry Stories of My Life, which included a mesmerising elegy called ‘Agatha’ about a school-friend of his who died. The poem was written much later than the event so that the childishness of the voice mixes with adult reflection. The other poem that stood out for me was ‘The Death of the Novel’, a reference to his new book The Novel: An Autobiography (which was going to be called The Life of the Novel but that name was taken). The poem was written on various train journeys, and retells the tragic deaths of a huge list of major characters from classic novels. It made me want to run home and look up all the characters to find out which novels they were from. And I did. 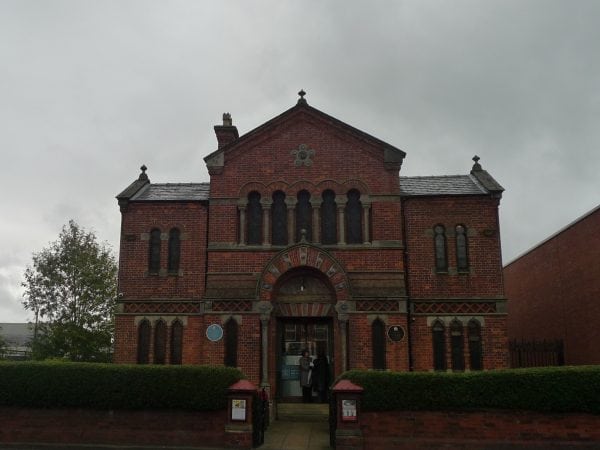 Elaine Feinstein: Memoirs of a Poet 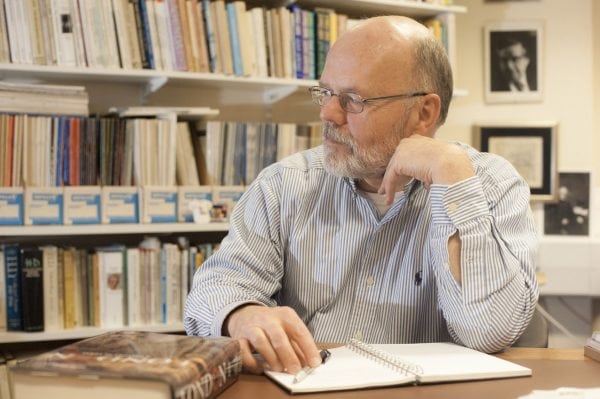 Michael Schmidt on the life of an editor