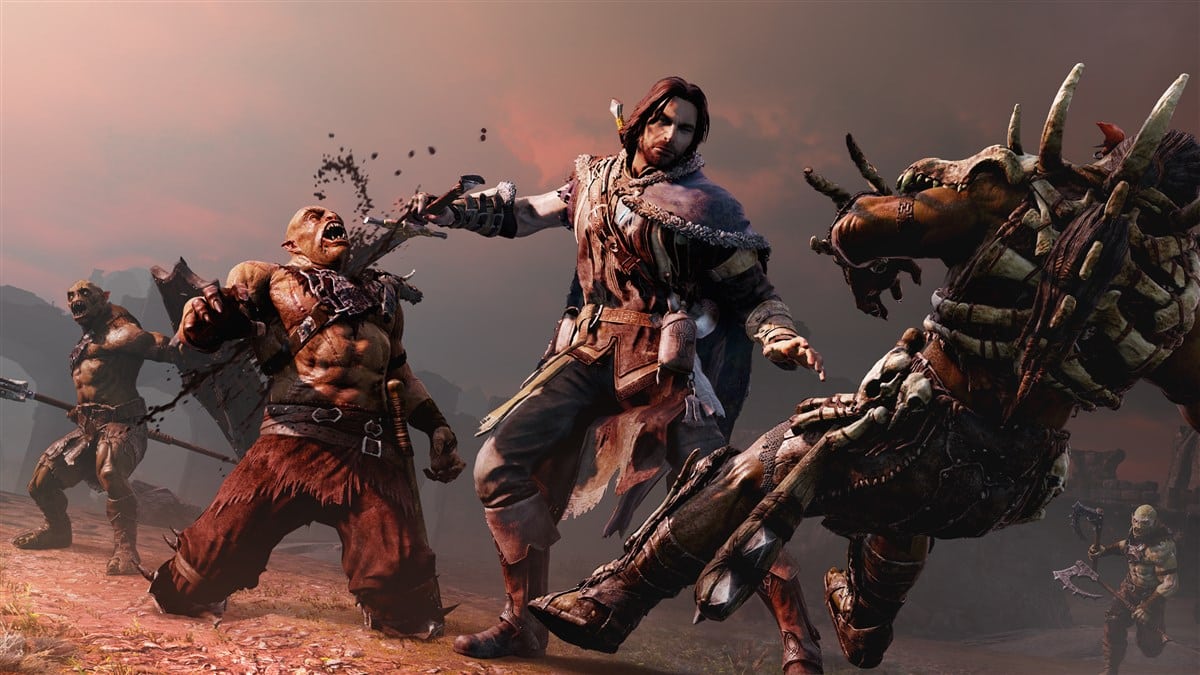 A new year is upon us, which means another 12 months of games to play. With so many releases expected out this calendar year, how do you know which ones to buy? The Mancunion investigates 2014 in games, and gives our recommendations for your annual gaming.

Imagine Assassin’s Creed, but in Middle-earth. That is probably the easiest way to describe Shadow of Mordor. As a big Tolkienite, I’ve been waiting for a good Lord of the Rings game for some time after a series of disappointing releases over the past few years. While I try to avoid getting on board the hype train for new releases, I’m cautiously optimistic for this game. You play as a ranger who is hell-bent on revenge against Sauron’s minions with the aid of a bunch of wraith (see: Black Rider) abilities. It’s set in an open world between the events of the Hobbit and the Lord of the Rings films and boasts a heavily touted ‘Nemesis’ system whereby enemies are procedurally generated with unique personalities. It also claims that their behaviour changes depending on previous interactions with the player which, if they pull it off, could make this game something special. Definitely one to keep an eye on as it gets closer to launch in October. – Nick Jastrzebski

Octodad: Dadliest Catch is one of the first games to go through the Steam Greenlight process and it is easy to see why. You play as a secret spy who must protect his identity from everyone including his family, but this is made all the more difficult because you are an octopus.

The game mixes QWOP-like controls with surreal humour. This sequel deserves your attention simply because it’s just so stupidly funny and charmingly idiotic. This game oozes slapstick constantly, mundane trips to the supermarket become ordeals as you struggle to hold onto groceries without knocking over trolleys and alerting others to your cephalopodan identity.
Octodad is set to be released on the 30th of January and will be on PC and the PS4. – Bruce Tang

Destiny is one of the few games announced that I look at and think “this is truly the next generation”. It offers something different, something spectacular that simply wouldn’t have been possible on the previous home consoles. Made by the industry-renowned Bungie (of Halo fame, in case you somehow didn’t know), Destiny promises a Borderlands meets MMO title set in an enormous and deep fantasy sci-fi world. The developers boast that the world of Destiny will be “alive”, meaning unscripted events could occur without being planned by themselves that change the game. Bungie have reportedly made huge leaps forward in their multiplayer matchmaking technology for the release of Destiny, expected September with a summer beta available to anyone who preorders the game. My preorder was made long ago. –Alasdair Preston

Make way GTA V, Watch Dogs is on its way. By all rights we should already be playing this. Originally scheduled for release last November, had it done so it would have no doubt been a strong, if not the strongest, contender for Game of the Year. Taking you into the dark recesses of the information era, this game gives you a whole new world to explore right in the palm of your hand as you hack the systems around you. This is on top of the free roaming world which you’ll find yourself in. Ubisoft delayed what was already gearing up to be a fantastic game. If they’ve made it better than what has already been shown since it first caught our attention back in 2012, then this is something to be very excited for. –Damien Trinh