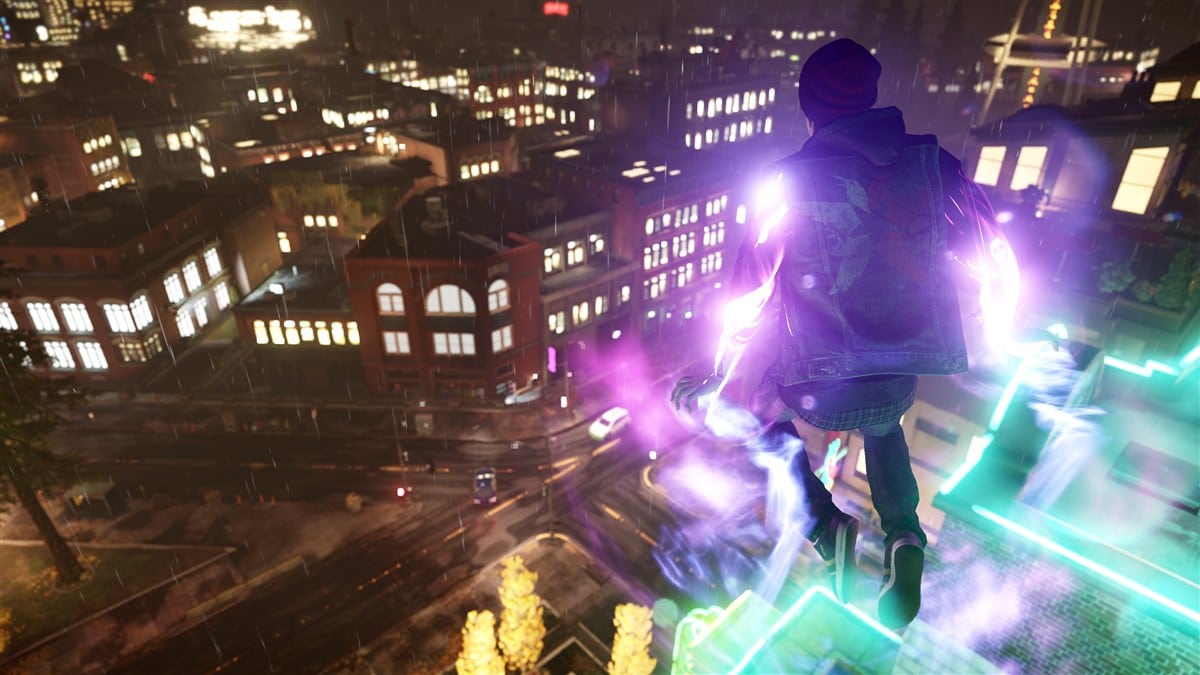 Part of Sony’s strong exclusive performance on the Playstation 3 was down to inFAMOUS. This fresh IP starred Cole and his electric powers in an open world superhero (or supervillain, depending on your choices) story.
Since the 2009 release of the first inFAMOUS, the franchise has become an important feather in the Sony cap, spawning a sequel and a DC Comics series. Second Son, the third installment in the series and the first to be on the new Playstation 4, has a new central character who has his own unique abilities. Developers Sucker Punch promise that, beyond simply controlling smoke, protagonist Deslin can absorb the powers of other conduits (people with powers), and that the smoke is only ‘the tip of the iceburg’.
The plot follows on from the ‘good’ ending of inFAMOUS 2. Cole’s very public and destructive defeat of his enemy has lead the U.S. Government to label all conduits as bio-terrorists.
Gameplay in this new title appears to preserve much of the former titles signature style, with open worlds, parkour and upgradable powers. One notable change is in the aiming system. Players are no longer required to ‘aim in’, and instead can shoot thunderbolts, fireballs or whatever else Deslin may be capable of freely, hopefully speeding up combat and making things more precise. The game touts new motion capture technology, used to accurately capture the performances and look of each character’s real life actor.
Developers Sucker Punch are previously known for their work on the inFAMOUS franchise, and the Sly Cooper series on Playstation 2, another stellar Sony exclusive.
inFAMOUS: Second Son is out worldwide on March 21st, only on Playstation 4.