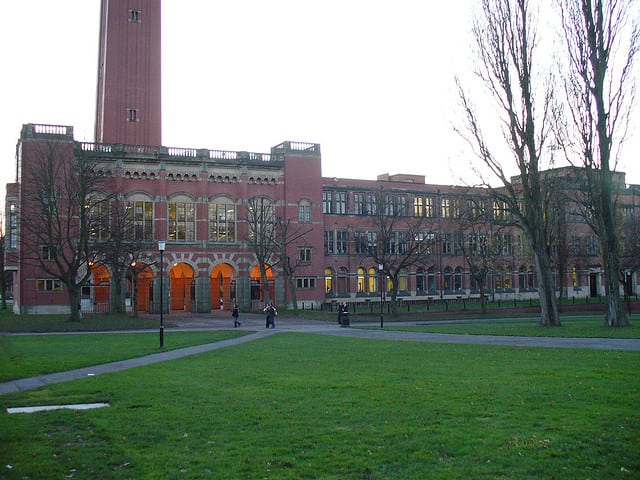 Three University of Birmingham students could face up to eight years in prison after being charged with violent disorder following a protest.

The students have been named as Simon Furse, 22, Tomas Frymorgan, 23, and Panagiodis Theodoropoulos, 30.

Ten other students were released on bail after spending 28 hours in police custody on suspicion of criminal damage, aggravated trespass, and assault.

According to bail conditions they cannot enter any university or further education grounds, meet with other arrestees or meet publicly in groups of ten or more, and must sleep at their home addresses.

However, students have accused police of kettling them for four hours in the cold and illegally arresting those who refused to give personal details, which police deny.

A further six students have been excluded from University of Birmingham for involvement in political campaigning.

This comes as Students’ Unions across the UK condemned the Birmingham Guild of Students’ Officers, who released a statement following the protest describing themselves as “disappointed” by the actions of students who took part.

Over 75 Students’ Union Officers from around Britain have signed a statement calling the actions of the Guild “deplorable” and asking it to “carefully reconsider its position”.

The statement said, “We believe that protest action will always be disruptive, and the use of occupations and demonstrations has traditionally been an important and valuable tool in student activism.

“We also find it deeply concerning that the Guild has still refused to publicly condemn illegal police actions on the campus, including kettling students and illegally demanding details from students who were told they would otherwise face arrest”.

The statement also calls the bail conditions “an attack on student’s access to education, and on their freedom of speech and association”, and accuses the University of Birmingham of excluding students who are “being used as scapegoats to create a culture of fear towards protest. The Guild must do all it can to have these students reinstated”.

For the University of Manchester, the statement was signed by Campaigns Officer Clifford Flemming and Education Officer Rosie Dammers.

At the time of writing, an online petition set up to reinstate the suspended students had reached almost 3,400 signatures.

Meanwhile, the occupation of university building Horton Grange by Birmingham students has peacefully ended, after the University was granted a court injunction.

In a blog post, Birmingham’s Home Students’ Officer Jagpal Singh Pahal said, “It is saddening to see how the welfare and rights of the students, who were peacefully protesting, were infringed by the police and security that day”.

He continued,  “Whilst the vandalisation and damage that occurred on campus was wrong, so was the aggressive and illegal force used by the police and the security.

“I support Defend Ed, what they represent and stand for and the actions undertaken by the majority of protestors on that day.

“The Guild should retract/amend their statement and pledge their support for the truth”.