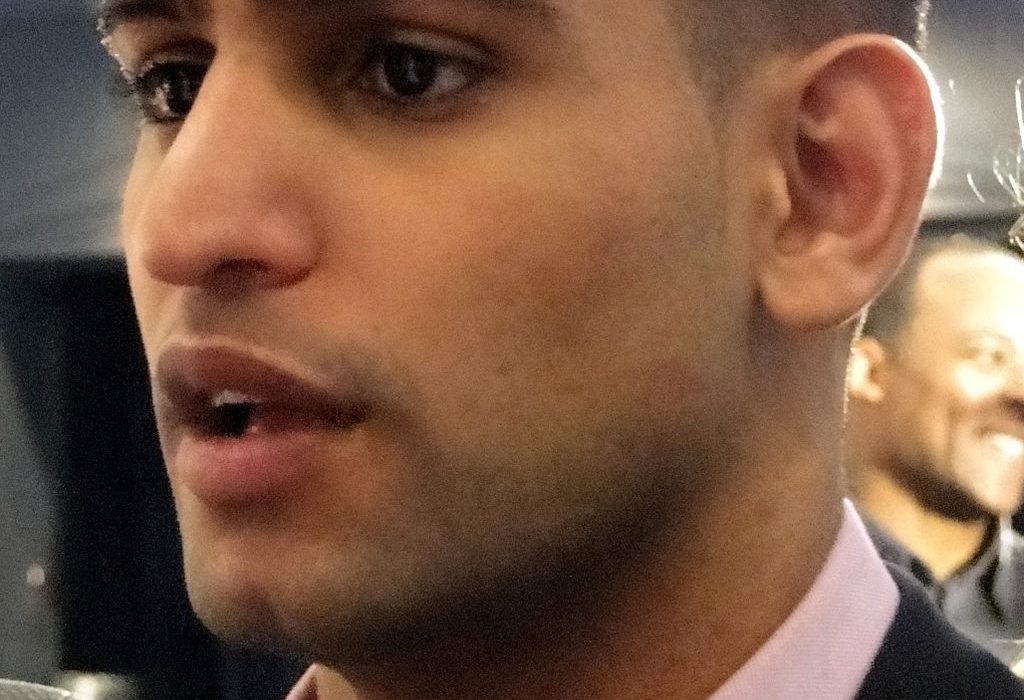 Khan he do it?

Amir Khan has been voted fans’ favourite in an official online poll as to who Floyd Mayweather’s next opponent will be. The fight is scheduled for the 3rd May in Las Vegas. It is expected that Khan’s selection will officially be announced in the coming days (if not so by the time this is published), but the question is, can Amir Khan defeat the 45 time undefeated Floyd Mayweather?

The simple answer is… NO CHANCE. Some commentators have speculated the reason Mayweather’s next opponent was selected by an online poll was because they knew Khan would come out on top. The belief is that the heavier handed Marcos Maidana would be a tougher opponent but would lose in an online poll due to having a small hardcore fan base.

Does this mean that Team Mayweather is playing chicken with Maidana and fixing the result to an easier selection like Khan? I wouldn’t say this is the case, Maidana isn’t much of a better prospect to beating Mayweather than Khan is.

The answer, some believe, is that Khan with a twitter following of 1.7 million is a much better known fan favourite and would sell much more pay-per-views than Maidana. I’m tempted to believe that argument as professional boxing has been plagued by swindling and money-grabbing, but, is Khan just a lamb to the slaughter for a quick buck?

Well not entirely, there is certainly a case to be made for Khan and we can’t write him off just yet. Mayweather has remained undefeated in his 18 years as a professional boxer but as he gets older it is noticeable, although still a great fighter, age is creeping up on him and has started to slow down.

By the time the fight takes place Mayweather will be 37 years old and those in the Khan Camp, few as they are, believe the speed and quickness from the Bolton lad will be enough to pose a surprising threat to the aging Mayweather. Khan having fallen from glory after two successive defeats to Garcia and Peterson has made small rebuilding steps in defeating low-profiles Molina and Diaz.  This will be the biggest fight of Khan’s career and in my opinion will have a ‘make or break’ outcome.

None the less, I for one will NOT be casting my lot with Khan. The simple fact of the matter is that Mayweather is infallible. The school of thought being passed in boxing circles that Mayweather has gotten too old to keep up with Amir Khan is nonsense being thrown out to hide the truth that Khan is in for a whooping. Am sure some may have been expecting a controversially written article and give some hope towards the Khan Camp but unfortunately it will not be found here.

Mayweather is too experienced, too strong and too quick for Khan. Khan’s key weaknesses is leaving himself too open to high powered shots, something I have no doubt ‘Money’ Mayweather will take full advantage of. I will be putting my money on Mayweather for a third round KO (heard it here first) and we will see Amir ‘King’ Khan dethroned even more.