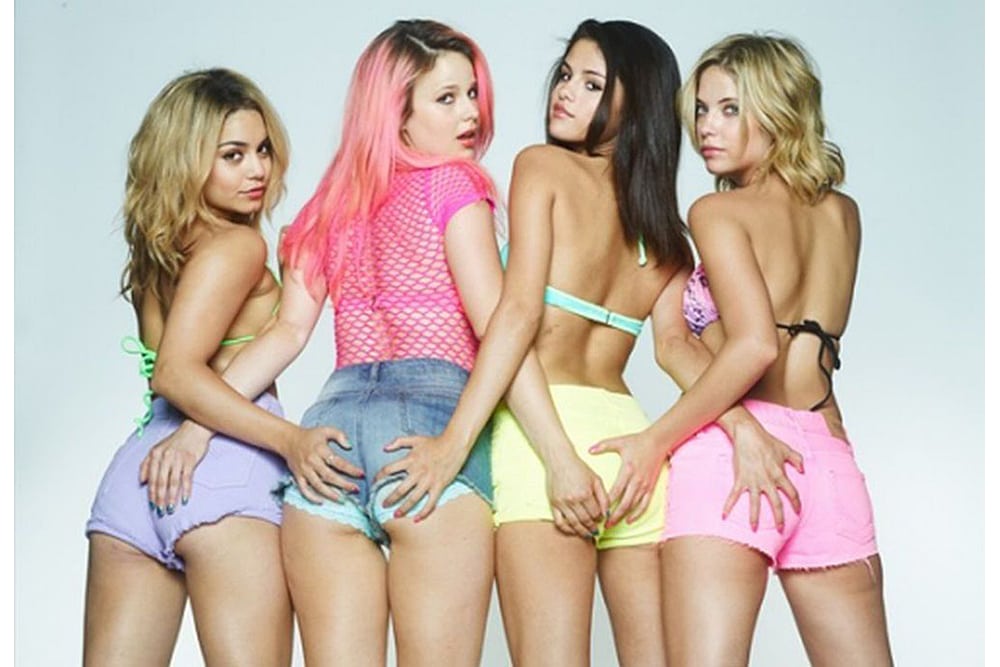 ‘Worst film ever’. ‘WTF James Franco wasn’t even hot’. These are just snippets of disgruntled Twitter estrogen from ‘Beliebers’ rabidly foaming at the fingertips after watching Spring Breakers. Promoted as a Project X-like celebration of American teen debauchery with the added novelty of Disney girls gone bad, the dejection from an audience with Drake as its favourite philosopher at first seems puzzling. However, under the helm of subversive art-house director Harmony Korine, Spring Breakers’ neon nihilism belies a biting underbelly absent from the standard ‘teen party’ flick.

Mostly abandoning a conventional focus on plot or characterization, the film bombards the senses with a psychedelic flurry of industrial noise, day-glo vibrancy and repeated dialogue and shots. The effect varies from grating to unnervingly visceral, though Spring Breakers gains its teeth upon the introduction of the arms-collecting, drug-dealing, grill-brandishing rapper Alien. Borne out of a dark-humoured, wildly unhinged James Franco performance, Alien perfectly captures the zeitgeist of ‘YOLO’ culture, bellowing maniacal monologues (‘Look at my shit!’..) that reflect the toxicity of materialism, excess and the American dream.

Such concepts might be too obviously deplorable for commentary on them to be considered ‘deep’, though the decision to push the film towards the very demographic it savages is a curiously scathing one. Here, miss-marketing seems to be a means to stealthily challenge viewers to reevaluate their ideas by holding up the mirror. Though despite critical praise, bile spat back from the teen audience suggests that Korine’s provocation may have fallen on deaf ears.

A less respectable case of miss-marketing surrounded Pan’s Labyrinth in 2006. English trailers dressed Guillermo del Toro’s dark fantasy up as a family-friendly gothic take on Narnia, airbrushing out the backdrop of bloodshed in fascist Spain which exercises a bleak reign of terror over the film’s tone. Children eagerly awaiting wacky hijinks in the House of Mouse were sucker-punched within the first 15 minutes by the brutal sight of Captain Vidal crushing a peasant’s nose in with a wine bottle, to say nothing of later torture scenes. Not to lapse into nauseating moral guardian territory, but such deceptive marketing ideally shouldn’t completely compromise basic audience sensitivity for financial success. Nevertheless, it paid off: Pan’s Labyrinth proved highly profitable alongside deserved critical acclaim.

Less successful was Spike Jonze’s Where The Wild Things Are. Pitched ambiguously between a surreal children’s film and an introspective film about childhood, the film only broke even by a hair, suffered considerable scorn from audiences not expecting its low-key, pensive melancholy, and quickly disappeared from public memory. An unfortunate danger of miss-marketing is now apparent: that it breeds unjustified backlash for films differing from viewers’ preconceptions rather than a genuine judgment of quality.