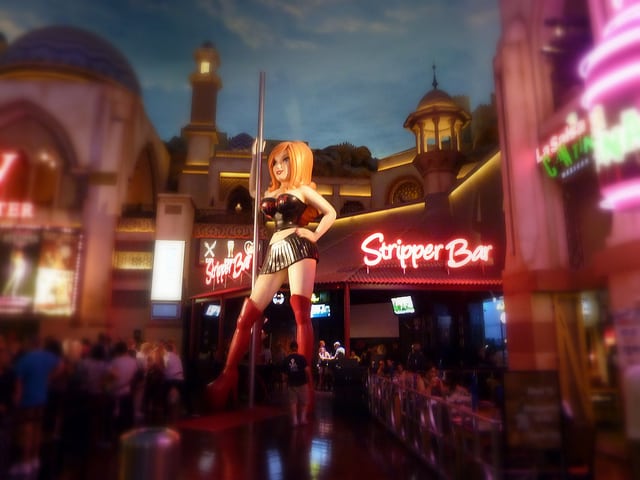 Tuition fees aren’t the only reason students are stripping

Almost a third of women working in the stripping industry are also students studying at university, according to a new a study conducted by the British Journal of Sociology of Education.

Nearly two hundred dancers were interviewed by Leeds University academics, with 29 per cent stating they were in some form of education. This group cited the high cost of higher education, lack of availability of loans and a general lack of support for vocational courses as the main reasons for entering the profession.

The flexibility and profitable nature of the business also attracted students, drawn to the prospect of supporting themselves whilst balancing their educational workload. The study reports that some participants began stripping even before beginning their courses in order to offset the “high cost of education”. Interestingly, the study added that there was “definite tension between the ‘old school’ dancers who were there to earn good money and the new, inexperienced younger women who had a range of motives for entering stripping”.

Overall the study produces conflicting results, and raises questions about the motivations of young people entering the stripping industry. On the one hand the report seems to suggest that young people are being coerced by decreasing financial support for higher education into more sexually provocative work, – but it then proceeds to refer to the allure and “initial excitement of engaging in a transgressive world”, with the prospect of being paid “cash in hand” at the end of the night perceived as an added bonus.

In the Times Higher Education magazine sociologist Teela Sanders argued that “selling striptease had become more palatable and socially acceptable”, and was not necessarily regarded as sex work. He also added that involvement in the stripping industry was not always a product of financial circumstances; “many of these dancers are from middle-class backgrounds – they are not coming from families where money is a big issue”.

It’s hard to know what to make of these findings. Yes, young people are considering more adventurous and risky avenues of employment as the means to fund education, but can we say that they are being coerced? Some may argue that students are expanding their own ideas of what an acceptable form of part-time work is, or using financial strain as an excuse to become involved in more risqué occupations.

Burlesque and cabaret have been experiencing a resurgence in popular culture, and many Universities (including University of Manchester) have pole-dancing societies that emphasise the fitness benefits of the activity, and its role in sexual empowerment. Reports recently found that ‘Sugar daddy’ websites have record numbers of prospective ‘Sugar babies’ who are also in higher education seeking a ‘mutually beneficial arrangement’, i.e. young women seeking financially rewarding relationships with wealthy older men.

It’s easy when confronted with these stories to focus on the exploitative aspects of the industry, and condemn the tuition fee hike as the underlying cause for the rise of students involved in stripping and sex work but this response can be dangerously paternal and overtly moralistic.

Putting life choices down to economic need not only devalues women’s decisions to sexually empower themselves, but also undermines the whole idea of female self-determination. Stripping is not something I would feel comfortable engaging in, but I can’t say the prospect of getting paid £20 to dance on a table for three minutes isn’t tempting, especially as I do the same thing (albeit with clothes on) most Saturday nights. At the very least it puts the minimum wage I get at my part-time job into perspective. I think it takes a vast amount of confidence to be able to perform a professional strip tease and regardless of its lack of appeal for me; I’ve huge respect for those young women who voluntarily enter into it.

I believe that it’s important to crack down on exploitative practices in both stripping and sex-work, and that studies such as the one conducted by Leeds add a new perspective on how reduced financial support for education is impacting on young people.

However we should be careful not to use financial disadvantage or societal coercion as the only explanation for young women’s participation in provocative occupations. Doing so only serves to devalue women’s choices and signals a return of Victorian attitudes towards female sexuality.