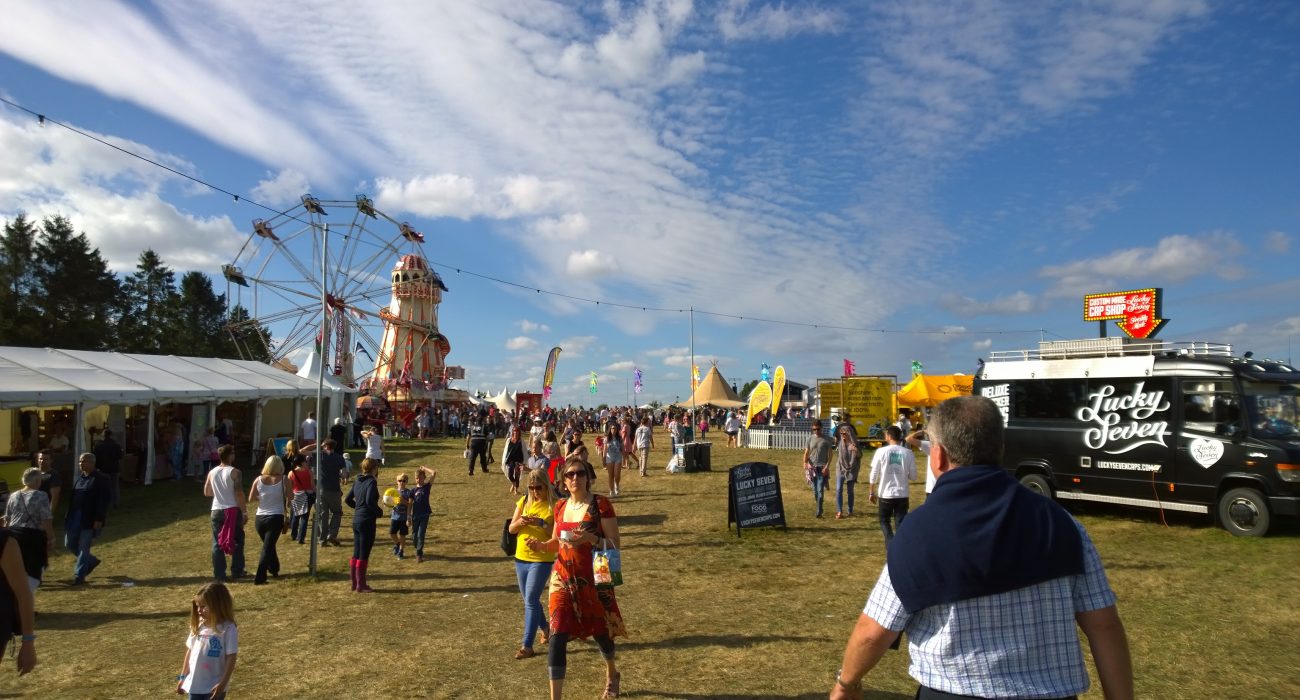 Combining both food and music together into a festival is a tricky task. Focus too much on one and you risk losing the audience for the other. I doubt that this was lost on Alex James, Blur-bassist turned cheese maker, but if anyone was going to do it, it was going to be him. Enlisting the help of school dinner revolutionary Jamie Oliver, the aim was to bring some well-known musical acts and a legion of skilled chefs together for a weekend that both delighted both the mouth and the ears.

Alex James is well known for his turn as a cheese maker, which was in no way ignored at his festival. In the self-indulgent “Alex James Cheese Tent”, festival-goers could try four of his award winning cheeses. Upon first tastes you could tell that the awards were justified, with his goat cheeses being deliciously creamy and his “No.7 Blue Monday” (blue cheese) being sufficiently pungent and sweet. The complex flavours were enough to distract me from the man himself standing only six feet behind me, which many cheeses would fail to do.

Yet with the Feastival being partly Jamie Oliver’s brainchild as well, his presence was felt all over the site. With cooking demonstrations from top chefs and many, many market stalls, there was something for everyone. The traditional festival food had also been elevated to new heights, with seemingly every nationality of food being available. Fancy dumplings? Right next to the paella van. How about a berry and clotted cream ice cream? One scoop or two? Whatever you fancied, it was there. An entire section was dedicated to Jamie Oliver’s various food ventures. I took an interest in the upgraded version of the traditional festival burger, so I indulged in a “short rib” burger the Barbecoa stand. Pieces of pork rib meat, with a fried egg and salsa (tomato and pepper chunks, not the dip) in a thick sesame seed bread bun was the meal. The rib was well cooked and moist, the egg held itself together and the salsa was freshly made. Overall it was delicious, however in my opinion some sticky sweet chilli sauce would have helped bind it all and given it a little kick. If all festival burgers went this way, it would be no shame indeed.

The musical side was well catered for, with performances from acts such as Fatboy Slim, Jamie Cullum and De La Soul. These acts delighted the Oxfordshire audience, with electric performances all around. The Big Feastival managed to bring together brilliant food and great music in a way that many other events would fail to, all in the Oxfordshire sunshine.

The Big Feastival, based on Alex James’ farm in Oxfordshire, took place on the 29th-31st August and will run again next year.