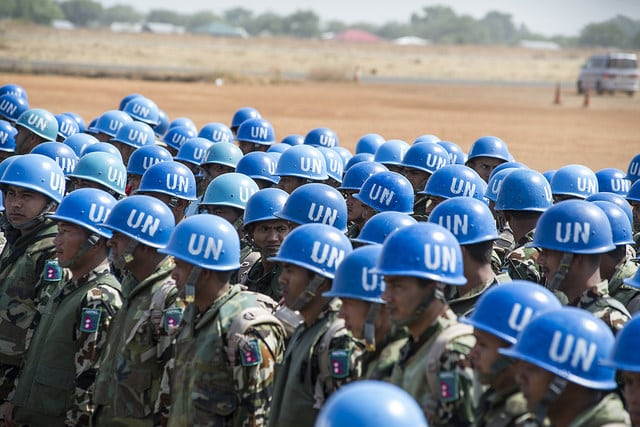 A contingent of UN Peacekeepers in South Sudan. We should be keeping the peace in Iraq and Syria too, argues Bruce Tang. Photo: United Nations @Flickr

It is clear that humanitarian aid is needed to counter the Islamic State (IS). It is of the utmost importance that aid is given in order to, or at the very least, allow for the restoration of the Iraqi and Syrian governments, and to pacify escalating conflict.

IS is a prominent extremist jihadist group in Syria and Iraq that is currently fighting government forces and opposing rebel groups alike. In essence, this is a conflict between two sects of Islam: Shia and Sunni, the former with which IS is aligned.

Even so, IS represent a very extremist view of their religion, so far removed from it that I would claim it as no longer representative of Islamic teaching. It seeks territory between the two aforementioned countries, hoping to conquer Mediterranean states as far as Spain, in order to force their sect of Islam upon citizens of these nations, which in its nature harms the livelihood of those around them.

Whilst unlikely that they would ever reach as far west as Greece, let alone Spain, there is every risk that they continue expanding in Iraq, Syria and countries currently uninvolved such as Turkey. This cannot be allowed to take place.

I would argue that this is just stating the obvious; these are human beings who need urgent assistance from those who can give help.

Statements such as “IS do not concern us,” or “nothing would have happened to us if we minded our own business,” are wrong—no more, no less. The Western world is already involved, purely from living in a globalised world where blurred borders are the norm, and it is no longer the case that we so easily brush aside the issues of those from the other side of the world.

It is evident that the danger of the situation to both Arab and Western civilians is great. Islamic State is very much a global threat, no longer exclusive to Iraq and Syria, and is torturing and murdering huge swathes of these nations’ populations. Humanitarian aid is necessary to protect the safety of not only Iraqi and Syrian citizens, but also the rest of the world.

British and American citizens are, wrongly or rightly, already fighting for or against IS in the Middle East. The all-pervasive internet and social media hosted by western servers are being used to further the aims of IS. The convoluted and confusing nature of the global economy means that we are indirectly funding IS bit by bit, no matter how hard we try to avoid it and no matter the sanctions we impose.

In 2012, the Organisation for Economic Cooperation and Development reported that the UK donates £8.57 billion to humanitarian aid. While this may sound like a lot, this constitutes only 0.56% of our nation’s GDP.

We owe more to the global society. British and American reporters have already given their lives to broadcasting the cruel nature of fundamentalism and of IS; if humanitarian intervention is not seen as necessary for Iraqi and Syrian citizens, then it must at least be seen as necessary for our own.

It is understandable how further intervention could be counter-productive; anything more from America may fuel further anger from IS and beget anger and increased violence. Some would go so far as to say that there has been enough violence already.

Humanitarian intervention also has the potential to ease existing and potential tensions between Western and Middle Eastern states.  The Secretary of State of the US John Kerry also advocates humanitarian intervention and stated that IS was the “single greatest threat” that the people of Iraq and Syria now face. It was recently announced in the news that Mr. Kerry was in talks with various Middle Eastern nations in order to co-ordinate relief for the humanitarian crisis in Northern Iraq.

There are ten nations that have offered their help: Bahrain, Egypt, Iraq, Jordan, Kuwait, Lebanon, Oman, Qatar, Saudi Arabia and the United Arab Emirates. Within this hitherto alliance, there are nations that have had for themselves a difficult history.

The obvious one to note is Iraq, whose occupation by America has only subsided fairly recently. An alliance however allows for peace between Western and Arab nations. Cooperation and negotiation allows for a greater understanding and this will hopefully bring light to the fact that this war is as much a problem for the Arabian Peninsula as it is for America.

The discussion on humanitarian aid will always be difficult. It is much easier to sit on the fence rather than actively contribute. After all, we are all fully aware of the consequences of intervention. Nonetheless, there is one purely fundamental reason to help out in Northern Iraq and Syria; there are lives at risk and people are suffering through no fault of their own. Families, children and defence forces are being tortured, murdered, mutilated and torn apart. If this were happening in our own nation, we would then all intervene.

It is never permissible to allow the suffering of the innocent. George Santayana’s famous quote, “Those who do not know history’s mistakes are doomed to repeat them,” should be enough; for we have stood by and watched before in Rwanda, Cambodia, and Bosnia. There are countless more examples where the idleness of the international community and the undue hesitance towards intervention led to the slaughter of innocents; repercussions of which are still felt today by the people of these places.

If we want to build a better world, a world of peace and tolerance, then we cannot allow criminal extremism to take hold, let alone allow a fundamentalist and destructive force such as IS rise unopposed.

Ignoring this would only encourage terrorism, encourage hatred and destroy the foundations of the peaceful world we are trying to build as an international society. Non-interventionism may be popular—governments don’t want to lose votes—however, it is criminally negligent to use non-intervention as a political tool. 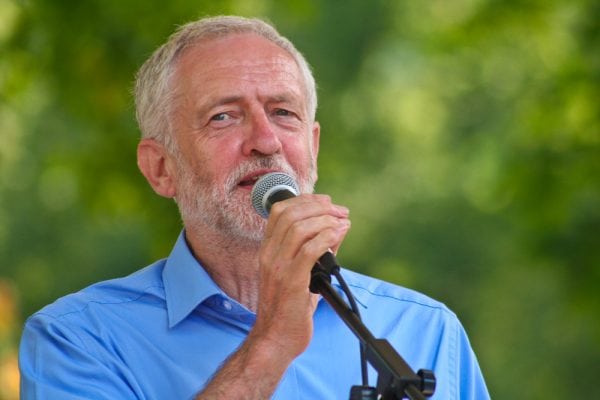