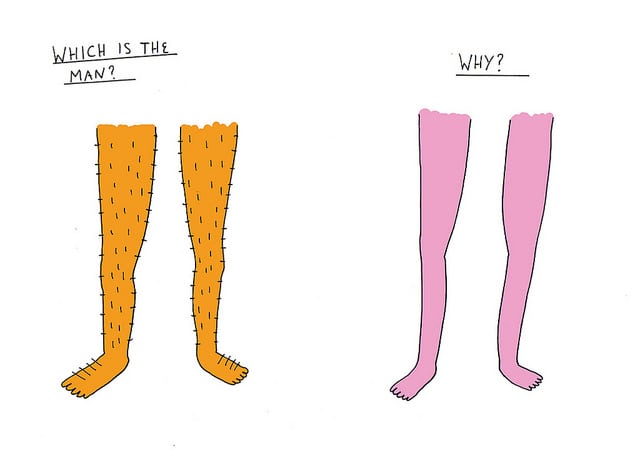 The strict distinction between masculinity and femininity is harmful for gay men. Photo: boredbyheaven @Flickr

We’ve all heard them: “Stop crying like a girl,” “don’t be such a pansy,” “he talks like a little girl.” Phrases meant to question the masculinity of a young man in order to offend like this work in two ways.

Importantly, they make the presumptions that women are inferior beings and displaying signs of femininity, as a superior male is a repugnant transgression of the patriarchy. The reinforcement of patriarchal attitudes is harmful as much to women as it is to the gay, or even straight yet effeminate, man.

These insults shouldn’t be insults, it’s simple. Hopefully, as feminism advances their power to sting will be lessened and feminism is good for gay men because of this. If a camp gay man displays stereotypically effeminate tendencies, then he shouldn’t be made to feel like any less of a man for not living up to his manhood, as it were.

The worst thing about using femininity in men as an insult is that frequently it is young women who use it. Girls in schools using “you’re such a girl,” as an insult is heartbreaking because they don’t see how they are demoting themselves to a point of lesser being than a man.

Nine times out of ten it’s not even meant facetiously, it’s a completely serious question. The paradigm of gender roles penetrates our mindsets so deeply that we simply can’t fathom the idea that neither is either: “Well, we’re both men, that’s kind of the point.”

Our society’s bifocal view of the world doesn’t allow us to see behaviour, sexuality, and gender as fluid. You are either a masculine man or a feminine woman; there are no grey areas.

Masculinity as a concept is indeed so rigid and so important to young men that any doubt about its extensiveness in a man is damaging. This even stretches so far as to damage friendships between young gay teenagers and young straight ones: “Why are you friends with him? He’s gay. You’re not gay are you?”

Feminism is good for gay men because it is breaking down the false concept of strict masculinity and femininity. Gay men and effeminate men no longer need to be seen as lesser men, and nor should they be labelled effeminate in a demeaning way. It’s damaging to everyone; it presumes women are inferior, it makes gay and effeminate men feel insecure, and it even shakes the fragile ego of the young straight male to the core to have his masculinity questioned—even if it’s a simple friendship.