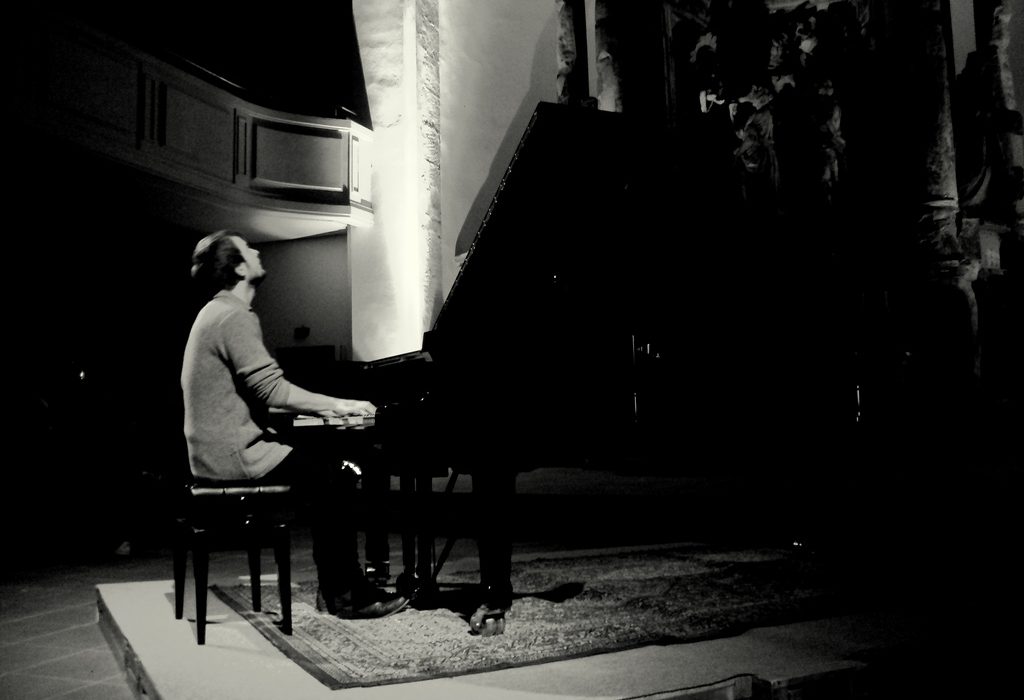 Nils Frahm is a fascinating hybrid of modern classical pianist and electronic musician, trained by Brodski, who was the last protégé of Tchaikovsky. The prodigy released his best album yet, Spaces, last January with the Avant-garde record label Erased Tapes. Spaces demonstrate that the Berliner has matured as a performer, and that his improvisations have become darker, powerful and obscure. This album undoubtedly helped him build his prestige in the underground electronic world and have been on high demand since. He rightfully opened for the legendary dimensions festival this year.

The sweet sounding notes from one of his three pianos is often followed by waves of bass that surround the hall, encircling the caved room until it hits your chest. It leaves you breathless and each song always triggers an intense memory, whether it is a gloomy or a blissful one. Everyone in their seats was intimately mesmerized by the way he makes love his pianos, synths and other gadgets. Every time his fingers caressed the keys, he moved like an angel with no wings trying to fly. But he stays there, because the reverberation of his piano is his lifeline. He sways vigorously to his experimental melody and his body would then flicker the light behind him, heightening the beautiful frenzy. Nils is a witty humble genius that wears one shoe, describing one of his songs as one note on repeat, thrown in with some more random notes to prevent it sounding boring. He intrigues everyone by using 2 toilet brushes to drum parts of the piano.

The audience is left wanting more constructed noise, anticipating the ripples of ominous bass whilst they zone out to his intricate solos. This was definitely a captivating unique experience; it is not often that both artist and audience get utterly lost in the music together.