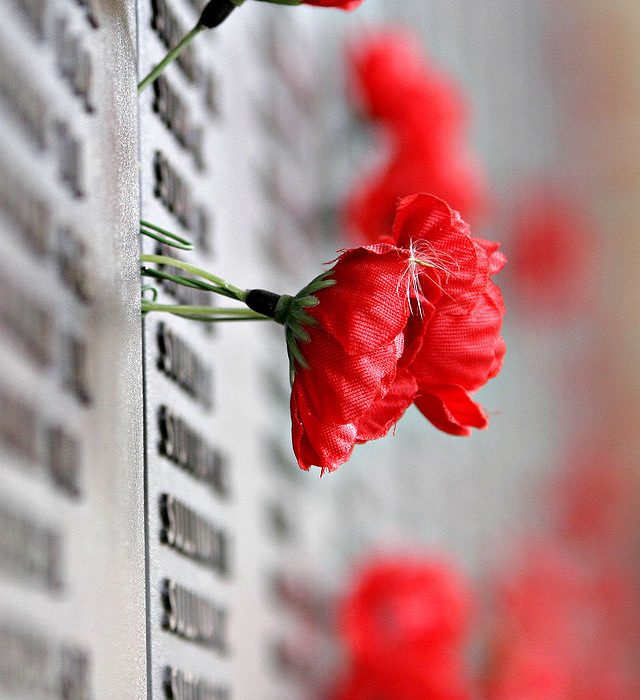 Remembering and respecting our heroes on Remembrance Day

In the busyness of life, Remembrance Sunday is one of the few occasions where millions of people across the UK take two minutes of silence and reflection in memory of those who have given their lives for the freedom of others in all conflicts.

The First World War officially ended on the eleventh hour, of the eleventh day, of the eleventh month in 1918. The tradition began one year later as people were desperate to remember and thank those who were killed, injured or, affected by the war.

I am unsure whether or not the same appreciation resounds amongst our generation. As easy as it is to detach ourselves from something that hasn’t happened in our lifetime or affected us so directly, I believe it’s very important to remember, respect and, appreciate the fact that people of immense courage fought for us to live in a freed nation today.

After speaking to members of my family who lived through World War II, it became extremely apparent that nearly all aspects of life as we know it were nothing but a dream or fantasy. Firstly and most obviously, most men up to 39 years of age were drafted unless they were needed in other important areas that directly aided the war effort, such as energy production, farming, or factory work.

We think we understand this, but it’s difficult for most of us to imagine being a left alone by our fathers, brothers, husbands, and sons. It’s even more so difficult to imagine a family member being a prisoner of war. It’s also hard to comprehend living in constant fear for your family’s lives, not having the chance see relatives for up to five years with minimal communication.

It’s difficult to imagine scrapping our career aspirations and meticulously planned lives to go and fight in war at young ages. Indeed, almost all of the young men studying at our university would have been sent to fight on the continent—regardless of their country of origin.

On top of this, it is impossible to imagine the austere lifestyles of families, particularly in relation to rationing. It has been said to have completely changed the social landscape of the UK for generations to come.

Everything was rationed from food to clothing; my grandmother was one of three girls and said that she can’t remember getting anything new as a child because of clothing coupon allowances. In comparison, we are clouded by modern consumerism. We are showered with gifts, we always desire the next new product, and things are relatively easy to obtain.

Even the comparatively rich during World War II couldn’t purchase luxuries because there was nothing available to buy. Everything was suffering from shortages, everyone too.

Food wastage is common in today’s society, but people living in the 1940s were taught from a young age to appreciate and finish their food; a person’s typical weekly allowance was: one fresh egg; 4oz margarine and bacon (about four rashers); 2oz butter and tea; 1oz cheese; and 8oz sugar. Meat was allocated by price and points could be pooled or saved to buy different products. Even as students it’s difficult to imagine such a lifestyle, bound by a ration book and seldom able to experience variety.

Something that struck me about listening to my grandmother was the fact that she didn’t speak about those days as if they were terribly difficult. She said everyone made do and got on with their lives. In regards to rationing, she said everyone helped each other, or as she put it, “there were better neighbours in those days.” If someone lacked food, then another with enough food would provide at their own expense. Altruism was the norm, and there wasn’t a culture of needing to be repaid or recognised for good deeds.

My perception of Western society today is that everything concerns money; goods and cash are only given away when they are in abundance and charitable obligation where there is always recognition and praise for having given. Whilst this is not wrong, I think there is something beautiful about a society where people shared what they had, even if what they had was very little.

Overall, the lifestyles most of us enjoy today are nothing like that of those living during past major conflicts. We seldom see the freedom for which was fought as our own freedom. I would encourage all, especially young people, to appreciate what people went through, whether it was in the military, raising a family in difficult circumstances or trying to get by.

It’s also important to remember more recent tragedies, and even the present where members of the Armed Forces continue to put their lives on the line for the sake of our freedom, regardless of our, or their, political opinions on current affairs.

The First World War and the Second World War affected everyone, and it’s true that we don’t know what kind of society we would live in if it weren’t for others’ courage and bravery all that time ago.

I was shocked and saddened that the 15-year-old army cadet selling poppies for Remembrance Day was recently attacked in Manchester.

DI Liam Boden said, “This is an absolutely appalling attack on a young man who was raising money to help remember all those who gave their lives fighting bravely for their country. At this stage we are keeping an open mind as to what motivated the offender to commit such an attack”.

The Guardian reported that it was sheer luck that the individual didn’t sustain more serious burns to his face and body.

Whatever the motivation of the attacker, it is saddening that a person wished to suppress the deeds of a 15-year-old who was encouraging people to remember those who gave their lives fighting bravely in the wars and dying so that we could live as we do today.

I hope this shocking, thoughtless and horrific incident propels our society into a continuous state of gratefulness for our heroes, to be vocal in our thanks, and that we never forget the heavy price of freedom.