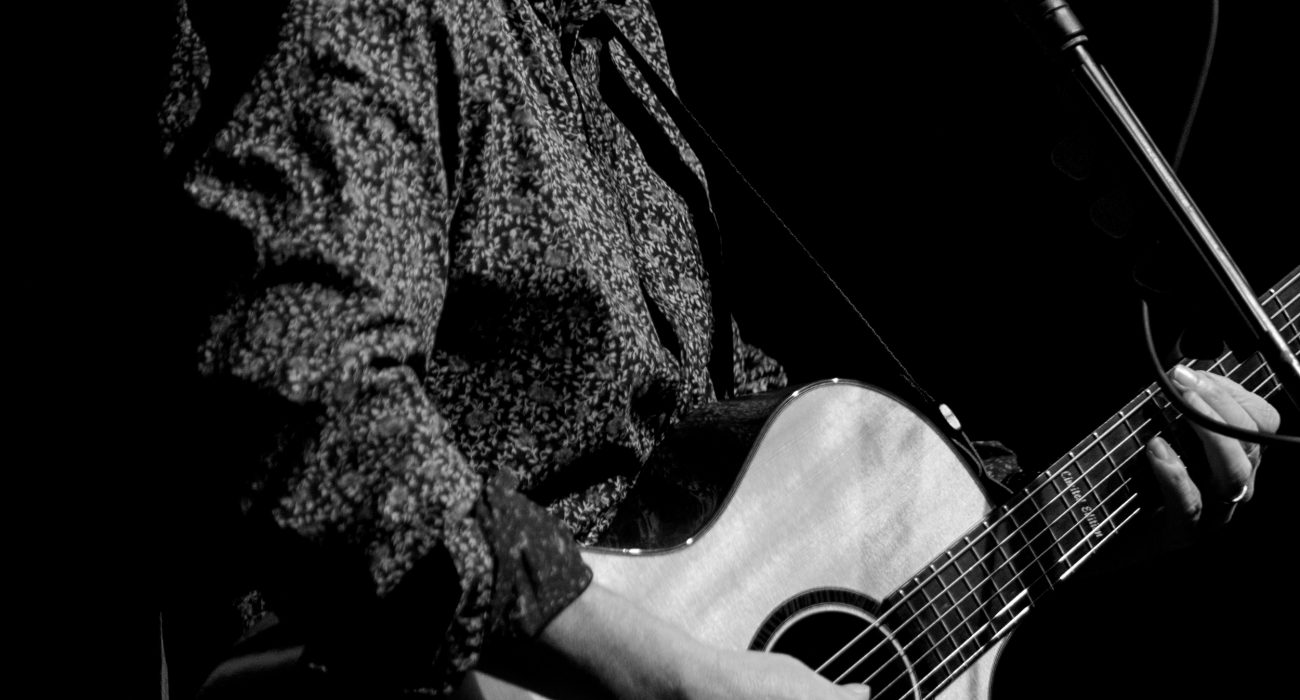 Best known for his work in classic new wave acts Visage and Ultravox, as well as his involvement in the ground breaking Live Aid and Band Aid campaigns, Midge Ure has been a household name and music industry stalwart for over thirty years. Though he made his name playing his trademark brand of anthemic synthpop in stadiums and arenas the world over, his latest theatre tour delivers a much more modest and intimate experience. Playing solo and armed with only an acoustic guitar, Ure performs stripped down renditions of hits from across his vast and varied back catalogue, and the result is a reminder of the durability and timelessness of his best loved songs.

Openers ‘Waiting Days’ and ‘Dear God’ immediately proved that Ure was still on form as a performer; his voice—though admittedly deepened by ageing—has lost none of its famous power. This fact wasn’t lost on the man himself, as he jokingly alluded several times to wishing he could go back in time and “stop himself writing songs in such high keys.” The show’s setlist kept a healthy balance between fan favourites (‘Fade to Grey’, ‘Vienna’, ‘If I Was’, ‘Brilliant’) and self-indulgence (his heartfelt rendition of Peter Green’s ‘Man of the World’). After inviting the audience to join in, one of the night’s most memorable moments came with ‘The Voice’, as the crowd’s “whoah-oh” backing vocals lent an eerie dimension to the song, turning a former new romantic track into something otherworldly, sounding something like a cross between a sea shanty and a Tibetan monk chant.

‘Lament’ and ‘Dancing with Tears in My Eyes’ worked especially well when transformed into acoustic ballads, the latter of which saw Ure intricately alternating between recreating the famous synth line and strumming full chords without missing a beat. As the performance came to a close, fans were treated to a rare performance of ‘Do They Know Its Christmas’, which surprisingly holds up as a solid pop song without its dated production, ending the evening on a light hearted sing-along.

Overall, the acoustic set was a fun nostalgia trip, and turned out to be a treat for both his long-time fans and Ure himself, who clearly enjoyed recalling moments from his long and storied career in front of a warm and appreciative audience.