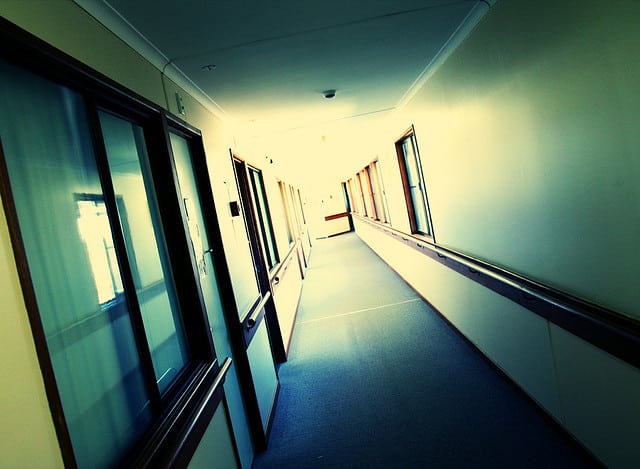 Sympathising with domestic violence victims who attack their abusers

Domestic violence is a topic which almost everybody has been made aware of in their lifetime. As a student of the social sciences, I can say that a vast proportion of my academic learning has been spent looking at various factors of domestic violence. Over the past few years I have spent time looking at the reasons as to how this type of abuse can be allowed to take place, why victims stay within an abusive relationship and why people abuse in the first place.

In recent years the government has attempted to increase awareness of domestic violence in society. Many campaigns have been launched to help victims become aware about what specifically constitutes domestic violence and how it can be prevented. There have even been some campaigns that have been targeted at young men to help them become fully aware of what domestic violence is and the consequence of their actions. These campaigns have not only targeted the issues surrounding physical abuse but have also made both victims and perpetrators aware of mental abuse and its consequences. Abusive relationships have been a consistent theme in various media outlets, especially soap operas. However, amongst all of this improved awareness regarding domestic violence, why are so many aspects marginalised?

There is often a preconception about the victims of domestic violence being middle aged and married: this is not the case. Abuse by a partner is an issue that primarily affects youths. Research conducted by DoSomething.org found that females aged 16 – 24 are three times more likely to be in an abusive relationship than the rest of the population. This type of abuse at a rather young age has serious consequences on these individuals’ futures: they may become trapped in possessive relationships where opportunities for individual advancement, such as graduating university, are severely limited, or attachments to their friends or families are marginalised or even cut off completely.

Prior to commencing research on this article I was unaware of how widespread the phenomenon of abuse in teen relationships really is. Research that has been conducted highlights the true extent of domestic violence in teenagers and, personally, I find the figures shocking. In 2009 the NSPCC piloted research to determine the extent of domestic violence in teen relationships and interviewed a variety of youths aged 13 – 17. This research showed that 25 per cent of girls interviewed had experienced some form of physical partner violence and around 75 per cent of girls involved in the study admitted to have experienced some form of emotional partner violence.

Moreover, with the growth in films and literature such as 50 Shades of Grey, abuse is glamorised and made to seem like the foundation of an important relationship, when really it’s not healthy at all. The increase in people indulging in these types of books and films results in their clouded view about what is healthy and what a relationship is supposed to be.

This can be extremely damaging to a victim’s mental health, especially if they are unsure where to seek help. Not being sure who to turn to is a very common problem in these sorts of circumstances; as such, publicising the suitable organisations a victim can contact for help is extremely important. At the University of Manchester, support for its students in any situation is a major theme that runs throughout various university programmes. Rosie Dammers, who is the Wellbeing Officer for the university, informed me of all the different programmes available to students who need advice or support, especially those who are having issues with their mental state. Throughout Wellbeing Week, various mental health services are available, counselling sessions are being run as well as relaxation and meditation classes. Being involved in an abusive relationship can have serious negative effects on a victim’s welfare and I urge any students who are suffering from being involved in such a situation to take full advantage of the programmes in place for support.

It is rare to find a government campaign, a piece of research or even a conversation that talks about the aftermath of violence on a victim’s mental health. It is even rarer to find any literature that refers to the victims who do retaliate and attack, or even worse kill their abusive partner. Occasionally, there is a news story which entails a victim snapping and killing their partner and in most cases a weapon is involved; but the real question that remains is who receives sympathy from the Criminal Justice System and from the public? Are we to condone those who reach breaking point and attack their oppressor or are we to feel sympathy with their situation and be more understanding of their retaliation?

The Sara Thornton case in 1990 has been deemed an extremely controversial case as it provides evidence of the courts being both compassionate and harsh on a victim who killed their abuser. Sara Thornton, who stabbed her abusive partner to death whilst he lay intoxicated and asleep on the sofa, was initially found guilty of the murder of her husband. The judge who sentenced her justified her sentence by saying that she merely could have “walked out or gone upstairs” as an alternative to killing him. However this verdict received severe backlash from feminist groups and in 1995 Thornton’s case had a retrial and she was acquitted of murder and received a five year prison sentence for manslaughter as the judge determined that she could not be fully responsible for her actions due to an “abnormality of mind”. This case was seen to be a victory for advocates of those who have been abused maintaining their victim status.

Not long after the Sara Thornton case, a series of defences were introduced in Criminal Law. Those who killed their abusive partner could rely on a partial defence of either a loss of self-control or diminished responsibility. However, many are not able to depend on either of these as their acts must comply within the requirements of the defence. This can also be a problem for many as the preconceptions of the jury can affect the outcome of the trial and many jurors have the ‘why didn’t they just leave’ mentality.  If this approach is taken then a juror’s decision may be altered, therefore creating a lack of sympathy for those being convicted.

Although in recent years Britain has seen the implementation of safeguards for those who suffer from Battered Woman Syndrome, there have been many circumstances where the courts have been unforgiving and many domestic violence victims have been given what appear to be harsh sentences considering the circumstances: is this right? How can this type of abuse reach such a level that a victim feels their only escape is to resort to taking their partner’s life?

While taking another individual’s life cannot be fully justified, it can be understood in some circumstances. It is almost impossible to comprehend what falling victim to a domestic violence relationship is like and it is something many jury members will have no experience of. Punishment such as a life imprisonment sentence may seem like an appealing option to many but there are so many alternative options available that may be much more appropriate, many that involve some form of counselling or helping with any mental health problems. In these situations strict punishment may not necessarily be the answer and there should be a degree of sympathy when dealing with these types of murders.