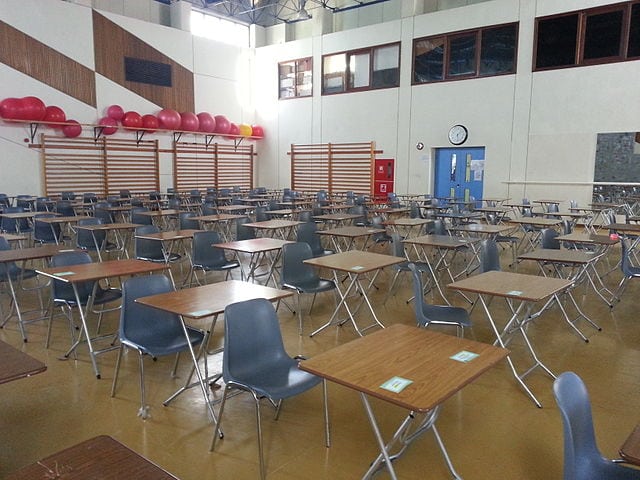 In 2006, boycotts threatened student's degrees, but now the UCEA shows us how little they care. Photo: Wikimedia Commons

The Marking Boycott has raised many opinions and sentiments and it would be an understatement to say that not all of them have been exactly positive. For the time being, however, I am not concerned about the motives of the strike as today I would like to discuss the long-term implications.

It is an interesting thing with trade unions—they cannot directly attack the university employers. The marking boycott provides a prime example of this. The UCU cannot directly get ‘revenge’ on those responsible for limiting their pensions. Therefore, they have had to express their disgust through other means, and those other means have ultimately come in the form of the boycott of giving back assessed work. While technically filling out their contractual obligation, they are able to still force their opponents into a stalemate.

But here lies the issue: by involving a third party in the process, they both implicate a sector of society that has no involvement in the argument and fail to directly inconvenience those at whom the boycott is actually aimed. Mainly because they can’t—there’s nothing the UCU can realistically boycott or strike about directly. Therefore, they have to go about it via indirect means.

If we look at examples of other strikes, such as the famous example of the coal miners striking against Heath’s Government tell a different story; by not providing the coal essential for power generation at the time, they were able to force the Government to instigate policies and helped to cripple the Conservatives until the rise of Thatcher in the 1980s.

That word brings with it a lot of emotion: Thatcher. I, of course, speak of UK Prime Minister Margaret Thatcher whose Conservative Government began a fiscally conservative policy that included the shutting down of the coal mines. In response, the National Union of Mineworkers chose to strike. But this time the National Grid was able to provide power from other sources. The strike failed. The opportunity for the NUM to cripple a government had passed. The NUM itself collapsed and Thatcher’s policies ultimately shaped the modern British landscape, for good or ill.

How are coal and education linked, though? I don’t believe that striking is nearly as useful as people think it is and this is why I believe that the UCU boycott is not going to have a long-term influence.

The universities themselves have been somewhat reluctant to get involved. The UCU do not have the power to do something drastic. The longer the marking boycott goes on, the more it will anger students. In 2006, a similar situation occurred. The results were decidedly mixed, with the employers giving little ground, and the university staff getting only part of what they wanted.

You might argue that is the point of negotiation. However, in this instance, if the UCU do not win this struggle outright, then they make a loss. There is no compromise this time. Either the pensions of university employees are cut, or they are not. They may be able to reduce the amount the pension is cut by, but ultimately, unless they win, they lose.

The boycott in 2006 is almost completely forgotten. Despite being the reason the UCU exists in the first place, it had decidedly little impact. The UCEA, the employment body, have shown this in their recent reactions. They knew this would repeat itself. And they clearly didn’t care.

A cursory glance on their website will tell you their response is as indifferent as it can be. The underlying theme of the information they have released can be summed up as such: “The universities are going to withhold pay to UCU members taking this action. Your move.” The wording is clever—they paint the UCU as the bad guys denying us the education we pay £9000 a year, or more, for.

I’m not saying the UCU won’t necessarily get what they want. The miners under the Heath Government won a resounding victory. But striking and boycotting are the nuclear weapons of diplomacy. Not because they are dangerous, no—that’s not the analogy I’m after. No, they’re like nuclear weapons because they involve mutually assured destruction that drags third parties into the aftermath.

The UCU can’t keep making their members breach their contracts. The UCEA can’t keep having their vested interests actively rebelling against them. And we students can’t have our education so discredited by something that is nothing to do with us. I don’t have all the answers, but what I do know is that somewhere along the line this is not going to end well.