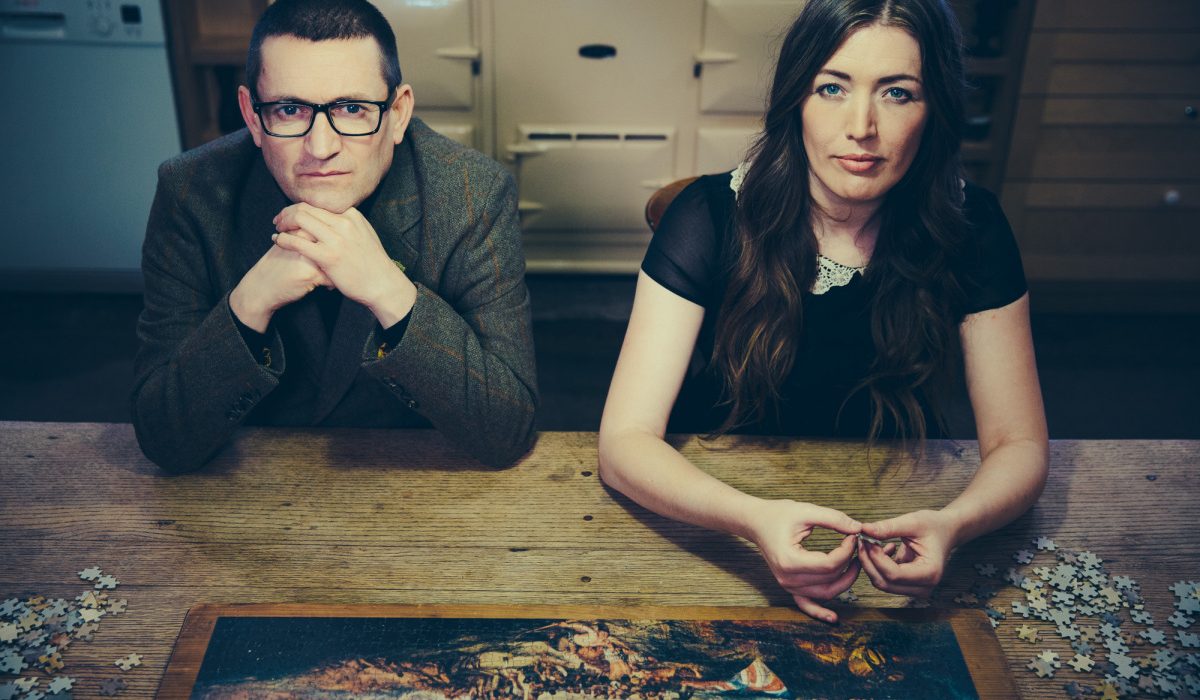 Over a decade after their last collaboration as part of the Beautiful South ended, Paul Heaton and Jacqui Abbott returned as a duo earlier this year, releasing the album What Have We Become? back in May. Featuring Heaton’s trademark witty, observational lyrics and Abbott’s soulful vocals, the record peaked at number 3 in the UK album chart – behind Coldplay and Michael Jackson, no less – despite the fact both parties had, until then, kept a relatively low profile since the split of their former band. In support of the newest release, Heaton and Abbott have been on a nationwide tour, which stopped off in Manchester on the 5th of December.

The show opened with ‘Moulding a Fool’ and ‘The Right in Me’ off What Have We Become?, though the album’s tracks were used sparingly throughout the rest of the show, buried in the mix of Beautiful South and Housemartins hits – ‘Rotterdam’, ‘Don’t Marry Her’, ‘Build’ and ‘Me and the Farmer’ being amongst the best received – that they clearly understood the crowd were first and foremost there to hear. Dressed casually in a parka and thick-rimmed glasses, Heaton’s demeanour on stage is completely devoid of pretension; despite his status as something of a cult national treasure, he remains exactly the regular northern bloke you’d expect him to be having heard his songs.

Taking a relaxed approach to the evening’s performance – singing the majority of their lyrics from behind music stands – he and Abbott chatted candidly between songs, delivering anecdotes (including, but not limited to, “that time I drank elephant’s piss”) and repeatedly thanking the crowd for sticking with them over the years. The stage backdrop featured a mock propaganda poster emblazoned with “PAUL AND JACQUI SAY BRITAIN NEEDS A PAYRISE”, as if Heaton’s famously left-wing views would ever slip his fans’ minds.

Whilst the show’s down-to-earth feel is endearing, the small scale was at times its undoing; a lack of horn section, for example, meant the more Motown-influenced numbers such as ‘Good as Gold’ sounded flat in comparison to their rousing studio counterparts, despite flawless vocal performances from the two singers. ‘Perfect 10’, meanwhile, was lacking its infamous, infectious porn groove bassline and transformed into a chugging pseudo-Motley Crue rocker, effectively stripping the song of its charm. Maiming what is perhaps their best loved hit in this manner would have been unforgiveable, had it not been the show-closing a capella rendition of the Housemartins’ almost-Christmas Number 1 ‘Caravan of Love’, prompting a heart-warming sing along and ending the show on an emotional, festive high note, and reminding their fans that, however low key their return, it’s good to have them back.