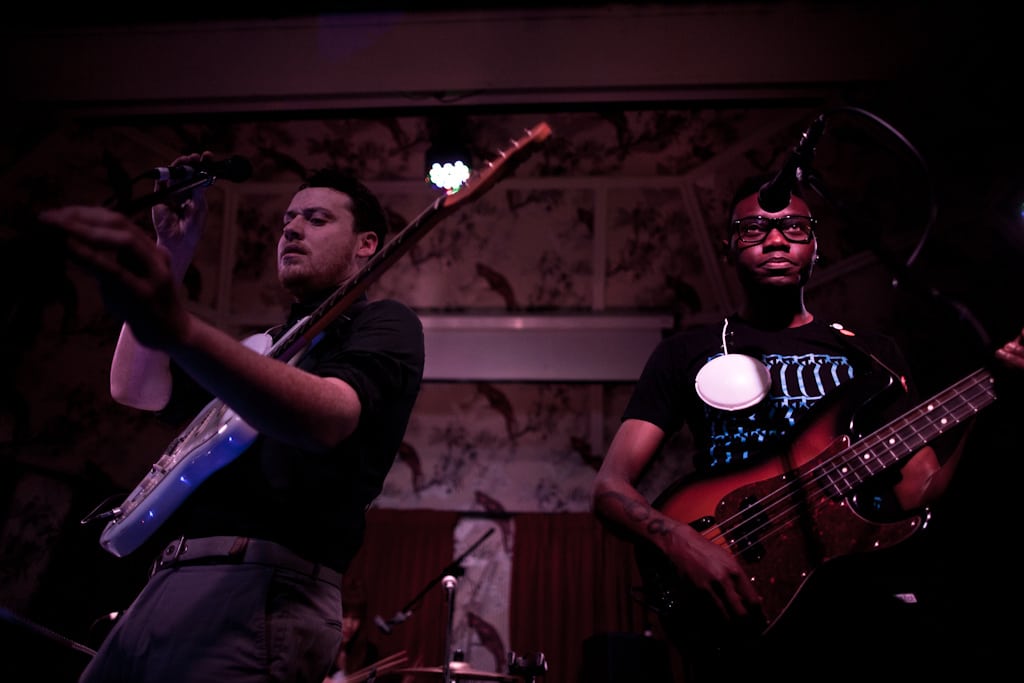 Supporting Metronomy were Teleman, whose debut album Breakfast had featured highly in many albums of the year lists. Their combination of clear and intelligent sounding vocals backed by bouncy guitar driven melodies proved their position as a solid support slot. Finishing their set with the slow building ‘Cristina’, anticipation started running high for Metronomy.

Having been touring in support of their album Love Letters for seemingly most of 2014, Metronomy’s live show has come on leaps and bounds. Towards the beginning of the year, I saw them perform a rather lacklustre gig in Birmingham, yet this time around, I was blown away by the sheer energy of the band.

They began their set with three of their earlier songs from second album Nights Out, including the gloriously bouncy ‘Radio Ladio’. Despite this, the crowd seemed surprisingly unimpressed by this choice of starters, and remained fairly static. Then, as the familiar opening chords of ‘The Bay’ kicked in, the crowd cranked up to a frenzy, and remained in one for the remainder of the show. Songs from The English Riviera were among the best received, but it was ‘The Upsetter’ from their most recent album that the clear highlight of the set.

The gig was everything you could have hoped for from a Metronomy gig. There were token members of the audience awkwardly bobbing and robot dancing in the wings of the Albert Hall, and the combined awkwardness and enthusiasm of the backing band was a joy to watch. The band shifted at times to form two pairs behind the keyboards at the back of the stage, seemingly to both play and dance in sync.

It was also nice to see that Metronomy have not abandoned their roots, with the setlist featuring a surprising amount of their older material. As they closed the night on ‘You Could Easily Have Me’ from Pip Paine (Pay The £5000 You Owe), and a cover of ‘Here Comes the Sun’ by the Beatles, the crowd was still going mental. A unique Metronomy kind of mental that needs to be experienced.