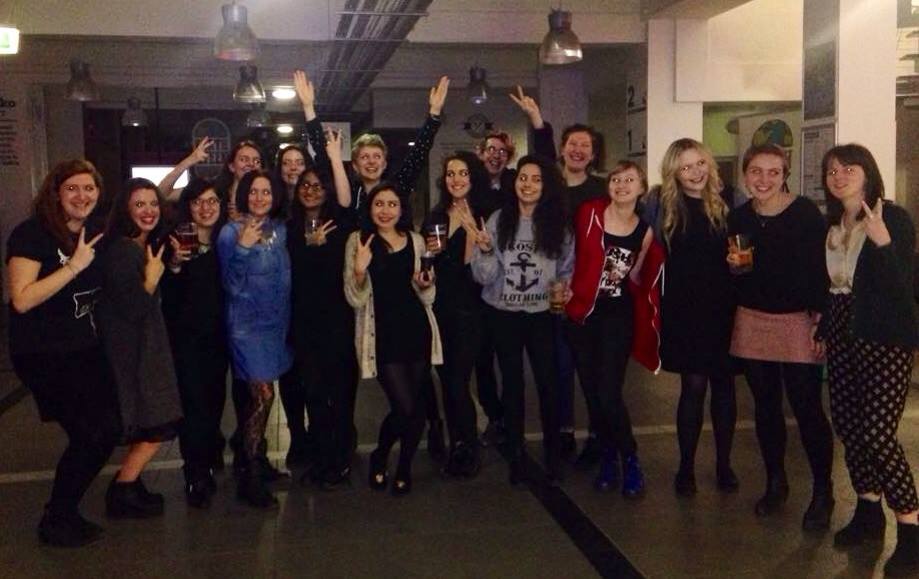 The cast of the production. Photo: Jess Lishak

The Students’ Union’s production of the Vagina Monologues has raised over £1200 for women’s charities.

In total, the show raised £1278 from ticket sales and donations on the night, which will be donated to the charities Manchester Rape Crisis and Manchester Women’s Aid.

Performed on Tuesday and Wednesday this week, both nights of the production sold out completely, and more tickets had to be made available to try and meet the demand.

In response to the figures, Jess Lishak, Women’s’ Officer for the University of Manchester Students’ Union praised the production as having “an amazing cast, an amazing script, amazing audiences both nights and most importantly an amazing amount of money raised for Manchester Rape Crisis and Manchester Women’s Aid, which is so desperately needed!”

The Mancunion also spoke to cast member Gráinne Morrison, who performed the ‘reclaiming cunt’ monologue. Reflecting on the success of the production, she said: “It makes me really proud to have been part of it, and I think it’s a reflection of the students of this university that it has been so successful.

“The subject of the vagina has always been something of a taboo. The show has encouraged both the cast and audience members to talk openly about their relationship with their vaginas. The audience shouting the word ‘cunt’ in unison was a personal highlight as it was a collective reclaiming of a derivative word that we should, in fact, celebrate.”

Originally written to “celebrate the vagina,” the Vagina Monologues is based on author Eve Ensler’s ‘vagina interviews’ conducted with women about issues such as rape in war, transphobia, sex work and the empowerment of women. It became an extremely successful Broadway show, attracting praise and criticism from around the world.

Fuse TV filmed the production and the Students ’ Union are currently in the process of editing and securing permission for distribution.