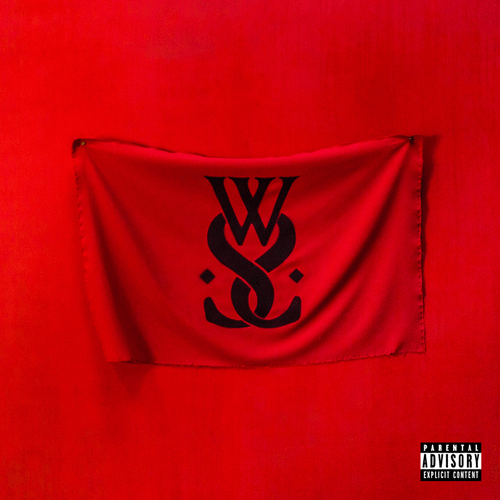 Album: While She Sleeps – Brainwashed

In 2012, While She Sleeps graced the metal world with a 44:32 long hell train of meteoric brutality and impassioned fury. This Is The Six was almost a perfect album. With Brainwashed, the sophomore release from the Sheffield based unit, perfection seems to have been redefined.

It was always going to be an incredible album, but the weight of expectation hung heavily over While She Sleeps, particularly with the obstacles blockading them from releasing Brainwashed by a year later than anticipated, frontman Lawrence Taylor was admitted to throat surgery and it was feared he might never scream again, descending into a dark place and having to be the subject of an intervention, Lawrence has overcome and gave a big, metal, Yorkshire middle finger to his demons.

The intro track to Brainwashed is a disillusioned angry mob of British folk young and old making a stand against our current system, the foreboding initiation soon turns to beautiful carnage in the form of lead single, and probably their best effort yet ‘New World Torture’. This fiery number embodies the whole record in one song, gang vocals, soaring choruses and sheer aggression, as well as a beautiful and most fluid guitar solo from Sean Long.

The next two songs, ‘Your Evolution’ and title track ‘Brainwashed’ maintain the momentum, safe to say that Sleeps certainly won’t be selling out to the corporate persuasion. That being said, ‘We Are Alive At Night’ shows that Sleeps certainly have a softer side, the track in question being the build up to the most recent single ’Our Legacy’ which is accompanied by a music video showcasing the band’s rise to cult renown. ‘‘Chance made us brothers, loyal to the last breath I take, our legacy won’t be wasted on me’’ are the elevated hollers heard in the song, encapsulating the unique but pugnacious nature of While She Sleeps. One of the strongest tracks on the album is ’Four Walls’ which commences with a serene guitar part followed by the yells of Lawrence Taylor ‘‘Everybody dies with a debt! No silence!’’ on ‘Four Walls’ we hear classic Sleeps, a highly politically fuelled song with some very welcome choruses from guitarist and backing vocalist Mat Welsh along with some of their heaviest yet grooviest breakdowns yet, led by drummer Adam Savage and bassist Aaron Mackenzie.

‘Torment’ and ‘Trophies of Violence’ demonstrate the lack of mercy this band have in terms of heaviness, anybody looking for an organic and progressive rock album should avoid this like the plague. Lawrence uses these songs as a social commentary on the broken youth and twisted upper echelons of modern day Britain ‘‘We are a living abortion, a vile creation, now let’s make the best of a bad situation!’’ These songs are two of the numbers which exhibit the perfect raw yet still polished sound of this release. Brainwashed gives way to the musical prowess of Sean Long for the latter part of the album, focusing on intelligent structure and sound rather than sheer violence.

It’s time to make way for the new breed in heavy music, welcome While She Sleeps to the metal hall of fame in the eyes of The Mancunion. A political statement. A warcry for the embittere voiceless. A career defining effort.

Be sure to pick up a copy of the deluxe edition March 23rd, and to witness the live destruction on this year’s joint headline tour with Cancer Bats at the Ritz, as well as summer festivals including Reading & Leeds, Slam Dunk and Rock am Ring.