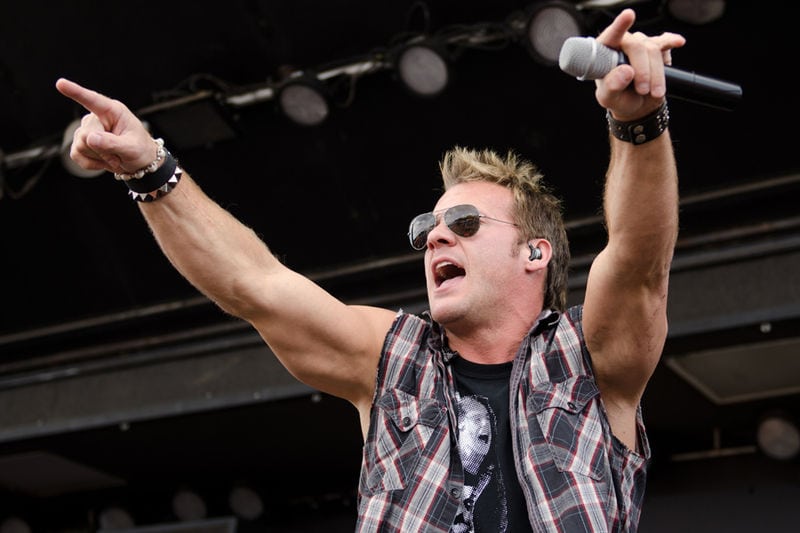 The music of Fozzy falls into a niche genre, which is looked at as an unruly sibling to the rest of the mainstream. However, testament to Fozzy’s success is their small following, stretching across the Atlantic and all the way into Ruby Lounge, Manchester.

If I’m being completely honest, I do not fall into this category. And I only really had an interest in this gig due to the lead singer, Chris Jericho, being a childhood hero of mine. And I probably wasn’t the only one. He was, and still is, a WWE superstar, and seeing him standing on The Ruby Lounge stage was surreal. But nevertheless, I was there.

The Ruby Lounge is small and intimate, suiting Fozzy who were within touching distance of their energetic crowd who filled the venue. From start to finish, Fozzy put on an explosive show and it is undeniable that Jericho made a large part of it, but by no means was this a one man show. Rich Ward, guitarist, was intense throughout and the ease at which he played his blistering solos was inspiring.

The opening song, ‘Do You Want To Start a War’, set the seen and was a clear favourite. And during this song, it didn’t matter why you originally came to the gig, you were now in the grasps of Fozzy live – and that is a pretty powerful thing. I would implore any metal fans to go and experience this for themselves. Especially if they’re secret fans of ABBA, as a Fozzy cover of S.O.S. surfaced during the show!

Throughout this show, I wished I was a metal head, but alas I feel that shall never be. But if this gig proved one thing to me, it proved that you don’t have to be a fan of this subset of music to appreciate the art.