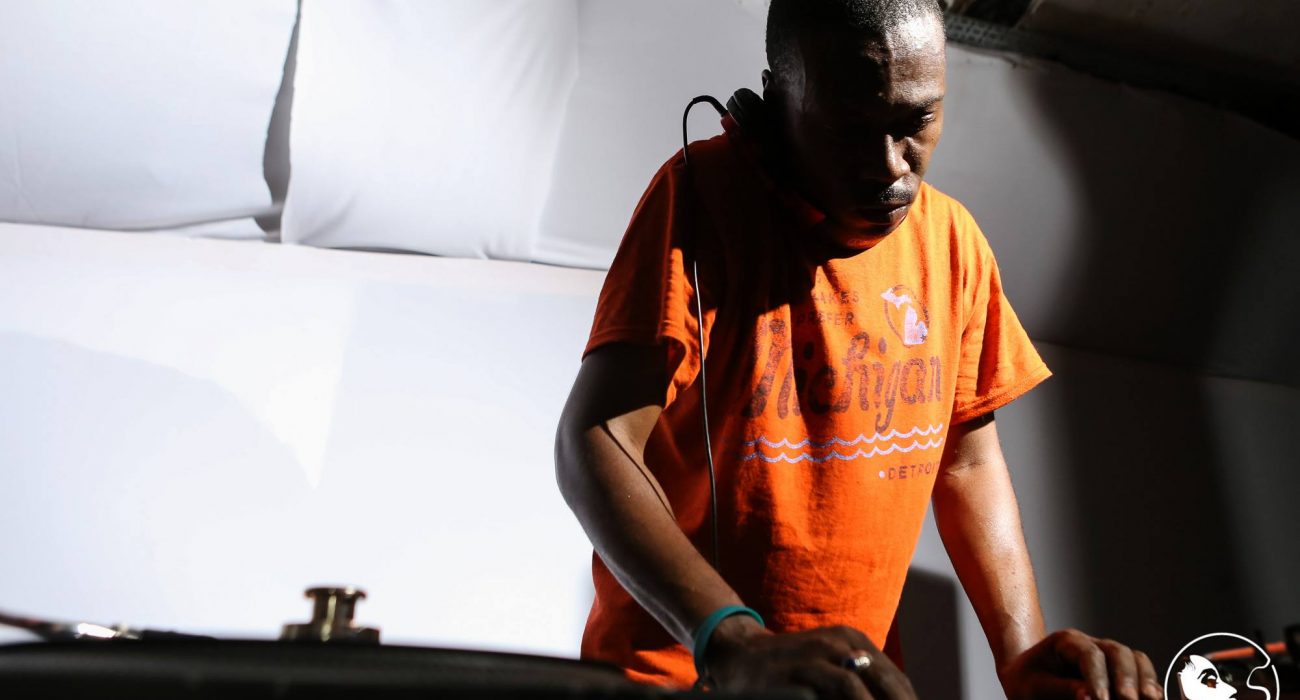 Marcellus Pittman is a member of the great super group Three Chairs, and while his profile may not be as flamboyant as that of Theo Parrish or Moodymann, there is no doubt that the Detroit house producer is a legend. Pittman was first noticed on Theo Parrish’s Sound Signature label in 1991, and since then he has released on FXHE, Unirythm and Track Mode.

Young South London producer Wbeeza warmed up the crowed with an original live house set, using his own productions and samples, therefore rendering the Shazam of the guy next to me useless. Manchester’s own Means&3rd  was up next, and he injected some energy into the room with Galaxy 2 Galaxy’s groovy ‘Transition’.

Finally at 10pm, Pittman showered the crowed with his signature Detroit house, building up the intensity track after track. The crowd definitely loved it, cheering with even more euphoria when he started pumping some techno like G-man’s ‘Quo Vadis’. He ended his set with a big humble smile to the audience whilst holding the last record he played to wave goodbye. Asking him what that last banger he played was revealed it to be Issac Christopher’s ‘The Good Old Days (Kerri Chandler Remix)’.

Not only did High Hoops bring Pittman but they utilised Islington Mill for a fun party with face paints, beanbags in the chill out room, curry, and even vegan hotdogs in the garden – making it an idyllic Saturday.  The High Hoops guys definitely know how to throw a party and make killer bookings.