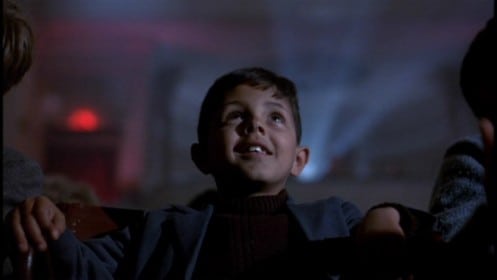 Film is one of the few media of entertainment that holds universal appeal. Its ability to unite and divide us is part of what makes watching movies such an enriching experience and popular talking point. So whether you’re a fresher, or you’re returning to Manchester for another year of study, you should absolutely make the most of the city’s thriving film scene, both on and off campus.

Not only does the University of Manchester offer film screenings during Welcome Week as a way of breaking the ice with fellow first years, but the Motion Picture Society runs all year round, offering weekly screenings, pub outings and socials. If you have any interest in film whatsoever, attending a screening and following it up with a hearty discussion over beers is a perfect way to meet a whole range of new people and get to air all your film-related opinions. You could also translate your interest in film into print, too. If you’re a budding writer, or are simply searching for another chance to share your thoughts on film, writing for the Mancunion Film section could be the perfect opportunity to cultivate your love of cinema even further.

But the opportunities don’t just end at the perimeters of the university. If you’re as fanatical about film as us Mancunion writers, then you won’t have to travel far to experience some of the most intriguing and offbeat film experiences in the whole of Manchester. HOME, appropriately named due to the sheer amount of time I spend there, is a hub for all things artistic. Offering a huge, ever-growing range of obscure and independent film screenings, you’d be missing out if you didn’t check out HOME’s cinema, particularly if you’re in the mood for something a little bit different. You can even make a whole day of it by paying a visit to the wonderful adjoining HOME restaurant, and the many courses, intriguing theatre productions and thought-provoking exhibitions which make this such a unique and vibrant asset to Manchester’s cultural scene. Having formed as a result of a merger of the much-loved Cornerhouse and the Library Theatre Company, HOME is a powerhouse of creativity, opportunity and the perfect outlet for fans of film, theatre and art. With excellent student discounts on tickets, it makes being a film fan in Manchester a whole lot easier and more exciting.

If your film tastes are a little less avant-garde, the Odeon Printworks and Cineworld at Parrs Wood ensure the classic cinema experience is never far away, providing a fun and affordable way to bond with your new flatmates and start a conversation. Starting university and making friends with people you’ve never met before can be a daunting prospect, so you’ll likely find that hosting film nights, going on cinema trips and even playing film-related drinking games can really kickstart your friendships at university and help you find out what you have in common with the people you meet. Creating your own drinking game or adapting one that’s already well-known could liven things up, and as Oscar season approaches you could even take a glance at last year’s Mancunion Oscars drinking game and celebrate one of the most discussed events of the year in the best way possible.

If your interests span beyond simply watching and discussing movies, Manchester is an excellent city to pursue filmmaking, either as a hobby or even as a career option. Most people are well aware of Manchester’s rich musical heritage, but let’s not forget how the city inspired acclaimed films such as 24 Hour Party People, Control and East Is East, to name just a few. With that kind of inspiration, filmmaking could potentially be a massively rewarding hobby to invest your spare time in. While the university itself offers a Filmmaking Society and student station Fuse TV, there are plenty of filmmaking meet-ups and courses on offer around the city for anyone who really wants to make the most of the time they spend at university. By using your imagination and utilising the resources at your fingertips, you can use your love of film not only to boost your career prospects, but also to cement plenty of firm friendships by the time you come to say “that’s a wrap!” at the end of your university experience.