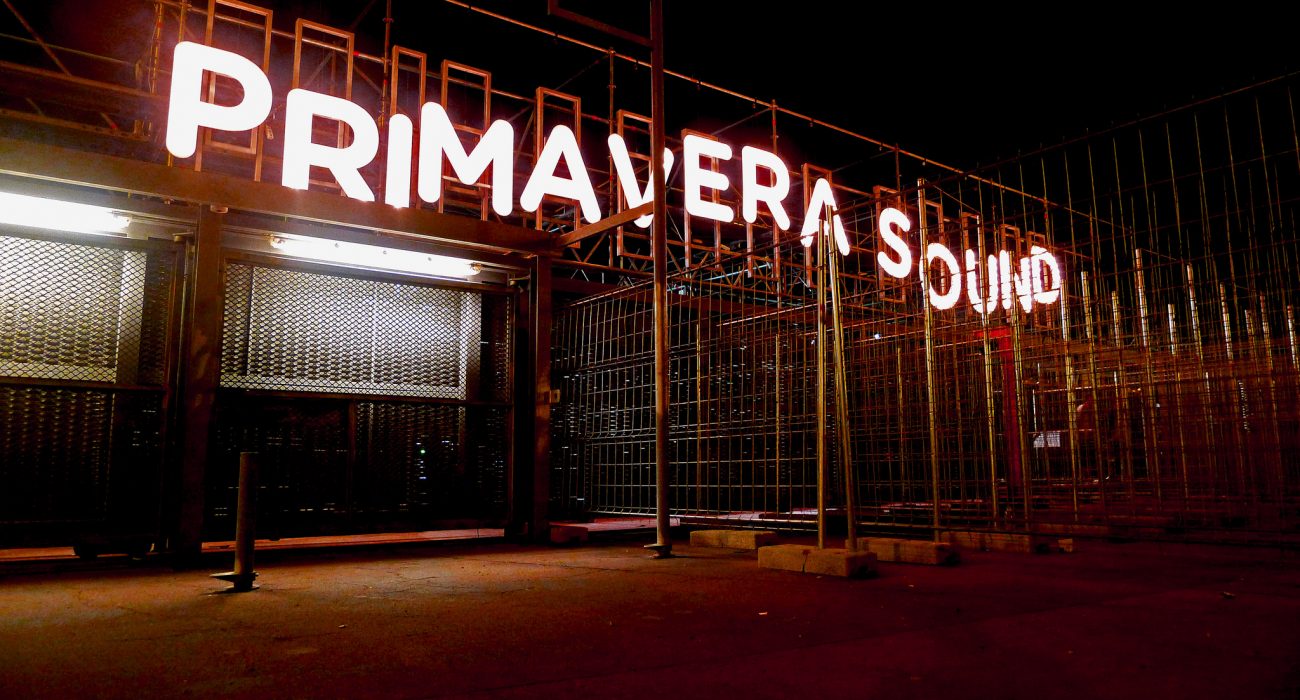 When I turned 15, I was a loud, nasty, discombobulated mess. Primavera turned 15 this year, and by god is it ever loud, but the similarities end there. Primavera has swelled well beyond its pubescent mid-scale festival proportions of a few years ago and is hitting full maturity, with over 200 bands and 190,000 visitors in attendance from far and wide across the globe. And what a place to come to: Barcelona in May, when blue skies are the new normal and God’s thermostat is set just about right between the spring chill and the oppressive heat of deep summer.

Though the festival is all about the music, most ticket holders come for a fully rounded experience of Catalonia, and Primavera’s layout feels somehow like an incredible calibration of city and festival. The music doesn’t start until around 4pm, so for five days, Primavera’s voguish attendees flood the city, streaming out through the festival gates and into Barcelona’s gorgeous placas and ramblas like a colony of well-dressed ants.

You can spot wristbands on beaches, in bars and on public transport, and exchange knowing smiles when the people attached to those wrists spot yours. Spending early afternoons lazing inside the festival walls is also an option—Primavera’s food stalls, particularly the Mexican taco vans and chorizo carts, are unanimously fabulous, mostly set up in a sociable food court area under a huge canopy. The sangria tastes twice as good in the sun, and everybody around looks twice as beautiful.

Primavera is a quietly innovative festival. There is not much of the wild, extroverted hedonism of fancy dress and wacky set designs seen at most rural extravaganzas, but the organisation of the festival, from the set timings to the stage setups to the urban planning of the Parc del Forum, is creative and thoughtful in itself.

Each artist seems to be allocated to a perfectly tailored setting. The spectacular ATP stage, perched on a stone shelf raised above the ocean, is the rightful airing place for the massive soundscapes of Spiritualized, Pallbearer, and Sun O))); with nothing behind you but the sea, the music seems to echo into eternity. Scuzzier, more percussive acts like Ought, Thee Oh Sees and Ariel Pink play host to the Pitchfork Stage, positioned under a massive concrete walkway that creates a cove of distortion. Primavera prides itself on the most diverse and exciting of line-ups, and the highest quality of stage sound engineering to ensure the optimal deliverance of the music.

So enraptured was I by my first visit to Barcelona that I almost forgot about the music, but on Thursday afternoon Noah Lennox AKA Panda Bear jolted my auditory receptors back into life with a staggering set inside a giant, pitch-black concert hall. The colossal Auditori RockDeluxe is Primavera’s trophy piece: A gigantic auditorium at the heart of Barcelona’s live music scene, possibly the city’s finest performance venue save for the choirs of Catalan cathedrals.

After two hours inside you forget that it’s still daytime and you exit with virtual jetlag. Panda Bear’s set was a symphonic masterpiece, filling out every corner and crevice of the great theatre in the same vein as the classical performances that often adorn the venue. The visuals were stunning: Noah Lennox stood at his decks dwarfed by a projection behind him that played over and over a loop of a mutating image that felt infinite in its subtle variations on the same pattern, much like the music from his latest album Panda Bear Meets the Grim Reaper.

The sensual imagery morphed from a pair of red lips eating strawberries to neon-painted symmetrical bodies to cherries bursting to jelly beans melting and then everything converged into a giant whirlpool of lysergic colours and then returned back again to the start of the loop. It was totally mesmeric, and particularly fitting when paired with my song of the year, ‘Boys Latin’. You can experience the visuals and get a taste of the live set via Panda Bear’s interactive website.

The other set I caught in the auditorium, a three-hour Swans opus, was lacking in any visuals at all—a product of Swans’ brooding, straight-edge approach to live shows no doubt, but something was needed to the divert attention after the first hour, at which point I left. It demanded extreme mental stamina that I couldn’t muster to patiently observe 20 minutes of repetitive (if powerful) stabbing guitar lines unfolding into something more.

If the Auditori Deluxe is the trophy piece, the Heineken Hidden Stage is Primavera’s party piece. A renovated underground car park (don’t old industrial sites make the best art spaces?!) is the setting, decorated like a grotto, swathed in a green hue and turned into a sort of demented graveyard of old vintage cars.

The only band I saw down there—because it did get kind of claustrophobic and muggy—was The Pastels, who must have brought their core fan base to Barcelona with them, because out of 190,000 people I did not expect there to be even 50 people who love The Pastels as much as the 1,500 thrilled fans who crammed in to the Heineken Hidden Stage for their show.

Saturday night hit new heights. Foxygen as a live act are total theatre. When I saw them at the Ruby Lounge in Manchester during winter, I was unimpressed by the cocaine car crash I witnessed, but this time around it clicked: This is all a hilarious act! (I hope.) The band are incestuous. They either assault or grope each other onstage, sometimes sort of both.

Frontman Sam France’s sheer nakedness is shocking, but you can’t look away: He’s like an inner city kid hung up on disco and coke, with too much money to spend and too much love to give, screaming “WE CAN CHANGE THE WORLD!” and dancing like nobody’s looking. When you see him in the act you may think of him as a naïve puppy or a petulant child, but just remember the commitment—and the balls—it takes to be doing what he’s doing up there. He’s already had a few onstage accidents from rocking too hard, and he is probably the core reason why this band may be breaking up, but what a ride!

The Strokes capped off a memorable night with their usual set of classics. Noticeably, a lot of songs from their last two albums have already entered into the collective consciousness, proving that The Strokes have never, ever lost their ability to pen a brainworm.

Much more music was to be fawned over, but not in this review.  In probably the best line up I’ve ever experienced, I’ll name-check Run The Jewels, Ex Hex, Mac DeMarco, Caribou, Mikal Cronin, and Sleater-Kinney as further standouts. I’d love to go on but I can hear my exit music playing. Primavera, will you have me again next year?