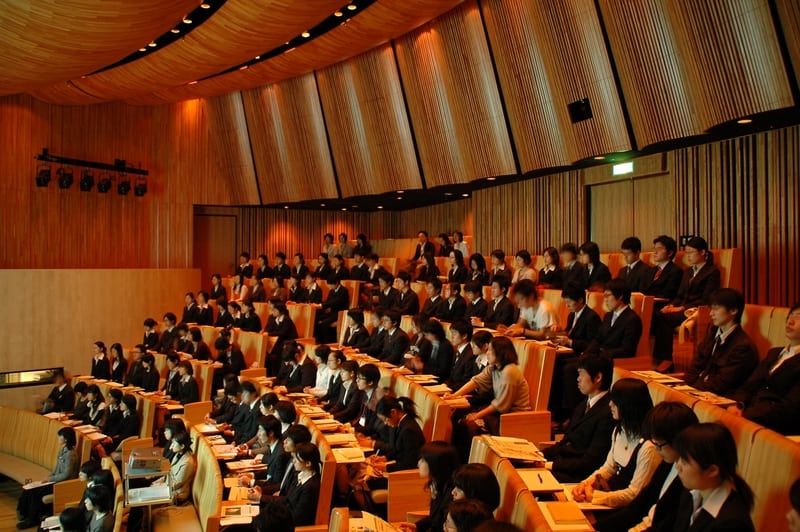 Across Japan, university humanities, law, and social science departments have come under systemic fire over the past few weeks.

Hakubun Shimomura, Minister of Education, Culture, Sports, Science and Technology has sent a letter to Japan’s 86 national universities strongly encouraging them to take “active steps to abolish [social science and humanities] organisations or to convert them to serve areas that better meet society’s needs.”

The order from Tokyo is not binding, but the letter has led to a purge with more than 25 universities announcing they will close or severely cut departments, focusing instead on engineering and science-based subjects.

The news of Japanese university departments’ closures comes as the Japanese parliament last week voted to reform the ‘pacifist’ constitution which has been in place since the horrors of WWII and the Japanese occupation of China.

While Japan enjoyed incredible economic growth figures in the post-war years, since 1990 Japan has been experienced the so called ‘Lost Decade’ with both incomes and GDP declining significantly.

Economic growth in the post-war boom years was largely based on high-tech manufactured goods, and reports suggest that the Japanese government’s hope is that by driving more students into science and engineering they might stimulate more sustainable economic growth, avoiding the unpredictable route towards a service-based economy many Western countries have taken.

Moreover, as Time reports, the move is most likely connected to the ongoing financial pressures on Japanese higher education. Japan’s low birth rate and ageing population mean there are increasingly fewer students to fill university places, with many institutions running at half capacity.

However, commentator Noah Smith, writing for Bloomberg View, argues that given that Japan’s humanities departments lean heavily to the political left, the recent move might be part of a darker attempt “by the social conservatives—Abe’s main power bloc—to move the country in a more illiberal direction by stifling dissent and discussion.”