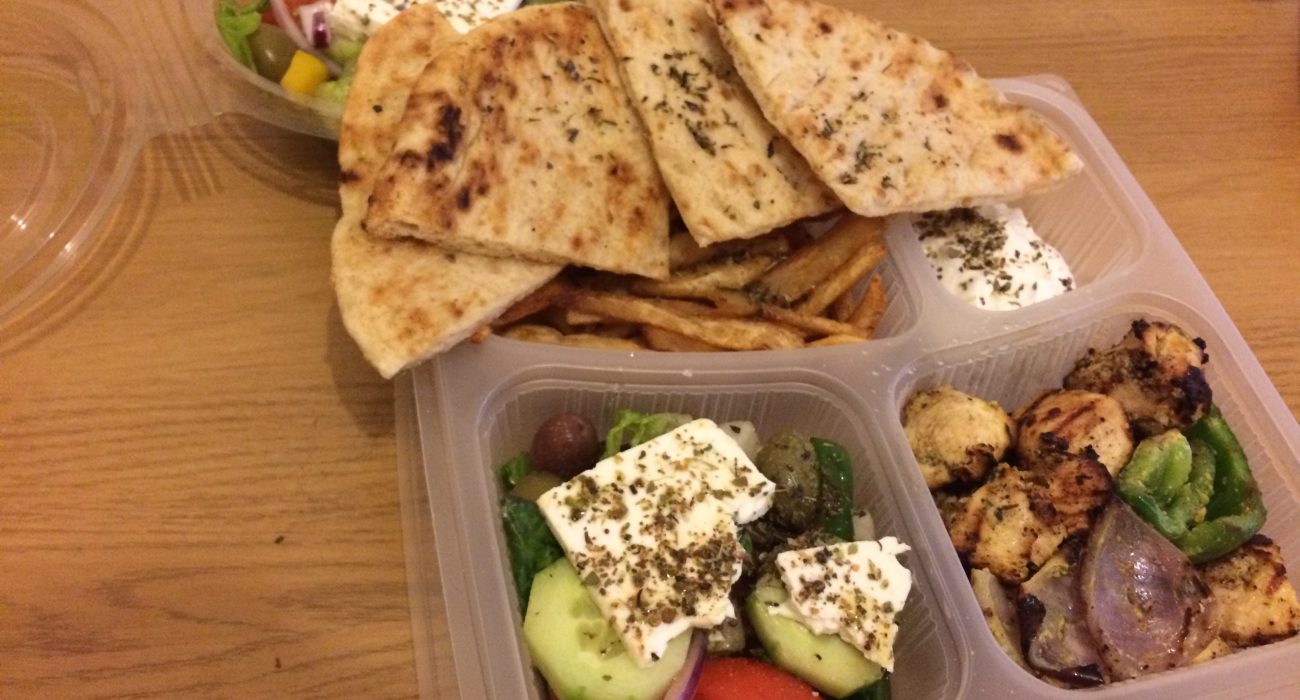 I absolutely love Greek food, so when I heard that Tzatziki’s Greek Deli and Take Away had opened in the heart of Fallowfield, just five minutes from my house, I could not contain my excitement. There was definitely a gap in the Fallowfield food scene for some wholesome healthy food to steal the limelight from Kebab King.

However, after my Greek-themed date night my excitement quickly subsided. Tzatziki’s is a family-run business on Wilmslow Road that has a simple menu of authentic Greek cuisine. From mezze platters to moussaka, the menu encapsulated everything that a traditional Greek deli should have.

My boyfriend and I ordered our takeaway and it arrived just thirty minutes later. The meal came to £11, which was decently priced for the amount that we ordered. I ordered the souvlaki chicken, which consisted of marinated chicken with tomatoes and onions, chips and tzatziki, which is a Greek side dish of yogurt with cucumber, garlic and mint. In my opinion this was a pretty safe option that the menu had on offer and therefore the dish was satisfactory, as expected.

The chicken flavours were rather bland and this was perhaps due to the lack of specification as to what the chicken was marinated in… perhaps nothing at all.  The chips that came as a side portion were flavorsome and it is with regret that I did not order just a large portion of them for myself.

My boyfriend ordered the moussaka, which was served with Greek salad and pita bread. He opened the box and pulled a face of disgust. It looked incredibly unappetising. Under the top soggy layer of cheese was some aubergine and lamb, which if you closed your mouth and tasted it was, at best, alright.

The salad consisted of a few sparse pieces of lettuce, tomatoes, and two olives, so I am not sure why they thought it was appropriate to put the word ‘Greek’ in front of it. I could have pulled together something much better myself so this really felt like a waste of my money. The salad also lacked any dressing, which did not help, as it was already very boring and could have done with the extra kick.

Overall, I was unimpressed with Tzatziki’s takeaway and I will not be ordering from there again.