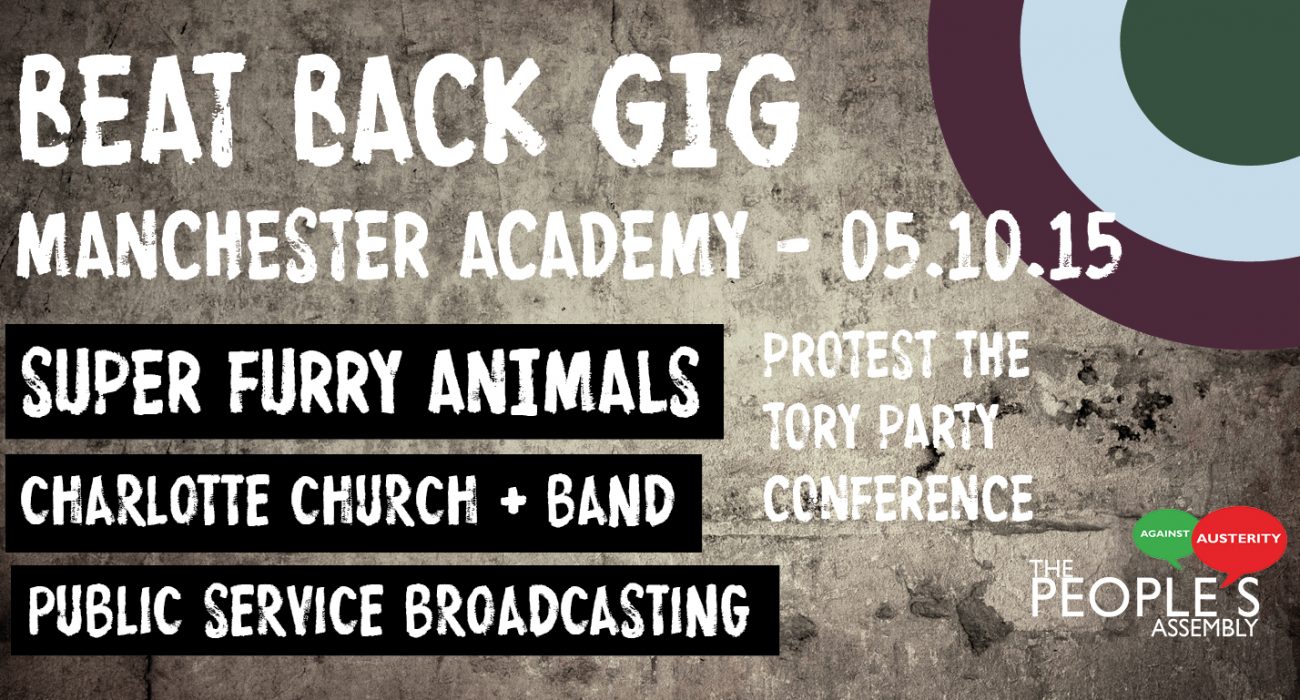 Live: Beat Back – Music Against Austerity

To get one thing firmly out of the way, the musical element of the Beat Back gig put on by the People’s Assembly—headlined by Welsh titans Super Furry Animals—was very, very good. Public Service Broadcasting put on a unique and entertaining show of radiophonic art-punk numbers interspersed with amusing pre-sampled stage patter. Charlotte Church reminded the audience that she can sing very well, with her voice strengthened even further by the backing of decent session musicians and a small choir. And Super Furry Animals, semi-legendary live performers, closed the night with an oddball bout of Britpoppy psychedelia ranging from soothing ballads of mountain people, to pounding pounding techno breaks. In this sense, there were no real complaints.

However, what soured the night in many ways, ironically, was the cause which brought this stellar lineup to the stage.

Attempting to be a jolly and light affair, much of the deep, upsetting issues regarding the current Tory government were left to the side, as the night’s host instead focused on repeated jabs at pig noncery and plugging his BBC3 programme.

It’s easy to understand why these vibe-killing issues were skirted over, but it’s still baffling that they were replaced with such a lame attempt to rouse political support, especially amongst a group of people who already despise the Tories. Even Charlotte Church noted that her own terrible exercise in chanting was redundant amongst such an audience. Viewing the Academy as a kind of big echo chamber, which it sort of is, you were left with a neat little metaphor of how useful these kinds of events actually are.

The highlight of this self-congratulatory rhetoric came when BBC3 Man played a video of himself criticising the overwhelmingly white and middle class make-up of the Tory party. This preceded the arrival of working class heroes Super Furry Animals and their class-smashing, meat and potatoes Oi! tunes.

Except, that isn’t really what happened, because Super Furry Animals, alongside Charlotte Church and Public Service Broadcasting, embodied a very white and middle class type of musical culture. Surely, in a world where the Chancellor of the Exchequer Gideon Fauntleroy likes N.W.A. (!), the People’s Assembly could have been a bit more imaginative about what diversity actually is. Similarly, every fucker at the gig was white and middle class, including me—which led me to re-evaluate the entire gig from a political perspective that genuinely hampered my enjoyment. 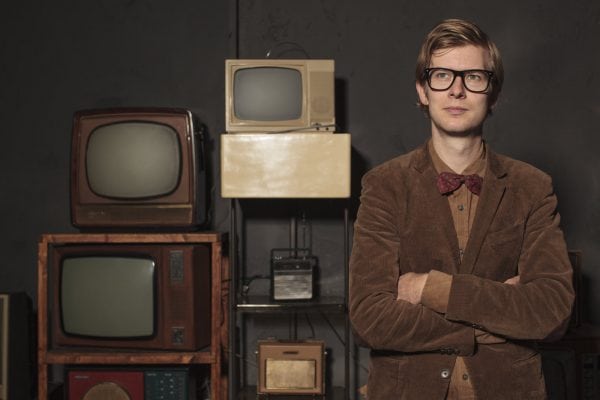 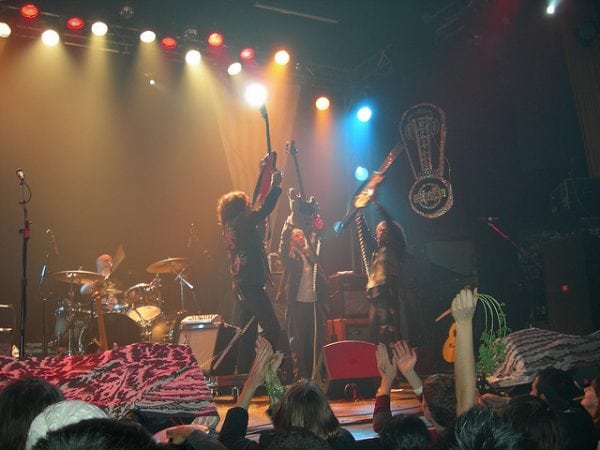 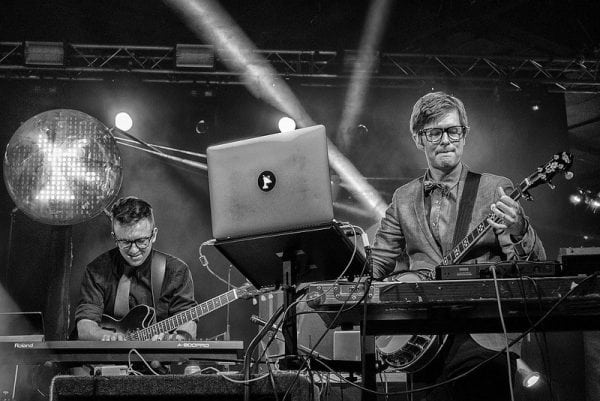