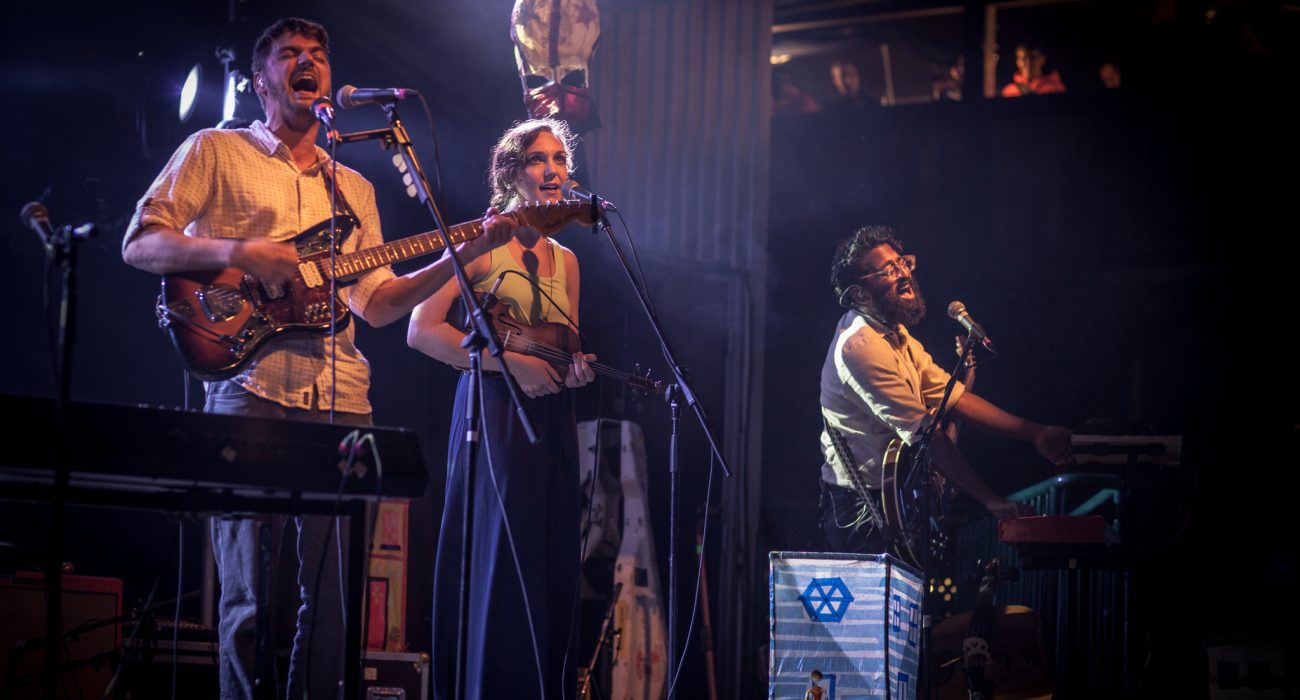 You wouldn’t believe that it was the penultimate leg of Hey Rosetta!’s European tour given the amount of energy on show during their two hour set, but what was even harder to swallow was how small their following is in the UK. The band are a well-oiled, indie-orchestral machine with a full sound, that would have absolutely lived up to their studio album sound… in a larger venue.

On a small stage littered with an array of tour boxes, pedal boards, and instruments ranging from a French horn to a Fender Jag, the band began the show with ‘Soft Offering (For the Oft Suffering)’, the opening track of their latest studio offering. This song set the precedent for the gig which, similarly to the track, was to be a series of crescendos and diminuendos.

Most of their tracks started out with frontman Tim Baker singing on his acoustic guitar or his piano, but each was quick to develop. The pure harmonies provided by backup vocalist and multi-instrumentalist Mara Pellerin juxtaposed Tim’s raspier voice in a special way; better live than on their record. However, the band were let down by the occasional feedback, most likely due to the small space confining the septet. Frustrating as this must have been given that it was out of their control, it was only a small, limiting factor in the seamless graduation between their heavier tracks from Seeds, to the more refined, Yukon Blonde and Sam Roberts inspired sound of their most recent album Second Sight.

In Canada they may be used to playing on larger stages and to bigger crowds, but their courteous and energised attitude did not reflect this, which was refreshing. You would expect a small gig at the end of a tour to come off as routine, but their set had a spontaneous feel, including a song that was cut from their most recent album called ‘Belle of Batoche’ as well as ‘Cathedral Bells’, which Tim stated that they hadn’t performed in eight years. They even took suggestions from the crowd; a Scottish man made it known that he had driven all the way down just for this gig simply to hear ‘Welcome’, and so the band crashed into it as if it were always part of their plan.

Hey Rosetta! are clearly very successful at what they do, but it would appear that they are a niche band in the UK. Their performance at Sound Control showed this, not just in that their following only marginally filled out a small venue, but also through the relatively scant crowd who were there were mouthing every word of every song. An acquired, but extremely satisfying taste.