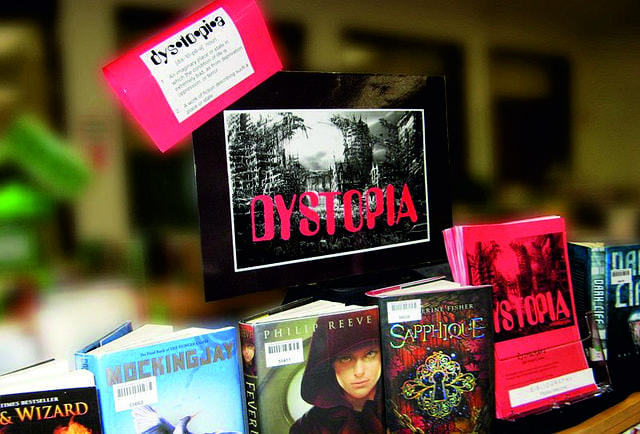 Young Adult books are typically aimed at sixteen to twenty-six year olds, but many are perfectly accessible to older adults too. As an aspiring author of YA novels, I try to keep my finger on the pulse of current trends and rising stars in the genre via Twitter, Goodreads and other social media. I rarely buy new books, preferring to wait and get them from the library or second-hand; however, this summer I was given an Amazon voucher and had my first ever—and probably last ever—“book haul”.
My selection covered several genres and included four recent YA books. Through them I aim to give you a glimpse of the current YA scene on both sides of the pond. If you are new to YA or not really sure of what the term means then I hope you enjoy learning about this diverse and constantly evolving genre.

This tale of rich and foolish young things was marketed in that irresistible but potentially destructive way: Can you guess the massive plot twist? This, of course, is not a good idea unless the twist is both impressive and well-hidden. It was well-hidden but not that impressive: the same thing or similar has been seen many times before. However, the setting, an island near Martha’s Vineyard, was vividly described and the sense of impending doom made me quite jumpy at times. If you don’t see the ending coming I can guarantee you will flick back to the beginning to read at least some of the book with new eyes.

This novel caused a storm for having been written by a seventeen-year-old. As a young writer myself I followed Alice’s story and when my copy finally reached me—I was studying in Spain at the time—I connected to the story instantly. It’s unique among novels I’ve read in that it depicts a modern British sixth-form realistically, no doubt because Alice was attending one when she wrote it. There are so many references that Brits of my generation (90s kids) will get but probably no-one else will. Even if you don’t, it’s very readable, especially if you’re somewhere hot and fancy being transported to a freezing UK winter.

I remember when this first came out I fell in love with the artsy purple dust jacket. Sadly the paperback, which is what I ended up with, is more ordinary. The important thing, of course is the story, which is pretty good. However, for me there was a major issue with age: the main character, Pearl, is supposed to be sixteen but frequently seems much younger. We watch her try to function over the year following her mother’s death in childbirth—the “rat” of the title is her baby sister. It’s as moving as you would expect, albeit with a gratuitous and slightly annoying romance thrown in.

This was probably the most hyped of the four and that put me off reading it at first. I was slightly peeved when my copy arrived without the yellow page-edges—that was one of the things that attracted me to buy it rather than wait for it to arrive at the library. Anyway, this, like We Were Liars, utilises setting to the max: the action unfolds on the Californian coast and we see the best and terrible worst of living by the sea. The prose is beautiful and makes up for the lack of plot (it just drifts dreamily from romantic encounter to fight to romantic encounter to fight). The big mystery is guessable from early on but for me it didn’t really matter. A violent thunderstorm hit Salamanca while I was reading this and the room literally shook. Needless to say, it was a memorable—and powerful—reading experience.
Overall I was very pleased with what I read: now is clearly an exciting time to be a YA author or fan.