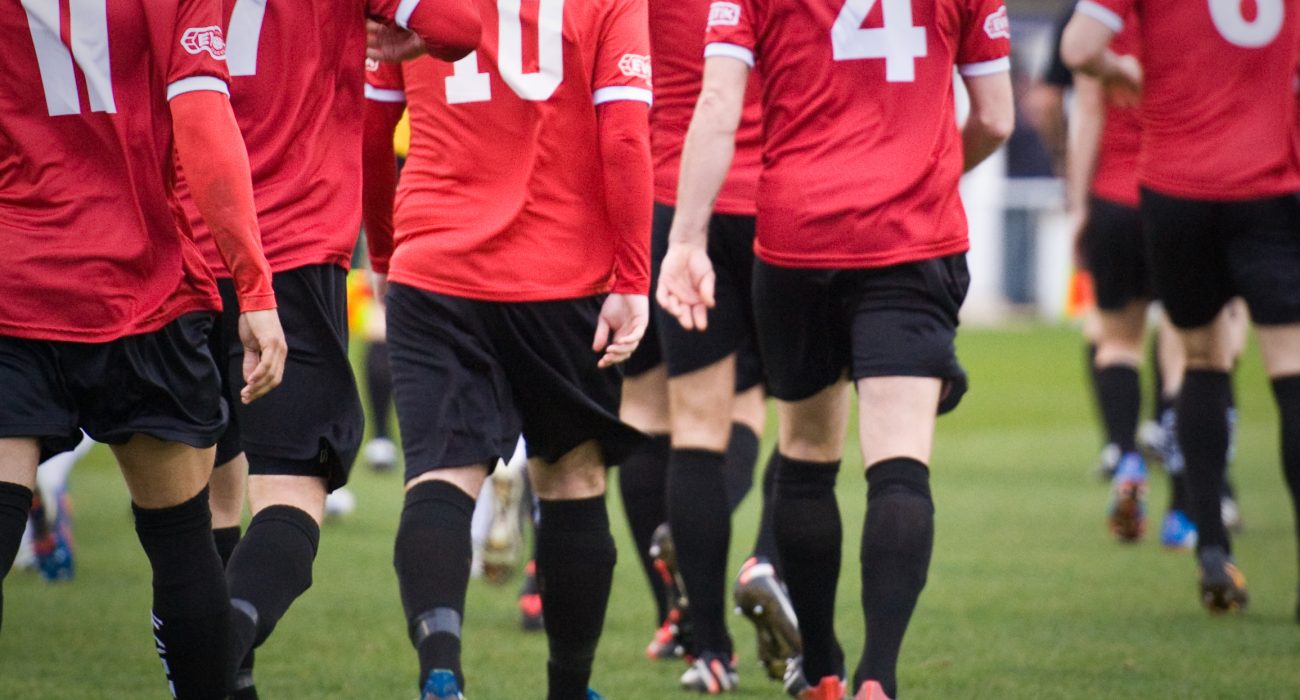 Currently 15th in the National League North (a.k.a. the Conference North), FC United of Manchester, to give the side its full name, was formed as a protest club by fans disgruntled in the wake of the Glazer family’s takeover of Manchester United, and the subsequent mountain of debt and interest payments that they have burdened the club with since. The Glazer takeover was a major factor in the formation of the club, but not the sole one; increasing ticket prices and seemingly quieter and more corporate crowds, famously branded as the “prawn sandwich brigade” by Roy Keane, also fostered a general sense of disillusionment amongst some.

FC United’s first three seasons yielded three promotions, but the Northern Premier League Premier Division, one of the leagues that comprise the seventh tier of the English football pyramid, proved a much tougher nut to crack. For six seasons, FC toiled mainly in the upper echelons of the division—they finished sixth in 2008 – 09, fourth in 2010 – 11, sixth in 2011 – 12, third in 2012 – 13 and, agonisingly, second in 2013 – 14 (only the champions are promoted automatically, with sides finishing second to fifth entering the play-offs)—but to no avail.

However, the 2014-15 season was to be their year, finishing as champions and finally earning that long-awaited promotion. In one respect the promotion came at a perfect time: FC were about to move into their own stadium, Broadhurst Park in Moston, after previously using Gigg Lane, the home of Bury Football Club. Because the new stadium is much closer to where my family and I live, my dad, my brother and I decided it was time to become members and season-ticket holders.

While the stadium is open, it certainly isn’t finished; areas where terraces could be added are plentiful and the floor of the bar area underneath the main terrace is just a bunch of rocks, not yet tarmacked. The club are holding raffles, placing donation boxes and creating other events to generate the funds to continue the stadium work, but the club feels energised by having a place to call home, rather than paying the Gigg Lane leaseholders rent yearly. Attendances have been high throughout the club’s existence, especially so this year, with crowds regularly topping 3,000 for league games.

Attending games at Broadhurst Park will certainly be a culture shock for those who mainly attend professional-level football. Even though many Football League grounds have terraces, the opportunity to walk unencumbered all the way around the pitch will certainly be foreign to many who have not been to a non-league match before. Also, the ability to stand right by the hoardings and be close enough to hear goalkeepers and centre backs bellowing instructions, even above the din from the terrace and the protestations of fellow supporters, is a pleasant quirk.

Not surprisingly for sixth-tier football, attacks generally involve long balls, crosses from out wide, set pieces and opposition mistakes, or a combination of these. Tackling is tougher and referees are more lenient. Sustained periods of penetrative, crisp passing are unfortunately an extremely rare treat.

It isn’t hard to see why most of the players are currently at that level: You have big, strong, committed centre backs and defensive midfielders usually too scared to attempt anything other than the most simple pass available; skilful players whose impact on games is not felt often enough or for long enough; and you have the ex-pros, bodies fraying through years of use but still capable of the odd piece of magic. Case in point, Lee Hughes scored Worcester City’s first in a 2-0 win with a delightful turn and curved shot into the bottom corner (he was then sent off for raising his hands to an opponent’s face—what a surprise!). And Deon Burton came on as a City substitute, and he used all of his nouse and experience to hold up play and provide vital respite for City’s besieged defence.

Segregation isn’t enforced and opposition fans are free to wander and stand wherever they like. Some choose to claim a pocket of the stadium as their own and chant from there, but others prefer to mingle with the home fans. There has been good-natured ribbing between fans, especially between the singing sections, but it’s also common to discuss the clubs and players with any nearby opposition supporters.

Despite the complaints, I have to say that I look forward to going each time. That wonderful sense of supporting a club and joining them on a rollercoaster ride is present each time I go; I’ve jumped up in delight at last-minute equalisers and winners for FC and I’ve cried out in despair after an opposition counter-attack has finished the game. Watching FC United play elicits that wondrous, almost childlike mixture of joy and anguish, excitement and fear, and relief and nervousness; that feeling of belonging to a club, being part of a community, to which I’m sure any football fan can relate.

Therefore, even if it is an occasion you ultimately end up not enjoying, I can only wholeheartedly recommend that any football fan should experience a non-league game at least once, whether it be at FC United or another club. Tickets for FC United games are cheap, too, with adults paying £9, concessions (which includes students) £5, and under-18s £2. Adult and under-18 season tickets are £100 and £21 respectively, but the club also asks for a donation. If you would prefer to not stand, there is a seating area along one side of the pitch.

On match days, there are shuttle buses from Stevenson’s Square in the city centre to Broadhurst Park. The nearest Metrolink station to the ground is Newton Heath & Moston. The club’s website gives further details on how to reach the stadium.