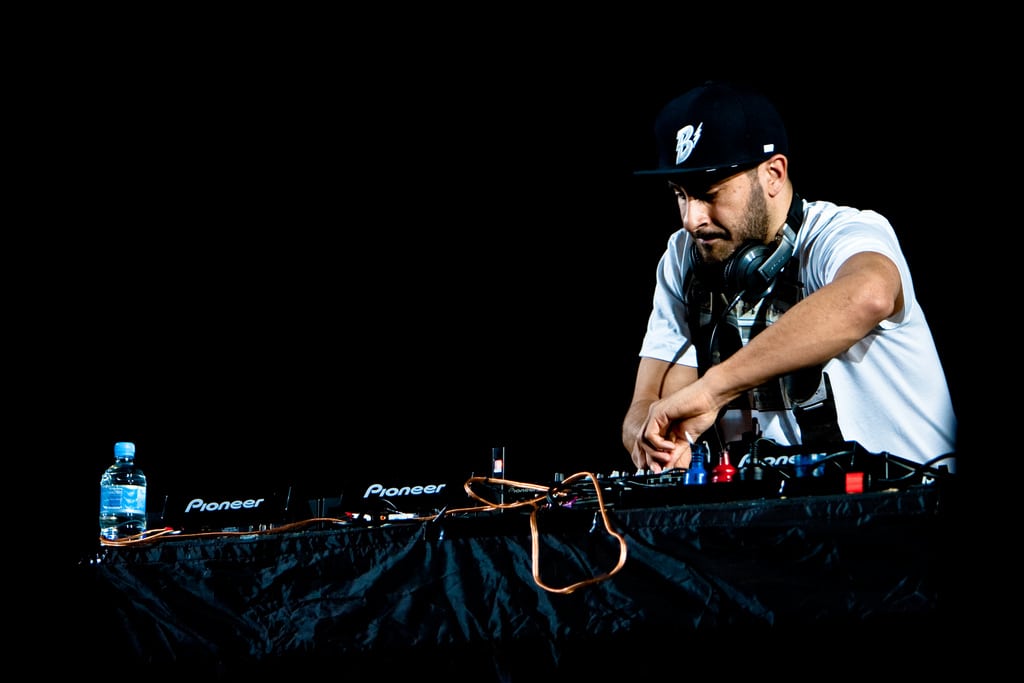 For the entirety of your average Manchester student’s life, this man has been plugging the airwaves, crossing three decades and generations of hedonists and ravers. Armand van Helden has a backlog of party anthems; from his 1996 hit remix of Tori Amos’s ‘Professional Widow’ to his collaboration in 2009 with Dizzee Rascal on ‘Bonkers’.

The 17th October saw Armand headline alongside Basement Jaxx at the new Sankeys Warehouse event to a raucous 5,000-strong crowd. “Me, Steve and Simon, we’ve done many gigs together, especially in the 1990s. In this instance, we are fortunate that they have got us b2b so we can do what we used to do, which is gonna be pretty cool, you know.

“I never get daunted. I never really think of being a DJ in general, but rather being a performer and entertainer. My first international gig was in ’93. I’m getting close to 25 years of this, so it’s not really daunting anymore, but more like ‘really enjoyable’. They always say wine gets better with time and some DJs work like that. It’s more enjoyable than the early days when you were more nervous.”

The 1990s were Armand’s breakthrough decade. Now he has seen the 1990s re-emerge; in its culture and even music, with one of his own mixtapes from 1993 resurfacing and being a big internet hit. “There’s a number of them; I used to put them on cassette, back when I was struggling, of course. I used to DJ at this fashion store in Boston that my friend was managing and I would sell my tapes there.

“I don’t know if people know this, but if you had a VHS (which most people did), you would record your set through the VHS, then you would have a bunch of double cassette recorders and you would just jump them manually. The VHS tape would be your master because it was good quality, if you went from cassette to cassette each time you go it degrades severely the quality. Any mix tapes that pop up with that name on them were from that time.”

Reflecting on the 90s resurgence, Armand is nonplussed. “Yeah, I mean fashion, music and art all roll through the same cycle and we’re in that cycle. It’s funny because we lived through that era and there were finite details that were really important and whenever something gets retro, there’s always these little things right that people that lived in that time can break down and be like ‘no, that’s wrong.’

“Just because you put bell-bottoms on with those types of shoes, those are from two totally different eras. You’re thinking, ‘Hey, it’s all 70s, it must work,’ but it doesn’t. Every time there’s a resurgence from the past, a past that I have been through, it’s never exactly the same. There’s always a ton of details missed. Little things like you weren’t supposed to do that type of record with that section, because that section was three years late. They don’t know that because the kids making the records are just like it’s all 90s, it’s all good.”

The rich music heritage and rivalry in the UK is something Armand took note of quite diplomatically, too. “The main thing about the UK is that London is London and the rest of the UK is broken up into segments where they are all competing with each other. You guys live in quite a tribal country, so when I’m in Manchester and that area, it’s quite near to other places, but they seem like they all wanna outdo each other. I kind of like that vibe.”

Finally, being an old school DJ, Armand surely must love the vinyl resurgence. “I’ve had over 15,000 records on the shelf for as long as I can remember, so there’s no question about my affinity to vinyl! I carried around records for over 15 years and that’s sometimes two to three record boxes. Even before record boxes I was carrying milk crates.

“I go back as far as when you had double-size milk crates and the records were just exposed, so if I came out and it was raining, your records would get messed because you were waiting for your car. Don’t get me wrong, I’m a record collector, and I love vinyl, but if the technology is there on a USB stick, and you can just play a set with some headphones and a USB stick, I’m going to take the USB stick!”