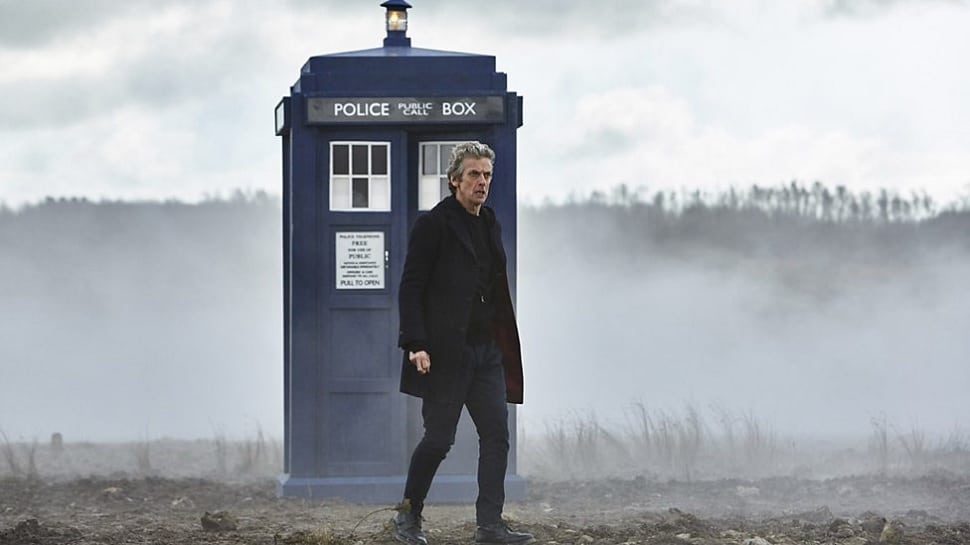 A sharp decline in ratings greeted the arrival of the ninth season of the revived Doctor Who—a fair reaction, perhaps, considering that the last couple of seasons have represented a distinct drop in quality for the revered sci-fi show. But what viewers were not counting on, was that the latest season has, so far, been unexpectedly outstanding. Gone are all the cheap subplots and insultingly predictable ‘twists’ in the overarching narrative of the seasons. Steven Moffat and co. have reinvigorated Doctor Who with the blend of fun adventure and soft horror that made us love it in the first place.

Now in his second season as the titular millennium-old, time-travelling madman, Peter Capaldi has truly made the character his own. His previous season represented a tentative tiptoeing around wholehearted characterisation to play trial-and-error with his interpretation of the Doctor. Now, we have a fully formed character—a guitar playing, shade wearing, fiercely rebellious Time Lord, who manages to be an old soul and a young boy simultaneously. Some have labelled him a darker Doctor than his two predecessors. This is true, to an extent, but Capaldi’s Doctor is also a humorous and playful man. And his fantastic chemistry with his current companion, played by Jenna Coleman, has led to one of the most brilliant Doctor-companion relationships in the show’s history.

Season nine has, so far, solely comprised two-part stories—an excellent call on the part of Moffat. The general lack of these two-parters over the past couple of series had deprived the show of the opportunity to give us some truly memorable stories. Every story so far this season, on the other hand, has been a potential future classic within Doctor Who’s canon. We’ve had a story with the Daleks and the Master (or, should I say, Missy); we’ve had a ghost story; we’ve had a story about immortality, featuring Game of Thrones’ Maisie Williams; and we’ve had a story with the fan-favourite Zygons. All of them have been fantastic. Make no mistake, Doctor Who is great again. It has followed up what was by far and away its weakest season with its strongest run since Matt Smith’s legendary first outing as the Time Lord. Kudos to Steven Moffat for realising what was going wrong.

Unlike in previous seasons, this run of episodes has consisted of none of the fan-boy teasing and theory baiting references that have made the show so unbearable to the casual viewer. Jenna Coleman’s rumoured departure from the show at the end of this season has not been hinted at in any obvious way, and no overwrought plot-arc has been put in place to foreshadow it. Season seven’s Asylum of the Daleks (as great an episode as it was) toyed too much with her unusual arrival, leading to the fan-theories over her character’s nature becoming more pervasive than the details of the show itself. Season Nine has returned to being more interested in the mythology of Doctor Who than with the overly silly and often-predictable narratives that had been poisoning the show.

It’s a pleasant surprise to be able to report that Doctor Who is on top form again. The showrunners have learnt from their mistakes over the past few seasons and have brought back the Doctor Who we all used to love. If you’re one of the many people who decided to bail on it after the disappointing Season eight, then I’m afraid you’re missing out.