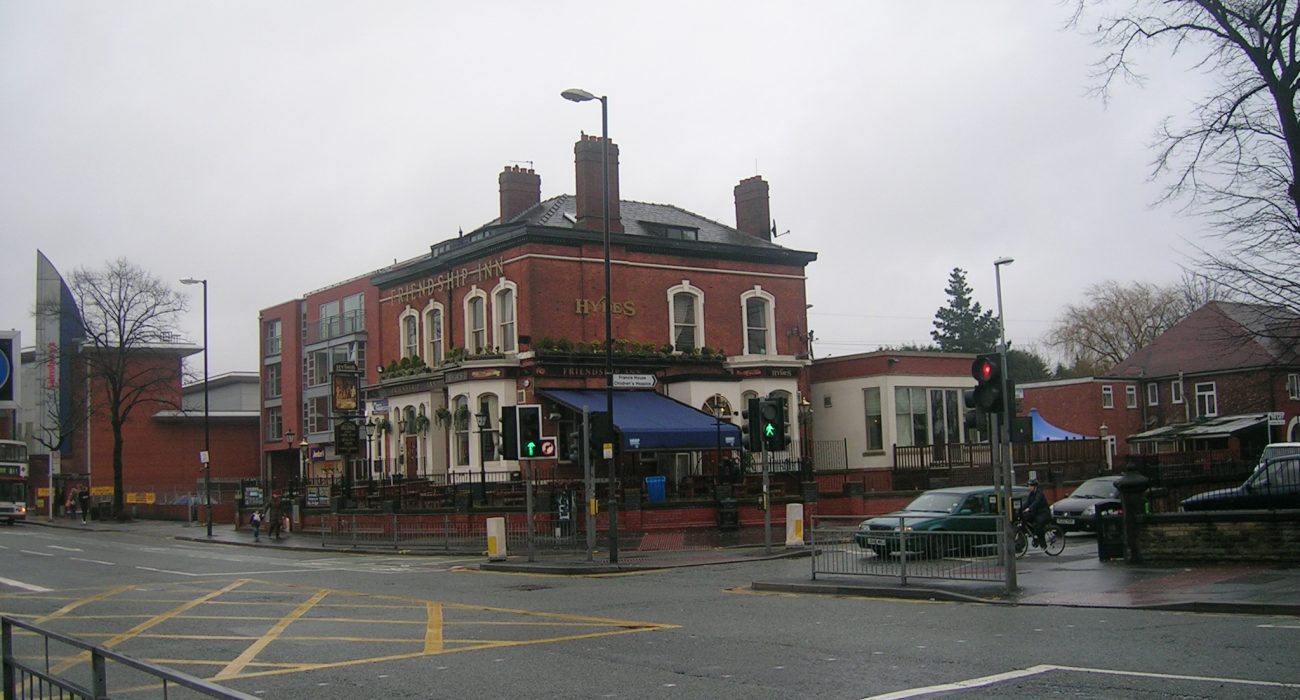 A young couple were attacked in Fallowfield after getting into an argument with people in a car. Photo: raver_mikey @flickr

A young couple were attacked outside The Friendship Inn on Wimslow Road, Fallowfield at around 2.30am on Sunday, after they got into an argument with people passing in a white Vauxhall Corsa.

A 21-year-old women was punched in the head and her 22-year-old boyfriend was punched and stamped on until he lost consciousness.

The car had stopped at a nearby crossing and an argument broke out between the couple and the people in the car. A man then left the car and approached the couple, punching the young woman in the head and then turning on her boyfriend when he tried to defend her.

Another man from the Corsa then joined the offender in attacking the young man until he was left unconscious on the pavement.

Both men then left the scene of the crime in their waiting car.

The male victim was taken to Salford Royal Hospital. He has been diagnosed with a bleed on the brain and remains in a serious, but stable condition.

Police have confirmed that two men aged 23 and 24, have been arrested on suspicion of Section 18 assault.

A 25-year-old woman has also been arrested on suspicion of assisting an offender.

Detective Inspector Adrian Gallagher said: “This is a serious and seemingly unprovoked attack which has left a young man fighting for his life and his girlfriend with head injuries.

“The ferocity of the assault is truly shocking and it is paramount that we bring the thugs who carried out this attack to justice.

“There were people around at this time, as this was a busy student area, and it is critical that anyone who may have witnessed the attack comes forward to assist our investigation.

“If you saw the attackers, or the car they were driving, please do not hesitate to call the police.”