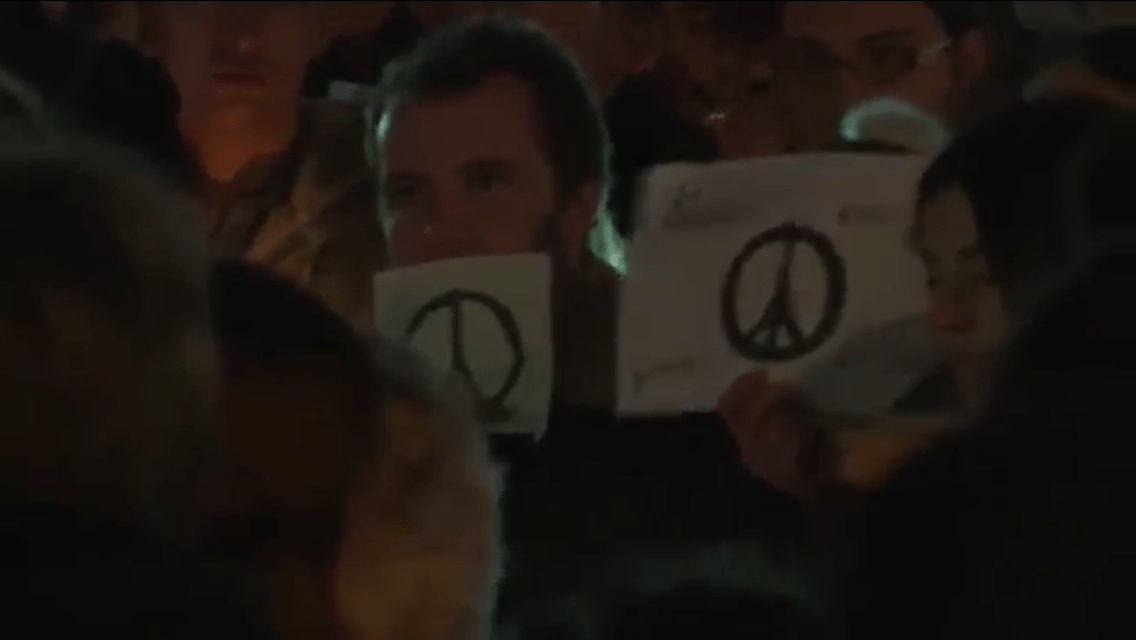 Last week, nine attackers working on behalf of so-called IS murdered almost 130 innocent civilians in various locations in Paris, invoking a worldwide condemnation of the attacks.

The City of Manchester paid its own tribute to the victims of the Paris attacks last Sunday by gathering in Piccadilly Gardens for a silent vigil. The vigil lasted for over an hour with many people from different nationalities, ethnicities, and backgrounds in attendance.

One attendee said: “It is very moving to be here tonight, and I felt very shocked on Friday, and amongst much sadness it’s good to be able to get together with people here in the centre of Manchester.”

A Muslim mourner said that he feels “very upset like any other person because of the scale in which people died and that is why I am here to say [to the terrorists]—not in my name!”

One French mourner said: “It’s my blood, my country, my values” that suffered the cowardly attack on Friday 13th November.

The organiser of the gathering said: “I needed to be a part of a gathering, and saw that no gathering had been organised, and so I just launched a small Facebook event and I didn’t expect it to be so viral with lots of people.”

He added that “It’s great to see that lots of people, not only French people, are supporting us and that people from all over the world, living in Manchester, came to support the French people tonight and not only what happened in France but also the Beirut attack the day before.”

One woman who attended the vigil beautifully summed up the response in which needs to be outlined not only in Manchester but all over the world: “Love one another and life will be much better.”