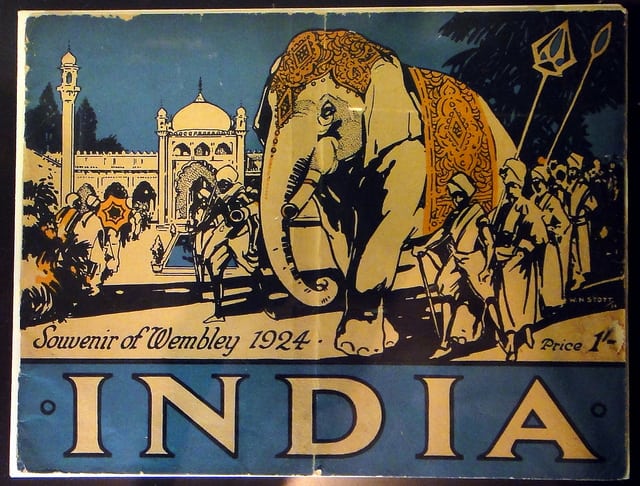 The acquisitions of empire

Upon an orchestra striking up the tunes ‘Crown Imperial’ or ‘Rule Britannia’, one tends to suffer from a severe case of the goose bumps. The kind of music that makes one feel proud to be British and to take pride in our glorious history as a small island that has continuously punched above its weight on the world stage. These tunes are also, however, associated with our imperial past, which has, in the last few months, come back to bite us in the arse, with a host of different nations seeking to extract some form of recompense for our ancestors’ actions. We should not feel any guilt for what our forefathers did and we most certainly should not start paying reparations or begin giving stuff back.

I only bring this subject to the attention of The Mancunion‘s readership because of the recent actions of a group of wealthy Indians who are trying to sue the Queen for the return of the kohinoor diamond, one of the largest and most impressive components in the crown jewels. It is nothing more than these people throwing their toys out of the pram and being damned ungrateful to boot. Her late majesty, Queen Victoria, acquired the diamond after a treaty was struck with the kingdom of the Punjab and its young ruler decided to present the diamond to the Queen in person as a sign of his loyalty. It was not seized from the hands of some helpless Indians, but gifted to Britain: A sign of our strength, which echoes the sentiments of the famous painting that still hangs in the foreign office, entitled ‘Britannia Receiving the Riches of the East’. I say this is ungrateful of them because of what India might have been like had Britain never administered the continent. It was general practice in India to burn a widow alive on her husband’s funeral pyre at the time that the British arrived, and it was thanks to Britain that the practice was quashed. What would India be like without its railways, its parliament, its education system or cricket? I perish the thought.

The Elgin marbles are another matter of contention, and although Greece was not a British territory, the Greeks will say that their nation was robbed of the antiquities by the British and that they deserve them back. Well to that I say, they deserve nothing of the sort. When the pieces were acquired by the 7th Earl of Elgin, then ambassador to the Ottoman Empire and a noted collector, there was no such thing as a Greek nation, nor had there ever really been one previously. Greece was but a province of the Ottoman Empire and Elgin dealt with the legitimate government of Greece at the time. If there had been a Greek government to talk to, then Elgin would have naturally had to go through them, but there wasn’t, so he couldn’t. If Britain suddenly started to give back artefacts taken from other countries, the museums of the western world would empty at lightning speed as it would set a dangerous precedent of repatriation to countries that might not be the safest place for such artefacts.

This leads us on very nicely to another matter of imperial looting that occurred during the second opium war; this time with the 8th Earl of Elgin responsible for the acquisition. A joint force of British and French troops managed to defeat the Chinese and proceeded to sack the Emperor’s summer palace. The event has become an embarrassment for the Chinese and while I do not condone such thuggery, with the advantage of hindsight it is clear that Britain should keep hold of the loot for one simple reason; the Chinese cannot be trusted. Such a statement may appall some readers, but it is the truth. This is the country that started a ‘cultural revolution’ and in the process, destroyed many of its own antiques and precious historical objects that did not agree with its communist one-party state ideology. Had Britain not been in possession of these thousands of items, they might well have been destroyed for ever and their knowledge and beauty lost to the flame and the hammer of the philistines. If China were to transition to a liberal democracy, I would be the first to advocate their return. But, while China’s government remains a fan of censorship and totalitarianism they can not be trusted to look after such significant pieces of history.

So readers, I hope I have persuaded you. If not, then it is your loss. But think for one moment, not with your emotions but with rationality. Explore the history and legality around such items before you jump on the bandwagon and to advocate the ‘return’ of treasures. Imagine if Colchester were to suddenly start asking Norfolk County council for reparations because of Boudicca’s sacking. It may be hard to accept, but modern international law and principles did not apply in the eighteenth century. So we can not and should not apply them to issues which for all intents and purposes should not be issues in the first place.