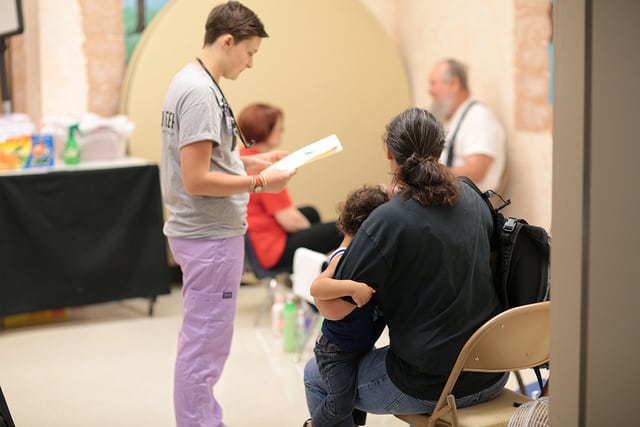 As humans, should we play God?

For once, the content in an article of mine is not political, but instead an appeal to humanity. The world is heading towards an increasingly perfectionist trend with the possibility of designer babies not far away. The chance to choose your child’s hair colour, eye colour or even gender might—to those control freaks amongst future parents—be a welcome change to all this confusing biology. You might well find this concept of designer babies abhorrent, and so you should; but the good news for now is that it is just a concept. However, there is already something along these lines happening in the UK today that is just as horrible. I speak of the systematic termination of pregnancies where the foetus is found to have Down’s syndrome.

It was recently reported in The Telegraph, and other publications in the US, that the future of people with Down’s syndrome in our society is under threat. The figures are most disturbing and if true, paint a rather grim picture; where some 90 percent of pregnancies where the foetus is shown to have Down’s Syndrome are aborted. Now, I am not some rabid pro-life activist of the sort you might find in America. Obviously it is the parents’ choice. But I find the fact that people would terminate a pregnancy purely because the child will have Down’s syndrome saddening. Why do people feel it is necessary? Do they think it is because a child with Down’s syndrome will enjoy a lower quality of life?

Maybe it’s because they believe some of the other big myths of Down’s syndrome like those with it will “die young” or “be forever a child”? Well, while people with Down’s syndrome did in the past have a less than average life span, thanks to modern medicine they can now face a much longer and happier life than before.

But what about them being supposedly childlike? First of all, how many adults still enjoy watching SpongeBob SquarePants or Adventure Time? I think you will find there are quite the multitude who still do. So can we say that any of us really abandon our childhood?

Secondly, if you ever need further evidence to counter this myth, look no further than to the fine example set by Mr John Franklin Stephens—a 30-year-old man with Down’s syndrome. Back in 2012, during a presidential debate, a political commentator named Ann Coulter wrote a tweet using the word “retard” in a most derogatory context. What followed was a nothing short of brilliance as Mr Stephens— a Global Messenger for the Special Olympics—penned an open letter to her explaining why she was wrong, and in doing so, he proved that he is head and shoulders above her, and many others, in terms of the sensitivity shown towards the disabled.

Another shining light in the Down’s syndrome community is Madeline Stuart, the first ever model with Down’s syndrome. She is not only a role model for young disabled people all over the world, but she is also just one of many reasons why those who dismiss people with Down’s syndrome are wrong. There have already been actors with Down’s syndrome in film and TV, and while they might not be able to complete a doctorate in astrophysics, they can sure as hell be valued as active members of society.

Then of course there is the pettiest and downright insulting myth that they will be “embarrassing” as children. Well I challenge you to find a child who isn’t sometimes a little embarrassing. One of the best parts about childhood is that you are not yet bound by social conventions so you can behave as freely or as embarrassingly as you choose.

People with Down’s syndrome are, in my experience, some of the happiest, friendliest and affectionate people I have ever met; and a lot less judgemental than most. They can have jobs, contribute to the economy, to culture and make the lives of those around them happier and fuller.

Where would it end? Do we then start to then abort all foetuses that have dwarfism? If there were no people with Down’s syndrome in the world, I would not have a sister. I would be one of two children, not one of three. It is a reality that I would not want to face and a reality that people should not seek just because they believe the false myths regarding those with Down’s syndrome. We have no right to deny these people a chance at life and if you think you do, then it would set us on a dangerous path towards a supposed perfectionist view of humanity. I say humanity’s imperfections are what makes it perfect and it would be detrimental to us all if they were to disappear.