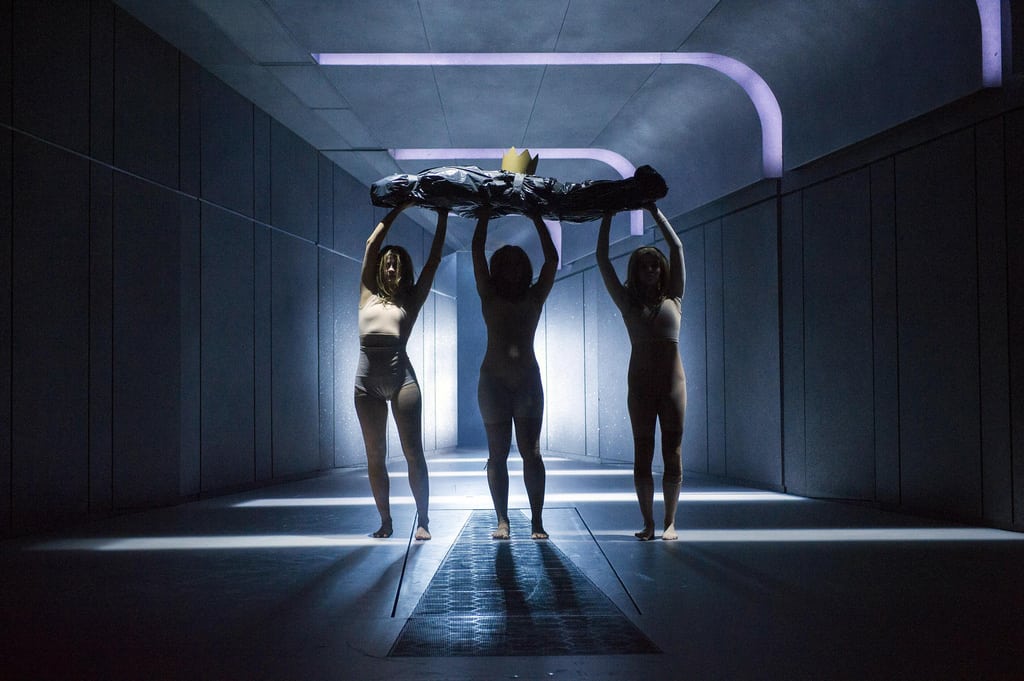 “Is this a dagger which I see before me, its handle toward my hand?”

Currently finding myself at the beginning of a Shakespeare module, it seemed very fitting to find myself at Manchester’s HOME to see a modern take on Macbeth’s violent and power-hungry play.

I’m always intrigued to see how a reworking of Shakespeare can be transported to modern day, this production made it look effortless. As if Macbeth’s tale was written to be performed in a sort of dystopian underpass. It was clever, accurate and relatable. It gave the sense of the darkness of the play, both physically in the dungeon-like modern setting, and practically of the murderous rampage the tyrant goes upon.

Beginning, of course with the witches, or weird sisters, whose spirits appeared to move them, it was a clever incorporation of dance and choreography to form their many movements giving the three power in the effortless form they created. They helped move between scenes, flawlessly being both a part of and distanced from the production; it allowed their power to be felt through scenes without physical interaction required. I was, however, slightly disappointed that Hecate was removed from the play, I feel her scene allows the connection of the witches to be portrayed, adding determination to their part. Regardless, the three sisters appeared strong and feminine, mystical and alive, carrying the spirits of the play through them.

Equally the leads of John Heffernan’s Macbeth and Anna Maxwell Martin’s Lady Macbeth carried through the violence, manipulation and strength required by this play. Lady Macbeth may not have been quite the innocent flower she wished to depict; instead she was surely the serpent underneath, portraying her strength and ultimate madness Martin triumphed in her portrayal. Likewise Heffernan was equally strong and persuasive in the end, overcoming his previous fears to take on his name as tyrant. The two complimented each other, passing over the power, strength of their characters to form an unruly double act.

The production was a perfect retelling of this well-known tragedy, elegantly retold in a new setting; the stage clearly the battleground of power and determination. With a cast all holding equal power in their presentation of the story, the tale shone through the stage and transported the audience to the battle of Scotland’s sovereignty. Equally it was engaging to have the play going straight through, the lack of an interval kept the suspense and darkness of the play; allowing it to unfold at a quicker pace.

If you’re around Manchester, catch Macbeth at HOME until Saturday 6th February.