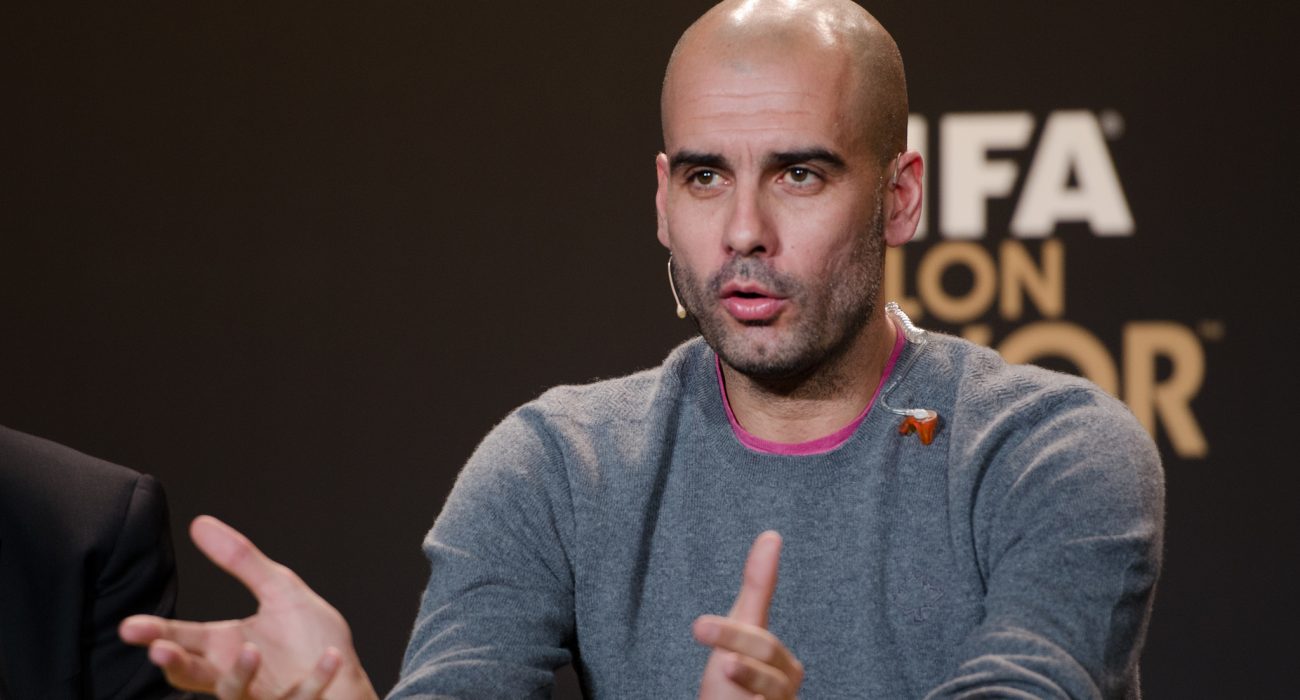 The Times labelled it “The greatest deadline day signing ever”; Sky Sports referred to it as one of, if not, the, “greatest managerial coups in Premier League history”; while Noel Gallagher, Liam Gallagher, and myself were sent into a Twitter frenzy. Given the unpredictability of modern day football and accessibility to social media, perhaps the latter isn’t as uncommon as one might think with events such as David De Gea’s protracted transfer saga between Manchester United and Real Madrid six months ago and Sergio Agüero’s last minute title-clinching winner for Manchester City three seasons ago sending the Twittersphere into overdrive time and time again. But the acknowledgement by the wider global media to Pep Guardiola’s appointment perhaps reflects not just the size of the news story itself and the size of the task Manchester City had in finally getting their man to join the blue side of Manchester, but if anything, clearly signals just how well-regarded and respected Pep Guardiola is in world football.

If I take my sky blue-tinted glasses off for one moment, I can only think that his arrival is for the good of the Premier League, not just for the high level of football his teams can produce on the pitch as seen with Bayern Munich and of course his imperious FC Barcelona, but also his management style, and for the continued growth and appeal of the English game. His arrival should also put an end, one way or another, to the myth that Pep Guardiola has perhaps had it easy at his previous two clubs. As proven this season with the unexpected rise of Leicester City, and the strength of teams right throughout the top half of the Premier League, it certainly will not be a walk in the park for Pep.

Firstly, it will take Pep considerable time to assemble his own set of players and preferred style of play. The Spanish and English press have quoted three digit million figures for his apparent treasure trove that he will have at his disposal to spend, yet in reality, it is unclear whether or not this will come to fruition. Clearly Pep will need to spend to bring his Barca style of play to Manchester City, but I would certainly like to think that he will retain the services of a large number of the current crop of City players, dispelling the idea that the current City players are playing for their future. Secondly, there is the competition itself and robust nature of the Premier League. Although it remains unclear whether it will return to normality next season, the traditional top four of yester-year has become a top six, a top eight, perhaps even a top ten. Television rights and increased financial backing means that the likes of West Ham United, Stoke City and Crystal Palace are beginning to sign players who would previously and traditionally have been linked with those competing in European competitions. The likes of Bojan, Shaqiri and Cabaye have already made their mark, and part of Guardiola’s thinking will be to never underestimate the opposition given the strength in depth running right throughout the Premier League. And finally there is of course the obvious stumbling block of adjusting to the English game. Given that Manchester City turned down the chance to sign their future boss as a player eleven years ago, one would certainly hope that Guardiola’s wealth of European experience will serve him well and allow for a smooth transition into everything the Premier League has to offer.

Therefore for the neutral, we should be grateful that such an accomplished manager has decided to further his managerial career in the Premier League. But as a Manchester City fan, of course I am absolutely delighted with his decision to join Manchester City next season, putting to bed the constant rumours of an impending departure for Manuel Pellegrini. At times it has felt like Manchester City have almost been like a jigsaw puzzle, gradually being filled in piece by piece by both the success and trophies on the pitch with the men’s and women’s teams and the advances and widespread developments off the pitch, with the CFA and regeneration of the local area. Pep Guardiola will hopefully be that final piece, which allows for a prosperous and sustainable future both on and off the pitch, and I am quietly confident that his arrival will help Manchester City fulfil their true potential in all areas of the game, both domestically and in the Champions League.

This, however, is to no discredit of Manuel Pellegrini, whose stabilising and calming influence has worked wonders upon the club, as has his management and success on the pitch. Out goes a manager with the complete respect and admiration from everybody at Manchester City Football Club, and arguably, throughout English football. As Sergeant Pep is set to arrive, This Charming Man will certainly not struggle to find a high-profile job, and as much as part of me hopes it isn’t true, Pellegrini would be the perfect fit for either Chelsea or Manchester United next season, with his fast-paced, attacking brand of football on the pitch, combined with his calm and relaxed approach in interviews and press conferences off the field of play.

But as for Pep Guardiola arriving as the new manager of Manchester City this Summer, in the words of Liam Gallagher on Twitter, I’m ‘still buzzing’.