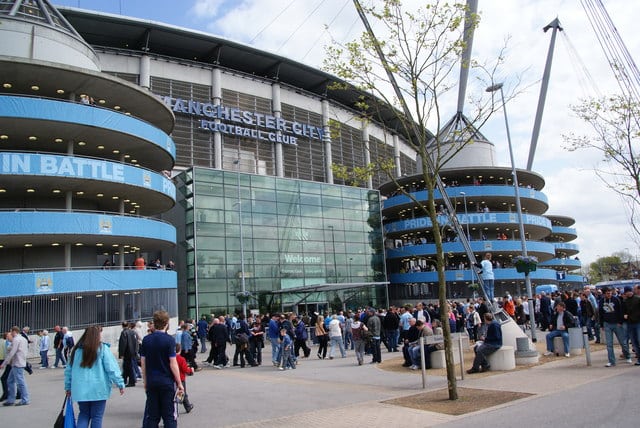 Tottenham Hotspur is a team used to being in and around the big clubs, but they have tended to fall short on a full title challenge. This season, however, is different given that they have climbed the table and are sitting pretty above Manchester City, Arsenal, Manchester United, Liverpool, and Chelsea. With Liverpool and Chelsea firmly out of the title race, and Tottenham’s main challengers being the even more inexperienced Leicester City, Spurs fans are beginning to consider themselves as title contenders. City must bounce back after a disappointing performance against high flying Leicester last week and not allow themselves to drop further down the table to keep the title dream alive.

The experienced Fernandinho and youngster Dele Alli will come up against each other in a midfield battle this weekend. These energetic players have been among the best performers for their respective teams this season, so it will be interesting to see how they get on against each other. This battle will most probably hinge on how Alli will conduct himself in such a big game, as Fernandinho is accustomed to high intensity big matches. If Alli brings energy and the lack of fear against more established players that he usually does, then Fernandinho could see himself having to use every inch of his experience to combat the Englishman. If Alli lets the big occasion get to him, however, it would seriously dent Tottenham’s chances of winning the game, as they depend on him so heavily.

A first half goal from Kevin de Bruyne was the only solace in a difficult game in the North London arena where City usually do well. Tottenham scored four goals courtesy of Eric Dier, Toby Alderweireld, Harry Kane, and Érik Lamella. This was one of the early signs that Tottenham were good enough to go all the way this season; Since then, Spurs have leapfrogged City and are showing no signs of slowing down.

·         Vincent Kompany has recovered and will be fit for selection.

Two big names are keeping Tottenham in fine form; Harry Kane and Dele Alli; what do these players have in common? They’re both English! Kane and Alli are certainties on the plane to France for the European Championships this summer. Along with City’s Raheem Sterling and Fabian Delph, the Premier League has displayed some fantastic English talent trying to get themselves on the plane, such as Leicester’s Danny Drinkwater and Everton’s Ross Barkley.

Alli scored a beautiful goal earlier this season on his England debut and Kane has been a regular after his fantastic goal splurge in last year’s breakthrough season. Kane has rejected any claims from critics that he would struggle to follow up on last year’s excellent form by hitting 15 goals in 25 games this year. There are rumours that Roy Hodgson could call-up City old boy Kieran Trippier to the England squad, after his string of excellent performances for Spurs. With more Englishmen performing so well for Spurs, such as Eric Dier and Tom Carroll, they will be looking to build their squad around these English hopefuls. With teams like Tottenham, Leicester and West Ham United breaking into the top six, this is giving more opportunity at the highest level for these young England players.

At this rate, England might score two more penalties than usual in the penalty shoot-out… before the inevitable exit at the hands of the Italians this summer.

Talk has been rife in the footballing world this week, as Liverpool fans staged a protest about ticket prices at Anfield. Pellegrini was asked about this: “It’s very dangerous to have high prices; it’s an important thing for clubs to have a normal price so fans keep coming.”

Many things are predictable in life. For example, your mum will always be the first to like your Facebook profile picture, Bruce Forsyth will outlive us all, and the fella’ outside The Arndale will definitely attempt to sell you his mixtape. Even more predictable however, is that Arsenal will finish above Tottenham in the Premier League. We have to go back to 1995 to see when Tottenham last finished above Arsenal—and I wasn’t even born then.

This year, however, there is a belief that Spurs can finally challenge Arsenal (and maybe even the rest of the league). An Arsenal side that has spent a lot of cash in the last two seasons has found success in the FA Cup, but hasn’t managed to transfer this to the Premier League yet. The Fourth Place Champions consistently fall away in the title race around this time of the year… every year. Tottenham, however, have spent wisely and invested in youth. With Mauricio Pochettino at the helm, supposedly touted for Manchester United’s next manager, an entertaining yet efficient style of play has been installed, which is seeing them improve each week. In his pre-match press conference, Manuel Pellegrini was high on praise for Pochettino, stating that he is a “very good worker…and also he plays attractive football.”

Leicester’s rise to the top of the Premier League has taken the league by surprise, as pundits, fans, and even managers in their pre-match conferences want to bang on about the East Midlands team every week! This has worked in Tottenham’s favour, as they have quietly climbed their way up the league and have just as much opportunity to win it now as the other teams up there. Leicester took the press’ attention with them to the top of the league, which had the side effect of also bringing the related pressure with them; this leaves Tottenham free to play their way to the top. The people have noticed Tottenham now though, and time will tell if this will affect the North London side.

Back to Vinning ways?

This weekend will see the return of Manchester City captain Vincent Kompany! The captain has been out for a substantial amount of time this season with injuries, and the statistics have showed that City have missed him. At a time where City need to start pulling up their socks, this will be welcomed news in the blue half of Manchester. It is expected that Martín Demichelis will make way for the Belgian this weekend after Manuel Pellegrini announced that the Kompany will be available for selection after playing 45 minutes against the under-21s recently.

On Kompany’s injury, Pellegrini said “it’s impossible to know [if there will be another problem with his calf, and that] it’s very difficult to find particular things with muscle injuries.” Although this may still leave a lingering feeling of apprehension in City fans’ minds when Kompany steps out on the pitch, his presence will surely put fans back at ease.

After City’s fall at the hands of Leicester last week, they are now in fourth. With the top four being incredibly tight, all four of the teams are feeling the pressure this weekend—especially as they are all playing each other. Over at The Emirates Stadium, Arsenal host Leicester City at midday Sunday in yet another title showdown. A point would be perfect for both City and Tottenham, and the two have the advantage of knowing the score from The Emirates before their kick-off at The Etihad.

As last week, Pellegrini still persists that any of the top six can still win the league, labelling this upcoming game as “not a decisive game, but a very important one.” With these big games happening so early in the second half of the season, this offers the chance for the games to be less cagey and more entertaining (We hope).

City have the talent to beat Spurs, and hopefully will be full of motivation after suffering so heavily last week. However, it will be very difficult to break down such a well drilled Tottenham side that are showing no fear going forward. In my prediction I’m going to bottle it and predict a low-scoring draw. One thing’s for certain though—it’ll be a close one. But what do I know? I said City would win 2-0 last week.