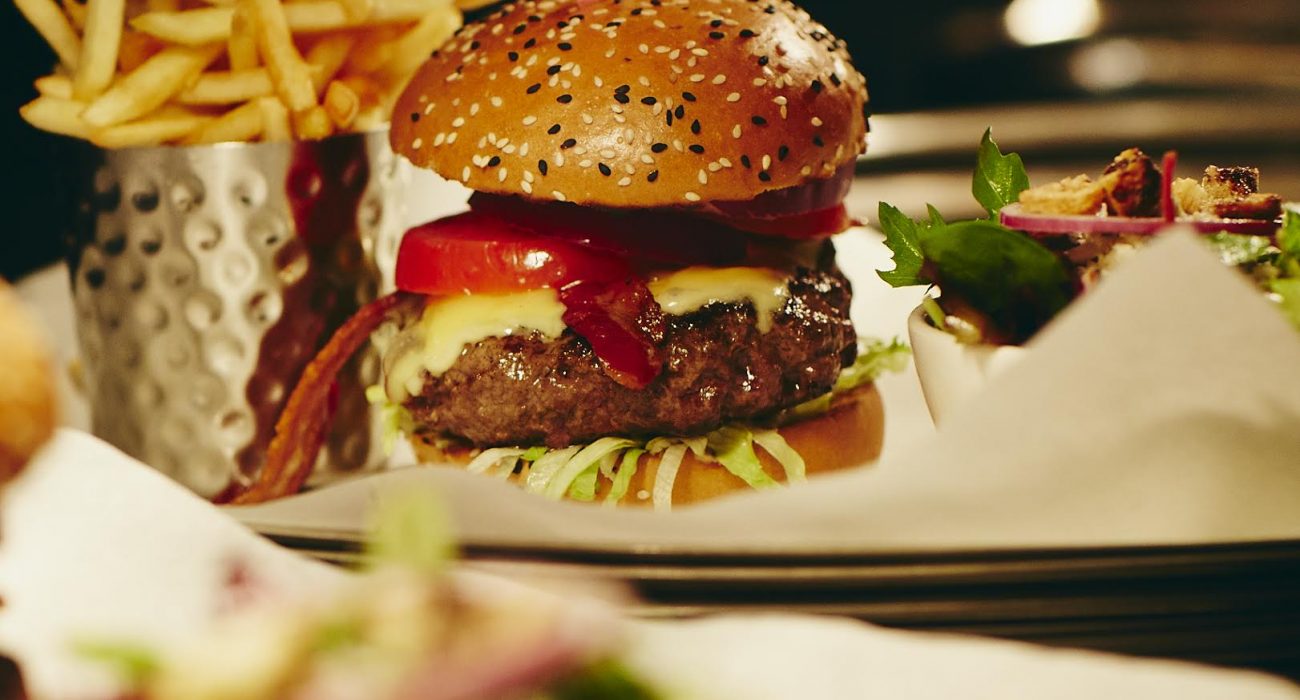 Humanity, corporate success and fetishism in the restaurant industry

I believed that in the culinary world there was a truism, that it was not in the interest of anyone coveting wealth to get into the industry. To have a financially successful restaurant is a tremendously difficult thing. So Mikhail ‘Misha’ Zelman must be doing something extremely right. With a combination of innovative ideas and deep pockets—stemming from a background in commodities exchange—he opened and ran 10 steakhouses in Moscow, along with George Bukhov & David Strauss. After the success of the Goodman’s franchise, they turned their sights on London. They opened 3 more branches and with this acute knowledge of aged meat and an idea to make the luxurious affordable, came the group’s most successful chain: Burger and Lobster. In the 2014 calendar year, the company turned over £27 million, selling 22,000 lobsters per week. Thus, I begin to doubt everything I thought I knew about restaurant economics.

Burger and Lobster has been running for five years and already boasts 9 branches in London with 3 more set to open in 2016. They have additional sights in Bath, Cardiff, Kuwait, Stockholm, New York and Dubai but most importantly, Manchester as well. The company owns a stake in a lobster fishery in Canada where shipments are made everyday to Heathrow to a custom built lobster holding facility. As part of a promotional event for the fledgling Manchester branch, myself, along with other journalists and lobster enthusiasts, were invited to join a company trip to see the tanks and continue on to their Soho restaurant in Dean street.

On account of the merciless employees of the Virgin Trains syndicate–and partially my own incompetence—I missed out on the tank experience and had to join the group at the restaurant instead. But they very kindly gave me the specifics of pH balance, salt to water ratios, removal of dead lobsters and constant maintenance. All the right knowledge to put down naysayers of lobster violence. “Oh the humanity” you hear them cry, whilst eating chickens slaughtered out of sight and out of mind. I used to work in a fish restaurant and had to kill lobsters by hand almost everyday. I think every omnivore should be prepared to do this, to know where your food comes from and be human enough to kill it.

Following text instructions from a very helpful woman in the PR department, I made my way through the crowded dining room to the back. Two large tables played host to head chefs, general managers, social media executives, marketing managers and the UK operations manager. A space was made for the ‘young man’ and I sat and quaked in my Le Coq Sportif’s. I was a fraud, here amongst all these heavy-hitters I sat, a lowly critic from a student newspaper.

Before having time to plan an escape route I was inundated with cocktails adorned with sprigs of rosemary, patented sherry tonics and whipped egg whites. They were exhibiting the old cocktail menu with its new editions and I couldn’t pretend that I wasn’t impressed. We were encouraged to slap rum bitters on ourselves like cologne in some cocktail crazed ritual. Then came the lobster, in freshly baked brioche buns. The lobster roll may have been the greatest sandwich ever conceived under the canopy of heaven. I knew it had humble beginnings as a poor man’s meal, but I have recently learned that it used to be the reserve of the Canadian prison system.

After our incredible tasters we ordered mains. The menu is stripped down, hyper-minimal and a result of Zelman’s mono-product philosophy. By having only one or two items on the menu, you never had to throw away the produce for dishes that weren’t selling—thereby keeping wastage to an absolute minimum and increasing profit margins. Both of the restaurants namesake dishes came in two formats; a classic burger, comprised of three different cuts of meat and all the relish of a post Iron Curtain Big Mac fetish. Or you could opt for the healthier version, the ‘California style’; with meat between two halves of lettuce—a nod to the omnipresent health food trend that is currently plaguing the nation. The lobster comes grilled or steamed, and I went for the former. It was great, it was exactly what I expected a lobster to taste like.

Their restaurants operate a no reservations policy, another prolific food trend of 2015 that shows very little signs of dwindling.

The restaurant market is increasing by 2 to 3 per cent and 2,000 new restaurants per annum. Manchester is seeing the effects of this with an ever expanding food scene, and more and more London franchises are making their way up the M40. Manchester has Hawksmoor, Wahaca and now Burger and Lobster. But is the chain such a bad thing? Success is far from a dirty word in the restaurant industry, and if a company is doing well, then why shouldn’t they expand? Or do the chains push the independent outlets off of the high street? And is community making way for commodity? Either way, the Goodman Restaurants show no sign of slowing down.

Visit the Manchester branch at: