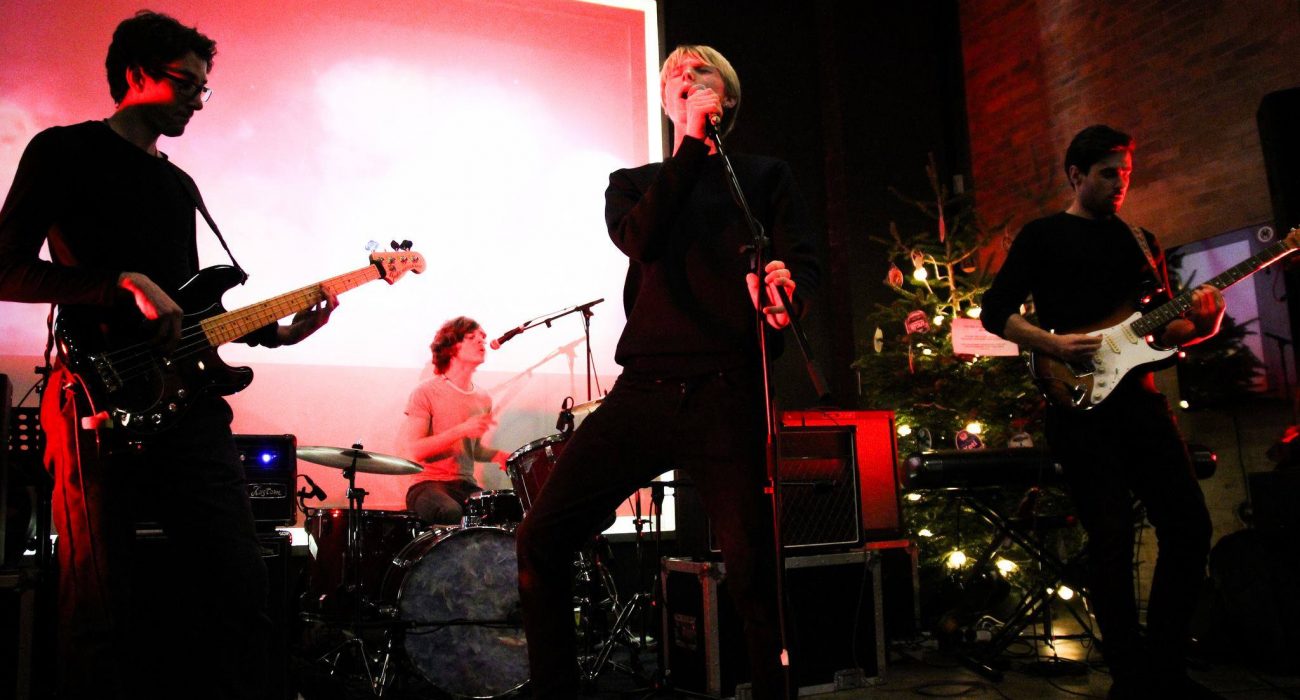 What do you get when you cross David Bowie, Red Hot Chili Peppers and Led Zeppelin? NUDE. I can assure you this is no joke.

An excellent quartet studying at Manchester’s Royal Northern College Of Music, NUDE boast a set of instantly memorable and highly entertaining songs. Though their lyrics are simple and easily accessible, their music is underpinned by instrumentals which dart and jump from rhythm to rhythm, melody to melody, and new idea to new idea.

Their musical prowess—combined with a tongue-in-cheek stage presence personified by hip thrusting and morsels of witty humour—make them an extremely likeable live act, and one which has been winning over audiences wherever they play. A blend of rock, disco and funk influences pervade much of their material; all of which has tended to be upbeat and danceable. Think of a younger, more aggressive Chic.

And NUDE certainly have an old school quality about them; they’re not a band looking to get all up in your face or make you feel as if you’re witnessing some sort of Second Coming. They may—in the eyes of some—lack an edginess in this respect, but that’s missing the point. What they are, is a band that puts on a fantastic live show, dishing out some great songs that immediately put a smile on your face.

It’s refreshing to see a band remember that music is entertainment, that it can be a feel-good force for enjoyment rather than self-indulgent typecasting. NUDE seem to fully understand this, and they just want you to dance.

Even in these early stages, NUDE are carving out a distinct sound for themselves, using their full arsenal to good effect, and writing some damn good music, so go and see them live. Get on board and expose yourself.