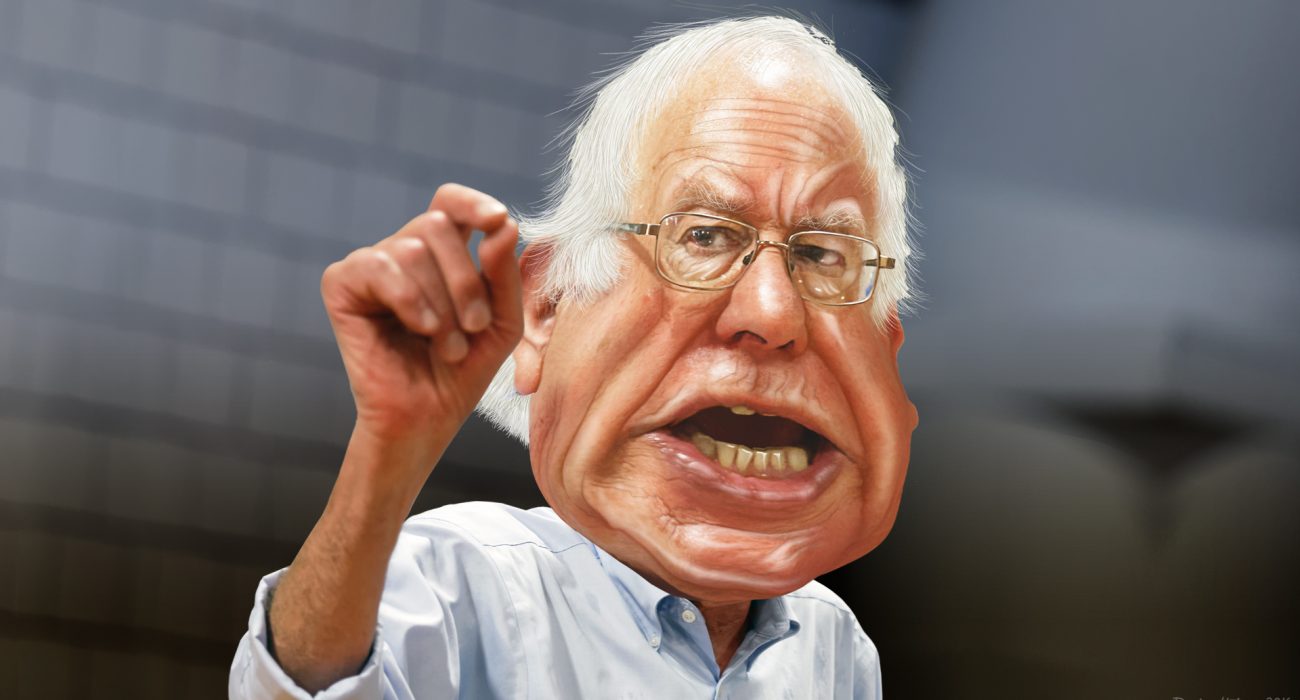 Bernie Sanders is proving to be part of a wave of American politicians making waves by distancing themselves from big money. Photo: DonkeyHotey @Flickr

There aren’t many consensus issues in the USA. Opinion on same-sex marriage is split. 60 per cent of the population now support it—a record high, but the other 40 per cent are extremely active and vocal on the issue. Rowan County Clerk, Kim Davis was willing to go to Prison for refusing to sign Marriage licenses, in defiance of a Supreme Court ruling in favour of same-sex marriage (Obergefell versus Hodges).

Likewise, the Affordable Health Care Act (2009), possibly the most prominent initiative of Obama’s Presidency, remains controversial. 43 per cent of approve of it, and 51 per cent don’t. As with gay marriage, its detractors are more vocal than its supporters. Congressional Republicans have attempted to repeal ‘Obamacare’ more than 60 times but have failed to secure the two-thirds majority needed to override Obama’s veto power.

Trump has shown us that a sizable part of the GOP Electorate is tired of the bog-standard D.C Politician. The brash, bold, and bigoted billionaire is a consummate Washington outsider, with no recurring soundbites, no political experience, and no policy details. It has been a good year for ‘outsiders,’ with Cruz also rising to prominence in the Presidential race. The Iowa Victor is a far-cry from John McCain who described Cruz and his Tea Party allies as “wacko birds.” A sizable amount of Republican voters remain with the establishment, throwing their lot behind Rubio, or still hanging on to a beleaguered Bush. But no individual among this bland amalgam has managed to engineer a counter-coup against the populists.

Sanders and Clinton have split Democratic voters, mainly between younger idealists and older realists. Sanders’ presents an opportunity for fundamental change while Clinton promotes herself as a more realistic incrementalist. 85 per cent of Iowa Democrats under 30, and a majority of those under 45 caucused for Sanders. The result was the closest primary vote in the USA’s History. Both camps are split on the future direction of America’s oldest party.

However, there remains one issue most American’s agree on, but which the Washington sphere is naturally unable to address. The need for Campaign Finance Reform.

84 per cent of American’s agree that money has too much influence in politics. Two of the most popular Presidential candidates, Trump and Sanders, make a point of not having a ‘Super-PAC,’ and both have received a large number of smaller donations—substantially more in Sanders’ case. Sanders’ says he doesn’t do negative campaigning but, has consistently mentioned Clinton’s financial connections to Wall St. whenever the funding issue has been brought up.

It was money, or lack thereof, which was the difference between victory and defeat in the 2014 Congressional elections. 91 per cent of victors were also the better-funded candidate. The President is unable to take action. He is cornered by a Republican majority, a Supreme Court which ruled that campaign finance regulations violate the First Amendment (Citizens United versus FEC), and perhaps even his own campaign donors. Large individual contribution constituted the majority of Obama’s campaign funding in both 2008 and 2012. If he had taken action to reform the campaign finance system in his First term he likely would have failed, and would have subsequently found it difficult to raise the funds needed to compete with Romney in 2012. Large Donors are now active in Congress, and the Executive, and are supported by the Judicial Branch.

Take, for example, the National Rifle Association (NRA). A pro-gun activists group founded in 1871, the NRA has focused on lobbying since 1975. Their “A” rating on Gun issues is essential to legislators looking to secure their backing. The NRA wins elections. 91 per cent of their endorsed candidates won in 2014. While promoting itself as a grassroots group in favour of regular gun owners, it often backs policies that many among its base don’t.

72 per cent of NRA members support universal background checks. However, Obama’s executive order demanding them was met with hostility by the Association, which only derives half of its income from membership fees. The rest comes from large gun manufacturers. They constantly portray Obama as a threat to the Second amendment, despite the fact that as a Senator he voted against the Confiscation of legally owned guns in times of emergency in 2006.

The NRA, therefore, misleads its supposed base, does not listen to their opinions, and exclusively supports positions which favour its larger donors. Is it any wonder that many American’s have no faith in this system?

The NRA is not exceptional, it is one among many. According to one Historical analysis, since 1945 interest groups have been the second most influential factor in 790 major policy changes, one place below the executive, and one place above congress. Today, all three take corporate money.

We can scorn Trump’s bigoted rhetoric, and the support this brings him. We can mock Sanders’ optimism, and label his supporters as idealistic dreamers. But their attempts to disassociate themselves from large donors has an understandable appeal. It’s an appeal so strong that it sometimes transcends their already thin party associations.

At the New Hampshire Republican Primary there were 2,095 write-in votes for Sander’s and, on the Democrat’s side, 1,795 write-ins for Trump.

The American electorate is sick of the same old Corporatist politics, the same old Washington Game. They’re making sure that their party higher-ups know it.