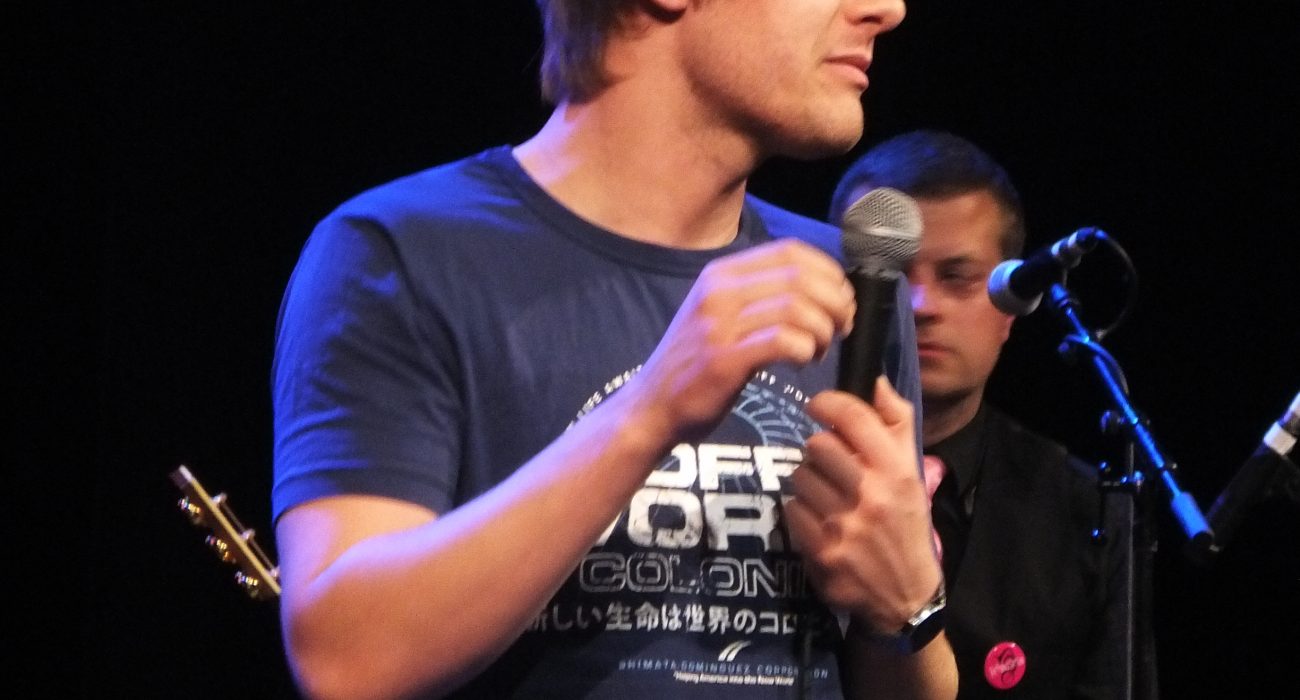 Review: Chris Ramsey’s All Growed Up

A six month wait for the show at Salford’s The Lowry was well worth it, as Chris Ramsey came to stage and performed a polished act that left you both crying and cringing! Ramsey told the story of becoming grown up, retelling his life from childhood all the way up to buying a house and becoming a father. He seemed to enjoy being back in the north where the beer is better and the humour is friendlier, after a troublesome time in London the week before. Ramsey had found himself being pinned against a wall in his hotel by a policeman in his underpants. I must make it clear that it was Ramsey in his underpants—not the policeman. This turned out to be a mix-up as Ramsey wasn’t the knife-wielding criminal they were actually looking for. The jolly Geordie made it to stage in Salford without threatening anyone along the way… presumably.

Ramsey’s energetic style on the stage was infectious as the whole crowd was in tears of laughter; the show overran by half an hour as they just couldn’t get enough. The show included some jokes that made you wince more than laugh—not because they were bad, but because they simply hurt to think about. The latter part of the show particularly made it difficult for me to look my dad in the eye once I had arrived back home.

Whether it’s just a Northern thing or not, I’m not quite sure, but Ramsey felt very relatable as he spoke about family holidays that everyone in the room had been on, playing games as a child that everyone had already played, and a dislike for parts of the south that everyone except southerners has.

Personally I haven’t seen much of Chris Ramsey on his own, as I’ve mostly seen him on panel shows like Celebrity Juice. Often it’s dangerous to go and see a comedian that you have just enjoyed on a panel show, as they may be completely different on stage alone, or repeat old gags. However, with Ramsey it was the complete opposite impact! Panel shows don’t highlight just how funny he is, as when he started to talk to the audience he really flourished and showed how genuinely funny and spontaneous he can be.

Despite how funny he is though, the largest audience reaction didn’t come from anything that he said—it was when Pete on the front row announced that he worked for Inland Revenue. What a bastard.