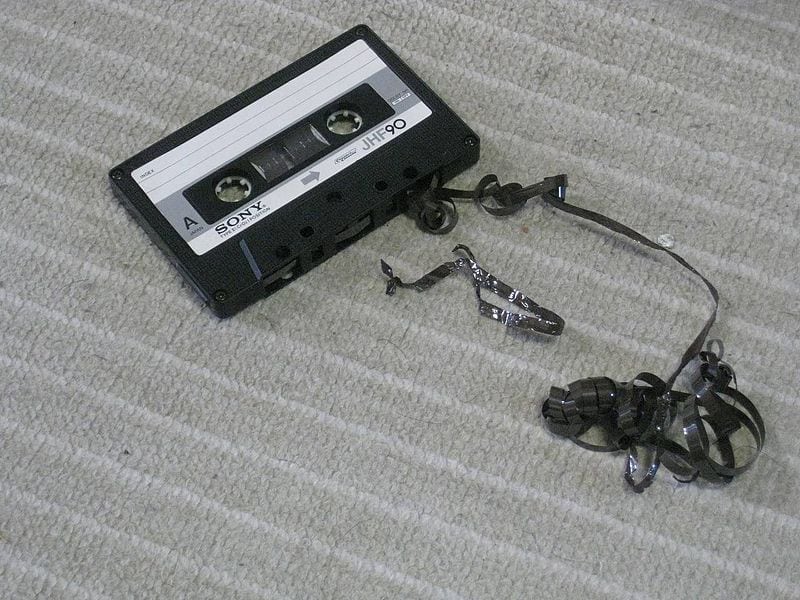 Watch the Tapes: Are Cassettes Making a Comeback?

You’re unlikely to read any thinkpiece on the music industry without being reminded of the startling resurgence in vinyl sales over the last five years. Sales last year reached levels last seen in the 1990s, challenging conventional wisdom about music consumption that has declared the death of physical formats on an almost monthly basis. And now, a curious development suggests we might need to shelve that obituary for a good while yet: Are cassette tapes really set for a comeback?

The National Audio Company, one of the last remaining cassette manufacturers, announced it had produced 10 million units last year, with sales up 30 per cent. That’s nothing compared to digital album sales, or even CD sales. But few formats seem to attract as much derision as the cassette tape; when asking friends and family for their thoughts on this purported renaissance, I didn’t receive a single positive response and most were incredulous that anybody could feel affection for them. “The hissing…”, my Dad sighed—he certainly didn’t sound wistful. A New York Times editorial claimed, “The cassette is the embodiment of planned obsolescence… each time you play one it degrades. Bad sound gets worse. Casings crack in winter, melt in summer. Inescapably, a cassette tape unspools: It’s only destiny.” Even in The Mancunion Music section, of all places, I don’t know a single Walkman-owner.

So what, then, explains this revival of interest in a product many consider to be rightly dead and buried? Esther Ford, owner of Withington’s Deco Records, believes nostalgia is central to why her shop’s cassettes have sold so quickly. Having bought her first albums on cassette, Esther is well-placed to discuss their appeal. As music consumption becomes increasingly digitised, she says, many are drawn to the artwork and detailed liner notes offered by physical formats. This has been highlighted as a factor in vinyl sales, but seems particularly appropriate to cassettes; as she shows me boxes of intricately hand-decorated mixtapes and speaks of hours spent taping and splicing tracks, the sentimental appeal is evident. Numerous online services boast of their targeted playlists and recommendations, but are unable to match the mixtape’s personality.

In the current musical climate, a fondness for something truly one’s own is understandable. As increasing numbers of people use Spotify, Apple Music, and Tidal to stream music (okay, I’m joking about Tidal), music ceases to be ours as we rent it rather than own it—even mp3s can be copied and burned to disc. That’s why Kanye West is at liberty to pull online-only The Life of Pablo from all official outlets on a whim—his control and ownership is absolute. Contrast this with the lyrics to Bow Wow Wow’s ‘C·30 C·60 C·90 Go’, the world’s first ever cassette single, which boasted “I don’t buy records in your shop, now I tape them all on Top of the Pops”, and you might see the tactile, portable cassette’s appeal for those concerned about the implications of renting music.

This isn’t to say cassettes will take the world by storm soon or ever. Sales remain comparatively low and are only rising from a lower starting point. As such, an industry has yet to form around cassettes as it did around vinyl; while the latter’s profitability is fuelled by the premium price tag attached to new releases, cassettes have attracted minimal commercial activity. Most cassettes sold are second-hand or independently-released: Esther tells me about local independent artists, reacting against polished production techniques, recording straight to tape for its warm, warped effect. There is some evidence this could change—Justin Bieber is now available on tape—but for the time being, the format’s staunchly alternative market seems unlikely to propel the cassette industry towards commercial viability.

All in all, it is difficult to proclaim a ‘cassette renaissance’ when the format overwhelmingly attracts a small market of independent-minded musicians and consumers nostalgic for a cheap, unpolished medium they don’t remember: The cassette tape’s profitability and reach remain limited. What use is Cassette Store Day when, as Esther reminds me, there aren’t any cassette stores? On these grounds, it’s hard to see cassettes becoming the commercial juggernaut they once were. Then again, in a world where I can play Justin Bieber on a Walkman, I think I’ll decline to make any predictions.