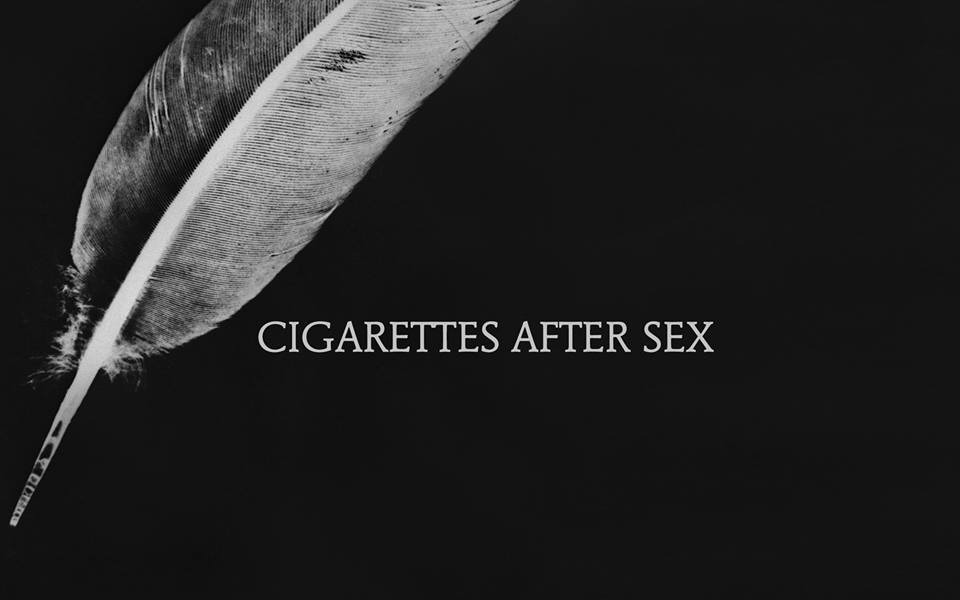 Sometimes a band can make too much noise. So much, in fact, that the purpose of making a listener feel anything can be lost. Excitement can be drawn from a whisper just as well as a shout, and in the case of New York ambient pop band Cigarettes After Sex, they did just this, giving an irresistibly hypnotic and deeply heartfelt performance at Fallowfield’s Fallow Café.

Cigarettes After Sex’s sonic texture may strike some as formulaic; the resonant guitar playing and wash of gentle synthesizers does not vary a great deal. But the interplay between the instruments adds an unmistakable atmosphere. This lick of dark paint, when applied to a set of already charming songs, sets the band apart from anything else you’re going to hear.

In the hands of any other band, captivating ballads such as ‘Nothing’s Gonna Hurt You Baby’ and ‘Affection’ could’ve been crassly misused and over-performed. For Cigarettes After Sex, the simplicity of their delivery is what makes them so appealing. It took only a quick glance around the room to see their impact. The whole audience were wide-eyed and silent, totally involved in a hazy trance. It felt as if you were intimately connected to the band as they mused on new-found love and barely remembered drunken arguments.

They channelled all of the somber introspection of The xx and Joy Division, but seemed to do so with a sense of underlying levity. The best descriptive sentence I can come up with for them is sad songs sung with a smile. If there were only a single word available to describe Cigarettes After Sex, it would be tranquil.

The evening was incredibly chilled and hugely enjoyable, in part due to the fantastic performances of the band, but mainly due to the quality of their material and ability to craft an alluring mood. Should they grace Manchester with their presence again, I would strongly urge you to go and see them. And invite that person you secretly fancy along too; the music is so romantic it’s bound to make them fancy you right back.