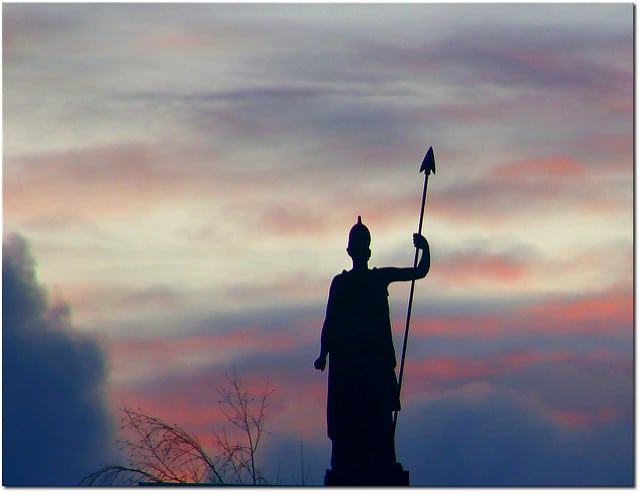 Leave behind the EU and embrace Rule Britannia

The EU is quite the hot topic these days. It seems to have a monopoly on our news outlets and will continue to do so until the 23rd of June when it will at last all be over. The sweet release after months of campaigning has taken its toll will be evident, and we will either have a vote to remain or a vote to leave. I would very much prefer the latter and I will explain briefly why.

But firstly, for the more attentive amongst you it may come as a surprise to see me pen another article this year. Indeed, I did say that I was spent for the rest of the semester. But when my editor put out a call for someone to write a piece on the merits of Brexit, the opportunity was too much to pass up. So back to this grim business.

The paramount reason for us to leave the EU, and hopefully trigger its collapse, is because of its basic threats to democracy. It has ridden roughshod over the parliaments of Greece and Portugal, is victimising Poland for electing a Eurosceptic government and has an all-powerful executive comprised of appointed bureaucrats who are unaccountable to the likes of you or I. I doubt they answer even to God at this point. Britain is therefore in very great danger of being sucked further into the project.

There is contentious argument over how many of our laws are made in Brussels. But whether it is 70% or just 15%, the figure is immaterial. Even a single percentage should be completely unacceptable. We have fought wars against two kings to establish the sovereignty and rights of the British people and the British parliament and yet we are willing to capitulate our legislative abilities to these continentals? The EU is not accountable to us. If we dislike a law imposed on us by the Commission, can we overturn it? Nope. This should be an affront to us all. For it was Britain who invented parliamentary democracy, the rule of law, the right to own property, habeas corpus; the list goes on. Much of this is threatened under the EU and so we must be away.

“But what about our influence in the world?”, the Remain campaigners screech as they hurl darts at a Nigel Farage cut out. They say we cannot go it alone. That we are too small a country to negotiate our own trade deals or that we will be at risk of attack should we leave. What do I say to that? Poppycock! I’ve heard more truths from Fox News on the theory of evolution. Of course we can go it alone.

We are the 5th largest economy on the planet and we have the strongest military in Europe. I like to think that we could cope outside the EU. Norway and Iceland seem to be doing okay and last time I checked they weren’t being annexed by Russia. Please note this could change by the time this is published.

In terms of trade deals, we have links to possibly the biggest community on the planet, the Commonwealth. Why not trade with countries who share our language, our values and our love of cricket? The Prime Minster of New Zealand recently said that we are forgetting who our friends are; many are emerging markets and healthy growing economies as opposed to the pitiful state of Europe’s economies.

We have bugger all influence in the EU as it is anyway. In the last 20 years we have objected to 55 pieces of legislation in the council of ministers and 55 times we have been defeated. That is not influence, that is irrelevance.

Now you could vote to remain and look forward to a United States of Europe being shackled to the likes of the French, with our flag to be replaced by that blue and yellow monstrosity and have Ode to Joy being our national anthem. We joined with the promise of free trade and instead have been sucked into participation of the early stages of a super state. We should strive for a Europe of independent nation states free to do as they please, and it is up to us to blaze the trail for them.

So on June 23rd, vote to leave the EU so that we might again completely govern ourselves and trade with the world as we should like. Because, to quote Tony Blair (I can’t believe I just said that): “The British are special. The world knows it. In our innermost thoughts we know it. This is the greatest nation on Earth.”

And by Jove we can go it alone.