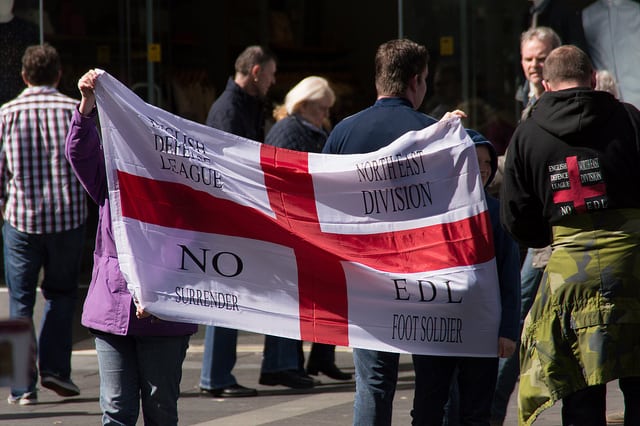 Britain under the far-right wave

The far-right movement is coming to Britain as it came to mainland Europe and the United States. People are looking for answers amidst economic stagnation, the Euro-crisis, and fear of cultural decline. Since the people in power cannot give reassurances, let alone providing hope, people look to fringe, comparatively extreme parties, which, by now, aren’t on the fringe and don’t seem so extreme.

British people have this pride of political exceptionalism that doesn’t exist with the French and the Germans. The British do not seem to think that the belligerently anti-immigration movement applies to them, or that they will have the sort of tanned-orange nightmare Americans have now. For prevention, I plead the British to recognize that they are not a political anomaly.

The far-right movement emerged in 1989 when the leader of the Freedom Party of Austria (FPÖ), Jörg Haider, became governor of Carinthia. Throughout the 1990s and 2000s, debates about Islam and integration became more prevalent. As polling results show though, opinions were generally rejected as radical. However in 2011, the euro-crisis gave extremist parties another talking point on their agenda, right next to anti-immigration. Votes for France’s National Front (FN) and the Netherlands’ Party for Freedom began to climb. Even the Germans (whose country was responsible for bail-outs) had Alternative for Deutschland, which wanted to break up the Euro.

Far-right parties adapted the welfare aspirations of the left with their nationalism, recasting themselves as anti-establishment—in a sense, undergoing moderation to fit with EU driven prosperity. Now that the status of the EU is being questioned, confident proclamations of extremist dialogue are being heard once again. There are few European countries where a populist party has no political power. FPÖ came in second after the Social Democrats, their worst results since 1996. Prime Minister Victor Orbán of Hungary is already espousing far right ideas to make up for his own party’s losing popularity. The face of the far-right movement, Marine Le Pen, won more votes than the Republican and Socialist Party late last year, gaining popularity while enjoying her title as an outsider. In the United States, anti-establishment rage has manifested itself in the Black Lives Matter movement, heightening fear among white nationalists of a changing America, who, in turn, feed the fire of a sound bite demagogue.

The mythical Nordic region attempts to hold on to their culture amidst the refugee crisis, meaning that it has become more common for the most tolerant people in the world to despise Islam. It’s no coincidence that Sweden Democrats has won more votes after the country accepted an inundation of refugees. Neither the Moderates nor the Social Democrats were able to gain majority, and the Sweden Democrats became the second-biggest party.

Britain doesn’t need an evangelical base for the far-right wave to come crashing at her shores. The western world has shown that if insecure enough, the university educated will join the working class in support of a far-right party. The subject isn’t touched upon by many pundits, but those that do claim that British politics doesn’t have an outsider candidate like America does. May I remind you that the vulgar monstrosity came out of nowhere; his last interview regarding politics was in the 1990s. All it takes is one charismatic leader that appeals to the anxieties of the people. Criticize the Conservatives for their elitist policies, shame Labour for being terrorist sympathizers; its amazing what carefully timed rhetoric can do.

The only European countries where extreme populism has failed to gain traction are in Spain and the western Balkan states. Their history of nationalist violence would be the perfect place for xenophobia if not for the people remembering that they too were in the refugees’ position of an involuntary vagabond. Spain has seen an inflow of immigrants from 2000 to 2010 but has dodged the bullet because of Spaniards’ fear of returning to any semblance of Francisco Franco’s fascist dictatorship.

As Britain does not share a similar history with Croatia or Spain, it must move to other options. Learning from our European neighbors France and Hungary, the Labour party would be wise to find a leader that doesn’t alienate liberal voters. Keep people from straying to other options by heavily discouraging Labour members from getting too friendly with the BNP or Islamic militant groups. The key is for Conservatives and Labour to strengthen their core demographic and cooperate with each other against a common cause.

People are more concerned about national culture, identity, and quality of life than material goods. With public services under strain, the British becoming increasingly concerned with immigration, and the search for a national identity still unanswered, the vulnerabilities of this country to such transpirations cannot be emphasised enough.